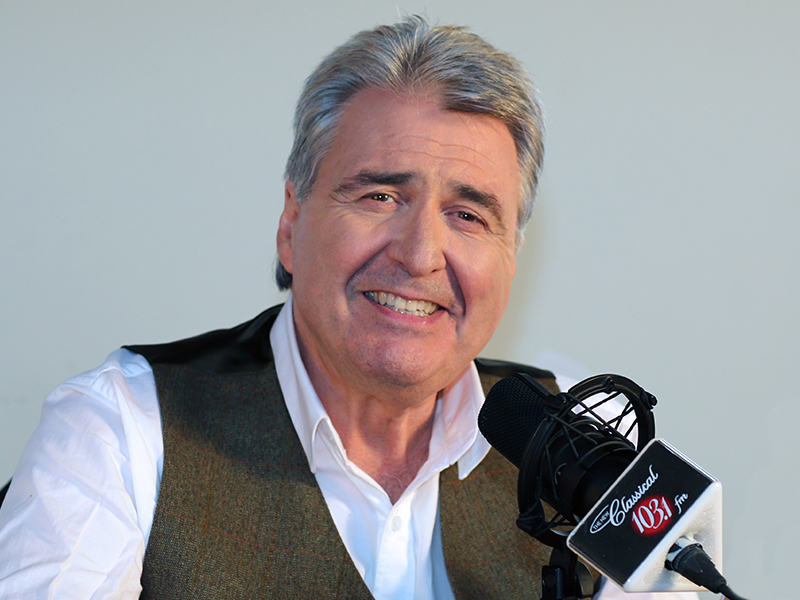 ART AT THE END OF THE WORLD: REMIX - DJ SKRATCH BASTID

Find Us at the 2020 Canadian International Auto Show!

Our longtime Classical FM host and beloved Maestro Kerry Stratton lost his battle with ALS on August 27th, 2019. Amid the turmoil of a crazy world, he brought us beautiful music, memorable stories from his outstanding career, and everybody who was anybody in the world of classical music. His legacy of 40,000 broadcast hours, 10,000 unique shows, and countless memories will always be a blessing.

The New Classical FM on-air hosts share their memories and stories of the beloved Maestro in this memorial video:
http://classicalfm.ca/station-blog/2019/09/13/always-hearts-new-classical-fm-remembers-kerry-stratton/

“Kerry Stratton is an extroverted conductor and all the music followed his lead towards drama, contrast and clarity.” – Stanley Fefferman, Showtimemagazine.com

Orchestral conductor Kerry Stratton brings a new world dynamism to old world music. His performances are featured on some of the world’s top labels. He regularly visits Europe and Asia, performing and touring with many of its orchestras, and bringing some of the best of them to Canada on tour. He is music director for the Huntsville Festival of the Arts, a well-established summer arts festival, and founded and tours an orchestra, the Grand Salon, which is winning fans with the sophisticated and sensual salon music of the 1920s and ’30s. These are only some of the many sides of Kerry Stratton the musician.

In the course of his international career, Stratton has conducted orchestras in Europe, North America and Asia. Having earned a degree in conducting from McGill University, Stratton later completed graduate studies at the Vienna Conservatory under Sir Charles Mackerras, Academia Chigiana in Siena, Italy, and L’Ecole Pierre Monteux with Charles Bruck.

For his services to Czech and Slovak culture, Stratton is the 2000 winner of the Masaryk Award and was decorated by the Czech Government in 2007 at Prague’s Cernin Palace with the Gratis Agit Award. Other honourees included former Secretary of State, Madeline Albright and filmmaker, Milos Formann.

He has conducted concert tours for renowned orchestras, such as the George Solti Orchestra, Budapest; the Vienna Concert-Verein, Czech Philharmonic Chamber Orchestra, Orchestra Internazionale d’Italia and, most recently, the Slovak Sinfonietta.

In 2005 Stratton founded ‘Grand Salon’ a palm court orchestra, devoted to music of the early 20th century, which plays original orchestrations to enthusiastic audiences throughout Canada.

Kerry Stratton is also committed to broadening the repertoire of both concert and recorded orchestral music. Included in his discography is the world premiere recording of Franz Liszt’s De Profundis with the Hungarian State Symphony Orchestra on the Hungaroton label. His recording on Dorian Records entitled Celestial Fantasy, features this and other works of American composer Alan Hovhaness. A long-time devotee to Eastern European composers, he recorded a collection of Slavonic Serenades, with the Moscow Symphony on Dorian Records, which the Washington Post called “a delight.” Universal distributes his Dvorak CD recorded with the Prague Radio Orchestra. In 2006 he recorded an all-Brahms programme with the renowned Nuremberg Symphony Orchestra. Recently released are two new CDs recorded with the Slovak Sinfonietta featuring Beethoven Symphony No 8 and the Emperor piano concerto with Haiou Zhang pianist as well as Mozart’s clarinet concerto and Weber’s Clarinet Concertino with Kornel Wolak. His most recent CD features premiere recordings of music for strings by Jean Francaix and was released on Toccata Classics in the composer’s centennial, 2012.