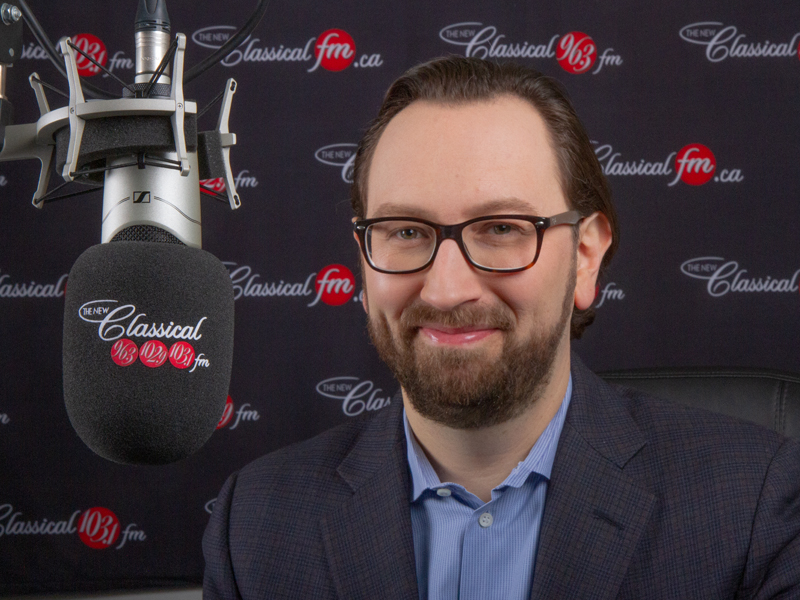 Mark Wigmore has spent his 25 years in broadcasting celebrating arts & culture. It has been his great privilege to be a bridge between artistry and the listening audience. That enthusiasm can be heard on his current podcast, Art at the End of the World, which features long-form conversations with a who’s who of the Canadian arts scene. As the host of “The Oasis” on Classical FM he offers musical insight and a keen sense of the city’s arts scene, all while reveling in opportunity to play the most beautiful music in the world to people who love the repertoire as much as he does. Outside of the studio, Mark is an avid documentary film fan, a daring foodie, and loves to travel. He is particularly proud of his association with the Big Brothers Big Sisters Toronto program. He was named Big Brother of the Year in 2018.

Interview: The 32nd Annual Dragon Ball
INTERVIEW: Vancouver Symphony Orchestra Music Director Otto Tausk Their New Digital Streaming Service
Interview: “Until I Smile At You” The Story of One of the Architects of the American Ballad
Interview: Against the Grain Theatre - Messiah Complex
Interview: Older & Reckless and Stronger Than Ever!
The New Classical FM is part of the ZoomerMedia Digital Network