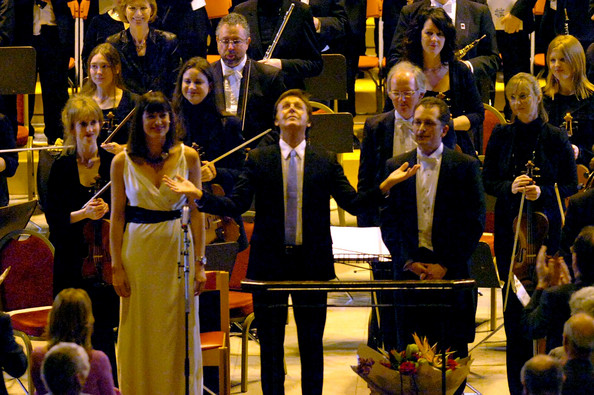 Sir Paul McCartney has been in the news as of late – and this time (for the most part) it’s not something Beatles-related. McCartney is set to premiere his first ballet, Ocean’s Kingdom, on September 22 in collaboration with Peter Martins, New York City Ballet‘s Master in Chief, conducted by John Wilson. What’s interesting is that the album for the ballet will be released on Decca Records, the record label that famously rejected the Beatles in 1962 citing “the Beatles have no future in show business”. 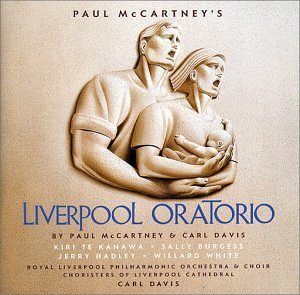 What you may not know is that this isn’t McCartney’s first foray into classical music. His exploration of the genre began in 1991, with the release of Paul McCartney’s Liverpool Oratorio, composed in collaboration with film composer Carl Davis to celebrate The Royal Liverpool Philharmonic Orchestra‘s 150th anniversary. The work was well received by the public, spending time atop the classical charts, but critics at the time weren’t so enthusiastic:

The New York Times described it as “a musically primitive assemblage of material, gussied up through some clever scoring“, while The Guardian‘s Philip Hensher described the experience of a composer friend who had the opportunity to observe the process: “When I say ‘write’,” my friend said, “I use the word very loosely. A whole army of people were flown out to his place, and found themselves staying up for 48 hours at a stretch while he wandered around, humming. It was their job to turn this total arse-dribble into a score for chorus and orchestra. He seemed quite pleased with it in the end. Of course, it’s never been played since. He’s a great man in his own field – what does he want to muck about with oratorios for?” 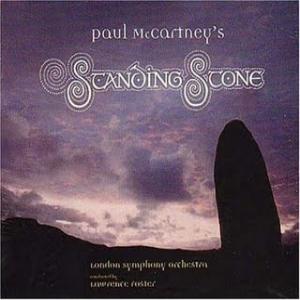 McCartney’s second classical dabble came in 1997 with Standing Stone, composed from a poem penned by McCartney. It was performed by the London Symphony Orchestra and conducted by Lawrence Foster. Back in ’97, The New York Times‘ Allan Kozinn wrote “Mr. McCartney would probably be the first to admit that as a classical composer he is a dilettante” a.k.a someone who takes up an art for amusement, a dabbler if you will. And is there anything wrong with that? McCartney himself said, “It’s exciting for me to work in a different musical field. I really see no barriers in music, although I think too many people do.”

With the belief that musical literacy could hinder his creative powers, McCartney has refused to learn to read or write notation. With Standing Stone, he used computer programs (let’s recall that this was 1997!) with the help of composers Richard Rodney Bennett, John Harle, and David Matthews. You can see McCartney’s process for Standing Stone in this video: 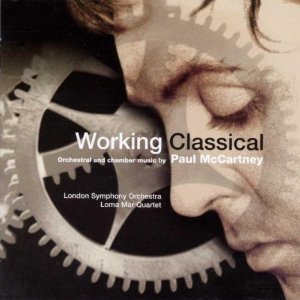 McCartney’s third album Working Classical (“to reflect my working-class roots“) was released in 1999. The album features orchestral versions of songs from Paul McCartney and Wings albums. For the memorial services for his late wife Linda in 1998, McCartney chose songs inspired by her to be played in arrangements for string quartet, including ‘Maybe I’m Amazed‘, ‘The Lovely Linda‘ and ‘My Love‘. The Brodsky Quartet performed the peices for the service in London, and the Loma Mar Quartet in New York, who later recorded these pieces for the album:

Click here to listen to the original version of ‘My Love‘, introduced on Paul McCartney & Wings’ 1973 Red Rose Speedway. 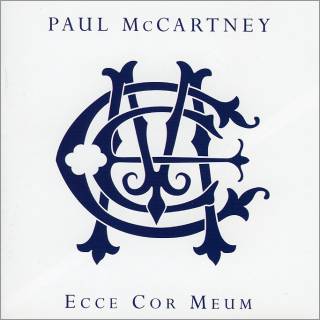 McCartney’s fourth album, Ecce Cor Meum, was released in 2006 – an oratorio in four movements. In 1997, then president, Anthony Smith, of Magdalen College, Oxford University, commissioned McCartney to compose an oratorio to usher in a new concert hall and create a composition that “could be sung by young people the world over – something equivalent to Handel’s Messiah“.

The album was scored for orchestra and choir and McCartney used a similar process to Standing Stone when composing: a computer connected to a synthesizer keyboard to translate what he played onto a score. The album was recorded at Abbey Road Studios and had its Canadian premiere in October 2007 at the Metropolitan United Church in London, ON.

What do you think of Paul McCartney’s journey from the cute Beatle to classical composer? Connect with us on Facebook or Twitter.