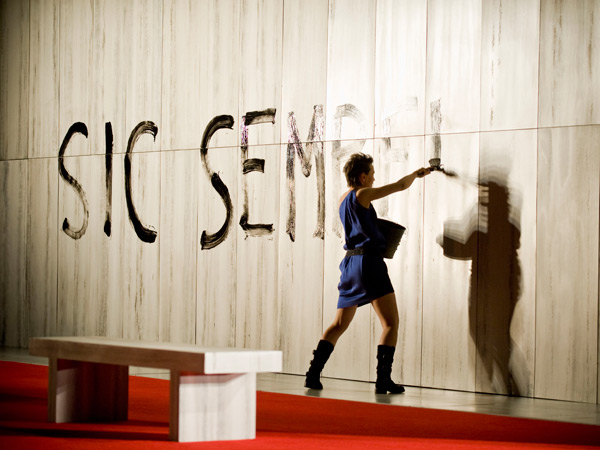 “Written in 1791 to celebrate the coronation of Emperor Leopold II as King of Bohemia, La clemenza di Tito’s story of the attempted assassination of the Emperor Tito and his forgiveness of those who betrayed him was meant to reflect a quality that the populace might have hoped for in their new king.  Mozart spent his entire life pleasing and placating the kings, emperors, and archbishops who commissioned his operas, constantly striving to impress them. In bringing La clemenza di Tito to the stage, Alden approaches the work as the composer’s personal statement on his own dealings with powerful men.  Alden’s staging explores the real human emotions at the opera’s core and focuses on the relationship between the characters, especially how others relate to Tito, offering a psychologically penetrating depiction of people negotiating the dangerous corridors of power.”

La Clemenza Di Tito runs from February 3rd – 22nd at the Four Seasons Centre for the Performing Arts. For tickets and information call 716.363.8231 or visit coc.ca.