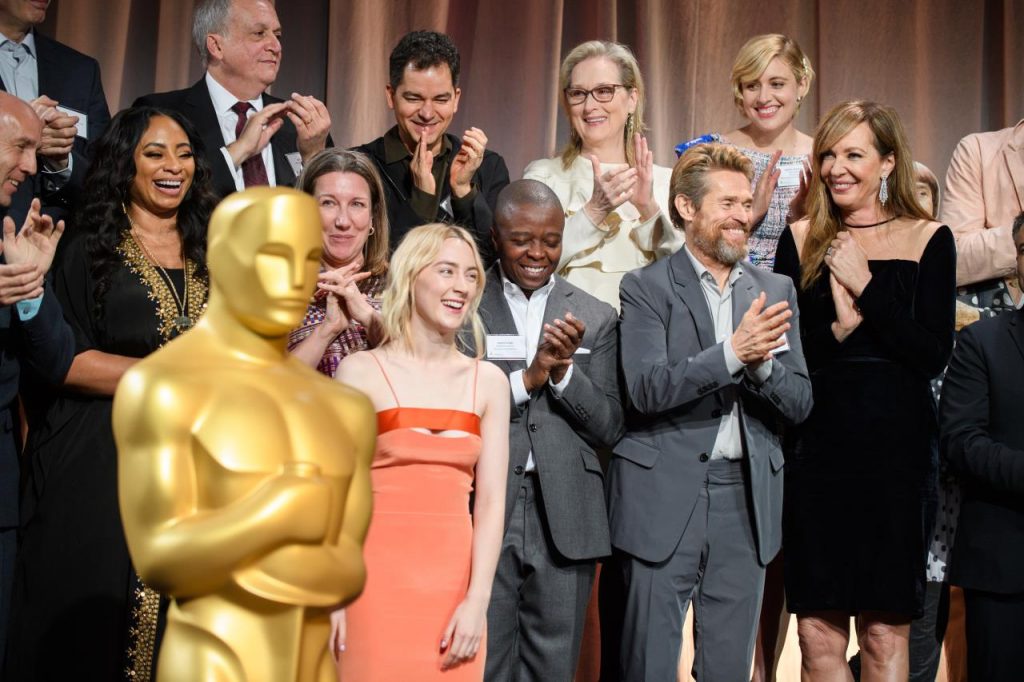 I’m writing to you from Thessaloniki, Greece where the  documentary festival I’m attending hosted an Oscar party at the oldest cinema in town. Plenty of the crowd members looked like documentarians—sweaters and jeans—but some of the young people, lord bless them, wore their swankiest clothes. I’d love to give you a full report but the time  difference between Greece and California is ten hours. So I went to bed before the red carpet show ended. Things might have gotten a bit more raucous. Hope so. I woke up to discover that my predictions weren’t astonishingly bad this year.

I got 14 out of 24 and almost all of the biggies: best actor and actress, best supporting actor and actress, best director, best adapted screenplay, best animated feature, best cinematography, best production design. I thought Lady Bird would win best picture and best screenplay in the #MeToo era but I was totally wrong. Can’t say I’m unhappy that Get Out won something, for best script, and that our “homeboy” del Toro won best pic as well as director (which I did predict.) But I do think Lady Bird should have won something.

I still stand behind Faces, Places for best doc but understand that Icarus was “au courant” for its exposure of the Russian Olympics athletes and the doping scandal. And though I love Of Body and Soul, I guess it should have been obvious that A Fantastic Woman would win best foreign film. (And it’s certainly a good film.) By the way, both Faces Places and Of Body and Soul are directed by women.

As I said in my overview, this wasn’t a stellar year so there were no sweeps. Kudos to the winners, in particular Frances McDormand for Three Billboards and Allison Janney for I, Tonya. I’m sorry I missed what was apparently quite a good show.