Garry Winogrand: All Things Are Photographable, A review by Marc Glassman 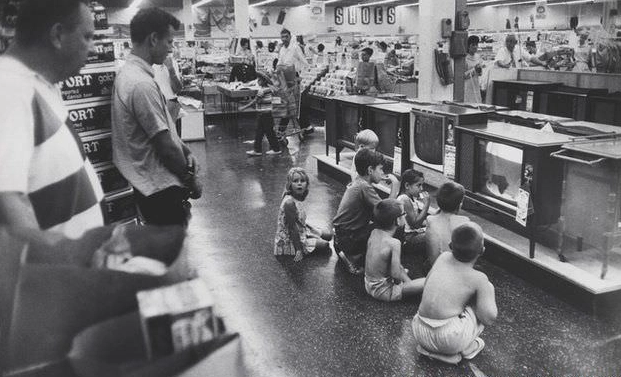 There’s a photograph by the street-wise photo artist Garry Winogrand that haunts me. In the photo, six women are sitting on a park bench, framed by two men, one African-American and the other, older and reading a paper. The young black man is engaged in a serious discussion with the woman sitting next to him. She’s wearing sunglasses and gesticulating towards him, making what must be an important point. Beside her are three women: the first is whispering to the woman next to her while the third has fallen asleep and is resting her head on the middle woman’s chest. In the final grouping, two women are looking avidly at something or someone beyond the frame; one woman is raising the back of her hair up off her neck while the other is lowering her glasses to see better. The final figure, the older man, is being ignored by the women and Winogrand who has cut him off in mid-frame.

The women are all attractive—Winogrand controversially made a book entitled Women Are Beautiful during the height of the ‘70s feminist movement—and they’re wearing stylish summer dresses. The women are not models and they’re not playing to the camera, which is far enough away not to intrude on their space. And that’s what is so attractive: the women are occupying their space, engaged in three different activities, talking, whispering and looking. Winogrand has captured a moment of their time and they couldn’t be more lively. No matter how many times I see the photo, the image is stunningly alive—fighting the conventional wisdom that all photos are dead because the movements and gestures are frozen in time. Winogrand, who prided himself on being athletic, loved to jump or pirouette to get the best possible image: he wasn’t pursuing death; he wanted to capture life. 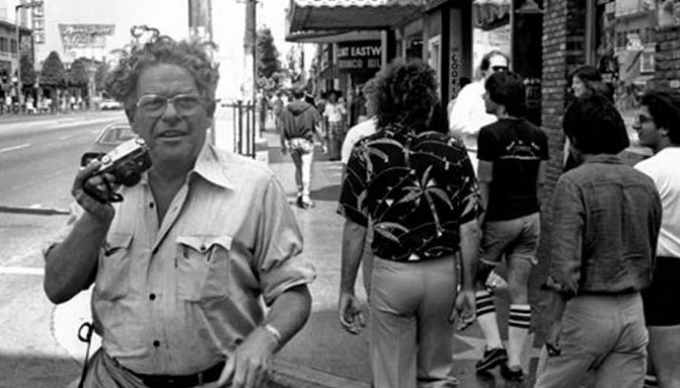 The photograph was taken at the New York World’s Fair in the summer of 1964, Winogrand’s annus mirabilis. It was the year that the Bronx born photographer received the first of his three Guggenheim grants to travel and make the photos he desired to take. At that time, he was arguably the finest young street photographer in the world, a true accolade for someone working in a style that was beginning to receive its proper recognition as an important art form.

It’s a period that forms the highlight of the documentary by photography professor Sasha Waters Freyer, whose film premiered at the recent South by Southwest Festival  and is playing in Toronto this week. Garry Winogrand: All Things Are Photographable offers a chronology of Winogrand’s life, from a rebellious young photographer in Fifties New York, intent on doing more than making a living shooting pictures for magazines, to his apex in the Sixties, when he achieved great success thanks to the legendary New Documents group show with Diane Arbus and Lee Friedander at MOMA (Museum of Modern Art), through to his gradual unravelling as a stranger in strange lands: in Chicago and then Austin, Texas, as a teacher in the ‘70s and finally to L.A., where he shot photo upon photo of the disengaged lives of dwellers in that city until his sudden death in 1984. 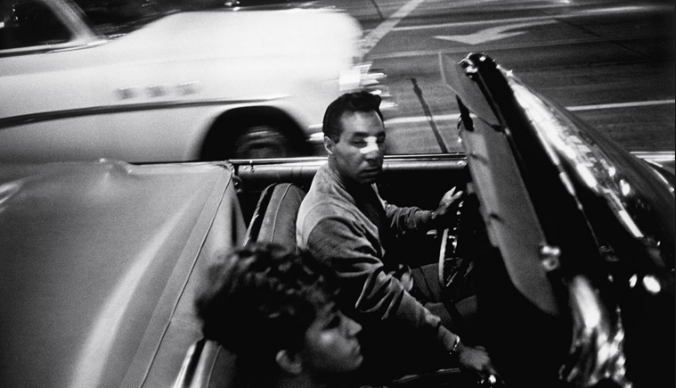 Winogrand is a problematic figure in the annals of photography. When he died, it was discovered that the vast majority of his last work had never been developed. It was a great shock for John Szarkowski, the curator of photography for MOMA for nearly three decades and a mentor to the photographer, to realize that Winogrand had left 2,500 rolls of undeveloped film, 6,500 rolls of developed but not proofed exposures, and about 3,000 rolls that only had been produced to the point of being seen on contact sheets. This was an incredible scandal: photographers, especially important ones, studied their own work, carefully choosing which images to produce for the world. With this undeveloped collection, Winogrand was thumbing his nose on art and his own reputation. Szarkowski did co-curate a show of Winogrand’s work after his death but he made it clear that, in his opinion, the photographer had lost his muse and would only be remembered for his great work in the Sixties. 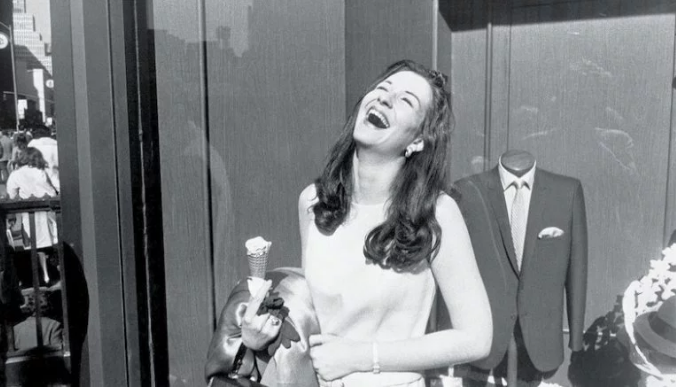 Sasha Waters Freyer doesn’t seem to have resolved how she feels about Winogrand. She obviously enjoys his youthful bravado, especially when delivered in his inimitable Bronx accent. About his feminist mistake, Women are Beautiful, she’s content to find female academics and photographers to forgive him for his transgressions, though it’s clear that part of the reason that he loves women is because of their visible sexuality. Contrasting this, she offers eloquent interviews with his first wife Adrienne, who never loved him as much as he did her, and is finally able to cry about him, 35 years after his death.

Watching this film, it seems clearer than ever that Winogrand was unmoored as a character and as an artist. He may never have understood what made his best photographs so great and he certainly did not grow as an individual. In late clips showing Winogrand in a TV interview and at a lecture delivered late in his life, the image he projects is that of quiet defiance. Instead of embracing his work, he seems trapped by it.

Was Garry Winogrand a great artist? Even he couldn’t kill his reputation. Has Sasha Water Freyer made an accurate film about him? Yes, and it’s unlikely that anyone else will do better by this photo-artist.