Propaganda: The art of selling lies, A Film Review by Marc Glassman 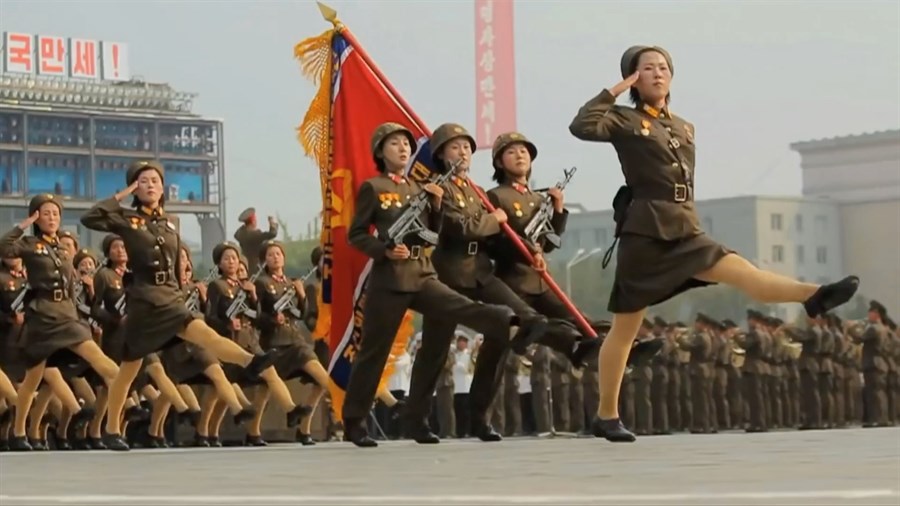 For Larry Weinstein, Propaganda: The Art of Selling Lies is a departure from his unique oeuvre, which has largely concentrated on bios of such composers as Ravel, Schoenberg and Shostakovich. His work has often been unique stylistically—Ravel’s Brain had passages that resembled an experimental film with extraordinary dream-like imagery replicating what the composer might have thought while enduring cranial surgery—but he has never before tackled politics or the essay form. 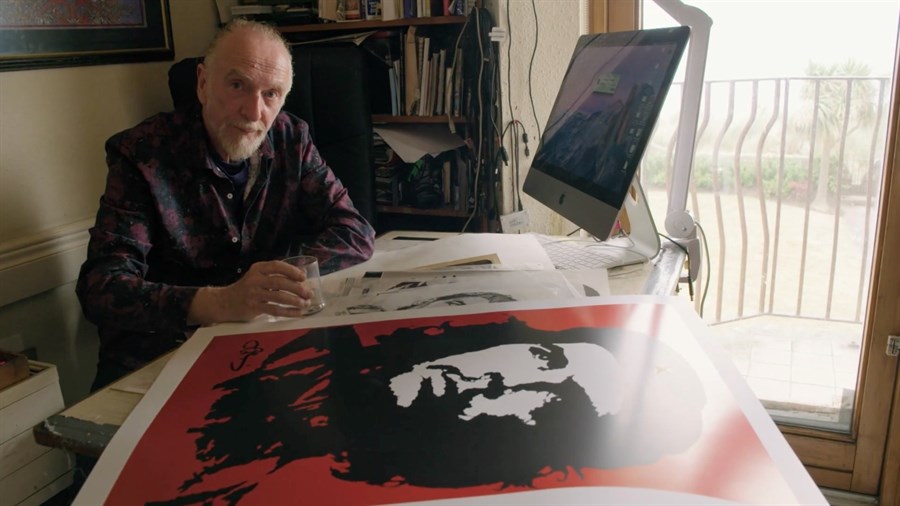 “I think Trump was my muse in this film,” says the director and co-scriptwriter. “I’d wake up every morning, read what he’d tweeted, and get infuriated. Fury fueled this film. I’d sit down and start writing some things and David Mortin and Andrew Edmonds would draw it out of me. They didn’t like it when I was in a good mood because I couldn’t write as well. They would enhance what I had written and help structure the film based on that.”

Speaking of the film’s content, which goes back to Neanderthal art—arguably the precursor to today’s graffiti—through the spiritually and politically persuasive Medieval church culture, replete with paintings and music, to the revolutionary Twenties and Sixties posters of Lenin, Mao and Che, to such contemporary artists as Ai Weiwei and Shepard Fairey, albeit not presented in that reductive chronology, Weinstein admits that his only recourse was to embrace the essay. 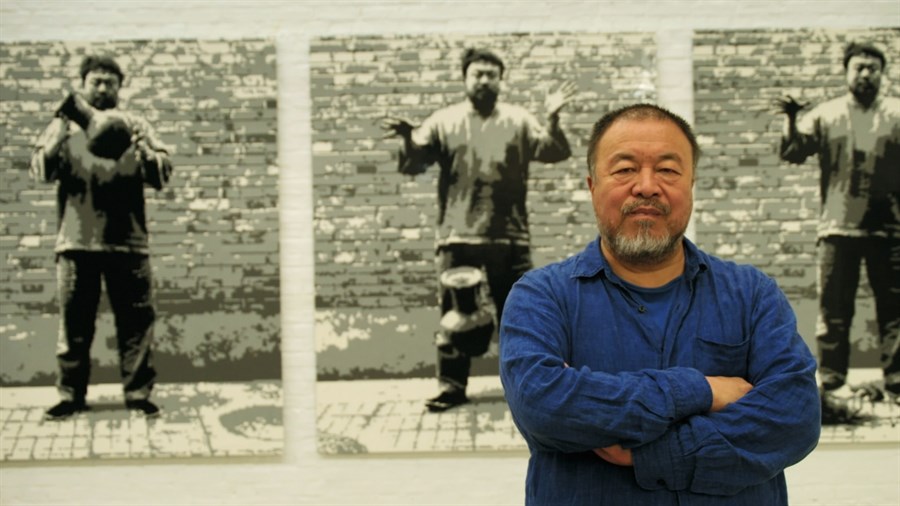 “Part of that essayness,” says Weinstein, “is the fact that there’s narration. I’m the narrator positing some ideas, and there’s some bookends and through-lines to that. The feeling I was going for was a series of non-sequiturs. I wanted the person watching the film to have this feeling of not knowing who we were going to meet next, where we were going next, or even what century we were going to be talking about next. I wanted this sense of disorientation because I felt that the meaning of the film was strong enough that it could undergo it. It’s ultimately always about the same theme of propaganda—even though there’s many variations on that theme. So you get Astra Taylor suddenly talking about gender politics, or a scene from Riefenstahl’s Triumph Of The Will, or Jim Fitzpatrick, a wonderful Irishman, talking about how he created the famous Che Lives poster. There’s certain things you would expect in a film like this, and there are those you would not expect.”

That sense of the unexpected is in keeping with Weinstein’s stylish approach to cinema. Trump is clearly motivating him to make this film but he can’t let go of his cultural values. “The idea is that the film is about art as well. In a way, the premise of the film is looking at propaganda through the prism of art. If it was just blatantly about propaganda, then you’d get into a drier realm where you might as well just have eighty percent Noam Chomsky, with some Naomi Klein too.” Weinstein’s historic account of propagandistic art shows that even many of the greats—from Beethoven to Shostakovich to Riefenstahl— will extol the virtues of the Pope or the Emperor or the Fuhrer if they’re pressed to do so. In Trump’s America, propaganda doesn’t have to work on that high a level. Fox News can do it and so can parts of the Twitterverse. 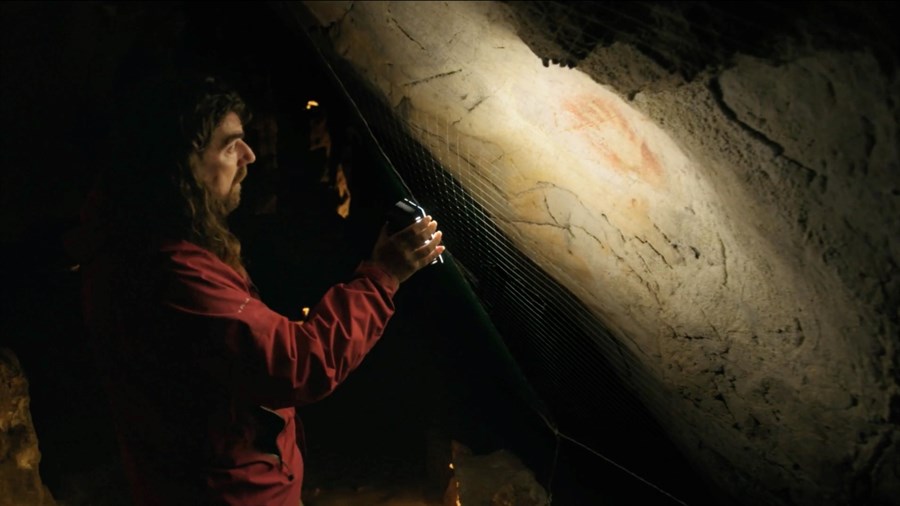 Of course, there are artists who have used art as a propagandistic tool against their rulers. It’s fascinating to hear what Weinstein says about the iconic revolutionary artist Ai Weiwei. “He grew up through the whole Cultural Revolution crap. His father was imprisoned. He literally grew up in labour camps because they weren’t conforming. So he’s very aware of the propaganda of the Cultural Revolution and the craft, the facelessness of their craft.

“Listen to the music of China since the Cultural Revolution. For the most part, it’s a nightmare, because it’s music by committee and it has no flavour whatsoever. Before, music was superb, intricate, nuanced, great music of a brilliant culture that had more innovation than any other. The thing that’s so interesting with Ai Weiwei is he talks about propaganda being the propaganda of the individual. I mean, he has an ego, a big ego, but it’s that ego that is fighting against oppression. That’s why the Chinese government hates him. He’s an individual. He’s fighting for individualism. Each individual is capable of fighting propaganda by creating their own propaganda.”

Of course what he says about Ai Weiwei is perceptive but what I love is that Weinstein is still angry about what happened to Chinese music because of the Cultural Revolution. He is someone who cares passionately about art.

Weinstein’s rage, which fueled Propaganda, is essentially about the loss of ethics in modern society. “I believe that the age of Trump comes from an absolute dumbing down of society and America and the world,” says Weinstein. “Reality television is supposed to be about truth but it’s not. It’s funny—if you go back to the National Film Board and cinema verité—we’re lacking verité in our lives. There is no truth. Everyone knows so-called reality television is fake, and we’ve got a reality television president. People are bored and they want to be thrilled. Trump is interesting. He’s edgy. You don’t know where he’s going. That’s exciting and fun. That’s why we watch the news obsessively.”

The originality of Propaganda is that it never gets away from Weinstein’s cultural roots. This may be the most beautiful denunciation of the Trump era yet. Working with his regular collaborators, cinematographer John M. Tran and editor David New, Weinstein has created an intense visual display of propagandistic art through the ages.