TIFF 2019 Report: It’s Getting Better all the Time 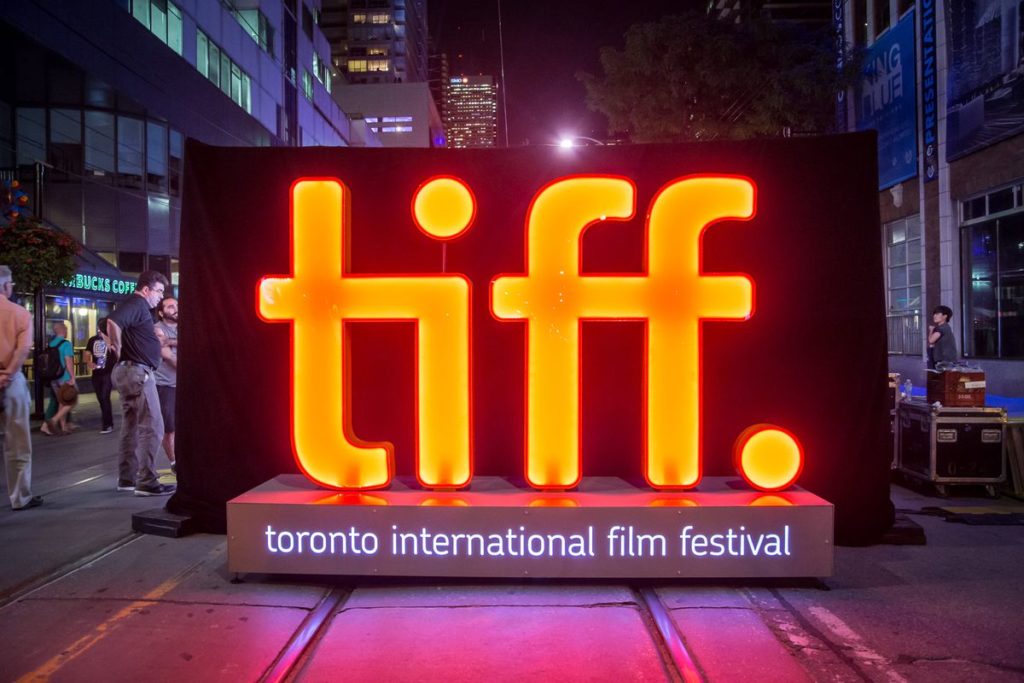 TIFF 2019 Report: It’s Getting Better all the Time
By Marc Glassman

Reports are already in on how TIFF 2019 will be. It’s “woke,” with the new team of Joana Vicente and Cameron Bailey bringing an acute awareness of the concerns of women, people of diverse cultures and those who represent LGBTQ communities into the heart of the festival. Beyond that, the winds of change are more like a breeze than a gale: nothing absolutely new is expected but the feeling is that there will be a lighter touch in the experience that TIFF offers its huge and discerning audience.

The talent is awesome as always. Gawkers can spot Isabelle Huppert, Meryl Streep, Brie Larson, Jamie Lee Curtis, Tom Hanks, Jamie Foxx and Robert Pattinson. Auteur lovers will enjoy seeing Fernanado Meirelles, Alanis Obomsawin, and Steven Soderbergh. If you like your celebs to be Canadian Zoomers, there’s Christopher Plummer, Robbie Robertson and Donald Sutherland. Name the type of person you’d like to see and you won’t be disappointed—from, just for fun, Nicholas Cage to Julie Delpy, and with all of the Wilsons:  Casey, Luke, Rainn, and Niamh (and no, they’re not all related).

What about films? Your faithful film reviewer has seen quite a few and is happy to report that the quality is high. Mind you, that is always the case. If you’re disappointed at TIFF, it’s most likely because you selected a film in a genre that doesn’t appeal to you. Hint: don’t go to Wavelengths expecting narrative and don’t expect all the Galas to be big hits. If you come with an open mind and have read the program notes, you won’t be terribly disappointed.

TIFF offers a wide variety of films, some of which can’t be fully reviewed until they’re distributed later in the year. It is possible, though, to offer capsule comments (brief and to the point) on many films that will seen in less than a week. 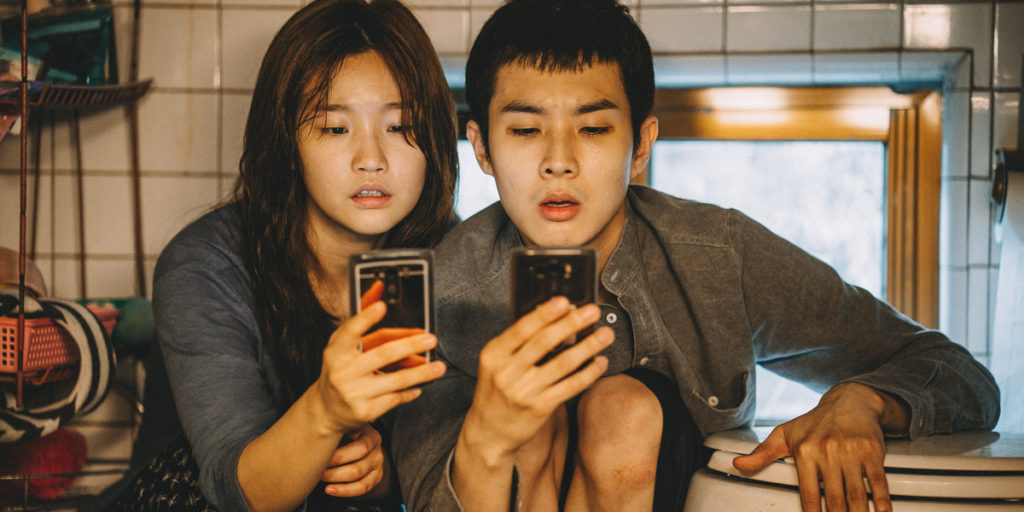 1. Parasite, by South Korean auteur Bong Joon Ho, has been described by the director as a “comedy without clowns and a tragedy without villains.” It’s about class struggle, between the rich and the poor, which is just as real in Korea as it is in North America. It’s also about families and love and death. When the film is released, I’ll analyze it but what I can say now is: go and see Parasite. It’s funny and sad and ironic. Parasite deservedly won the Palme d’Or at Cannes.

2. The Traitor is a docu-drama made by one of Italy’s most distinguished auteurs, Marco Bellochio, who first hit the festival circuit in 1965 with the savagely dark Fists in the Pocket, a film that fit that angry era perfectly. After a lifetime of controversial radical films, he has created at the age of 79, a tough story about the Italian government’s ferocious attack on the Mafia, which started in the Eighties and took decades to resolve.

Based on facts from an extraordinary legal campaign that took decades to unfold, The Traitor is enlivened by Bellochio’s stylish direction and a charismatic performance by Pierfrancesco Favino as Tommaso Buscetta, the highest ranked Italian Cosa Nostra to turn state’s evidence against the Mafia. I’ll go into more details when the film is released but TIFF goers should definitely enjoy this intelligent real-life thriller. 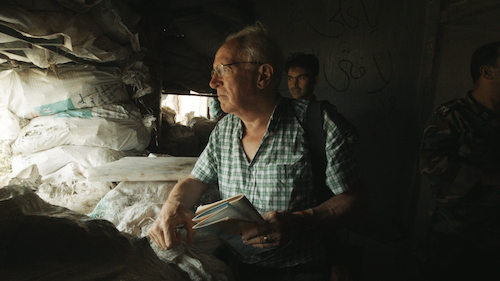 3. This is Not a Movie is the latest documentary by Yung Chang, who is famous for his debut feature Up the Yangtze, about Western tourism and the devastation of a famous river.

Robert Fisk, the controversial Middle East correspondent for Britain’s The Independent, is the subject of Yung’s film. He’s an extraordinary journalist, who has covered the Irish “time of troubles” in the Seventies, the Soviet-Afghan War, the Israel-Arab conflict (in the Eighties and ongoing), the war in Kosovo, the invasion of Hussein’s Iraq and the Arab Spring. His main beat in recent years is the Syrian Civil War.

Yung and his crew spent time with Fisk, now in his 70s, who is still as strong and hardworking as ever. The film has a verité feel as Fisk walks through the abandoned streets of Homs, Syria, which he points out, is the point of departure for a generation of Syrians. It is people from bombed out Homs, an ancient beautiful city now destroyed, who make up the first homeless migrants—hated by nationalists from Hungary to Trump’s USA—struggling to survive in our contemporary world.

An intelligent storyteller, Yung dramatizes through archival and contemporary footage, what Fisk experienced in the Middle East over the past four decades. Yung’s NFB cameras show Fisk working at his craft, searching for the truth about arms purchases from the Bosnian conflict, which moved from the former Yugoslavia to terrorists in the Middle East. He travels to Israel, talking to Israelis and Palestinians about the oppressive situation there.

There’s much more to speak about This Is not a Movie. As in other TIFF films, I’ll review Yung’s film again, when it comes out in the fall. 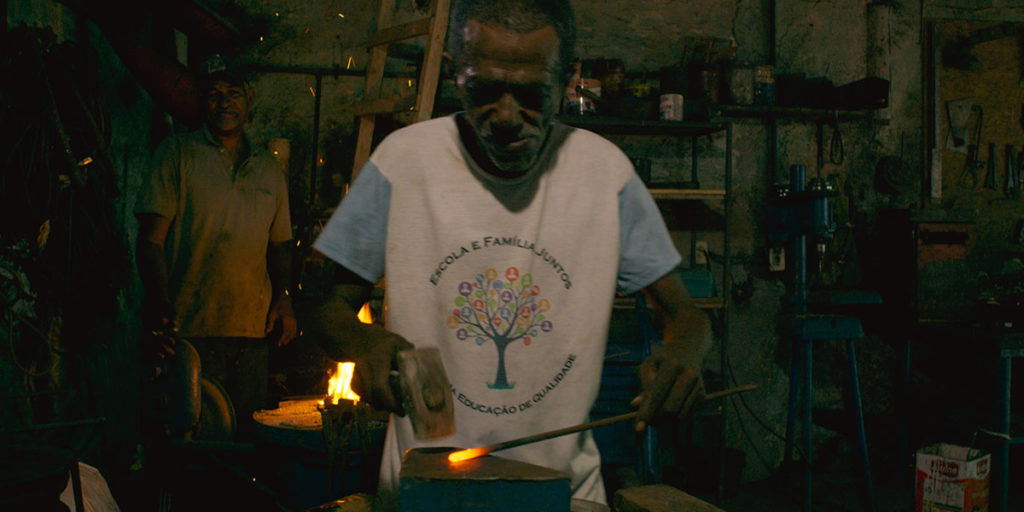 4. Henry Glassie: Field Work. This is a gorgeously rendered film, which is both a profile of the brilliant folklorist Henry Glassie and a sensitive portrait of unpretentious artists at work in Brazil, Ireland, Turkey and the American South.

Glassie makes it clear that artistry can be totally outside of the international market place. People we see for minutes on screen are quietly making their work out of spiritual or community motivations. Though they don’t fight to be made into celebrities, carvers making wood sculptures of saints or musicians singing ballads of love and death are artists, who inspire Glassie to write his books about life in Anatolia in Turkey, a rural county in Ireland and, of course, his beloved South in the USA.

From Henry Glassie, a film that will have a niche audience, to Parasite, which should attract a large art cinema crowd, the cinemas on display at TIFF will be compelling and quite diverse. One thing is clear: there should be a TIFF for you.