Final TIFF Report 2019: It Was a Very Good Year 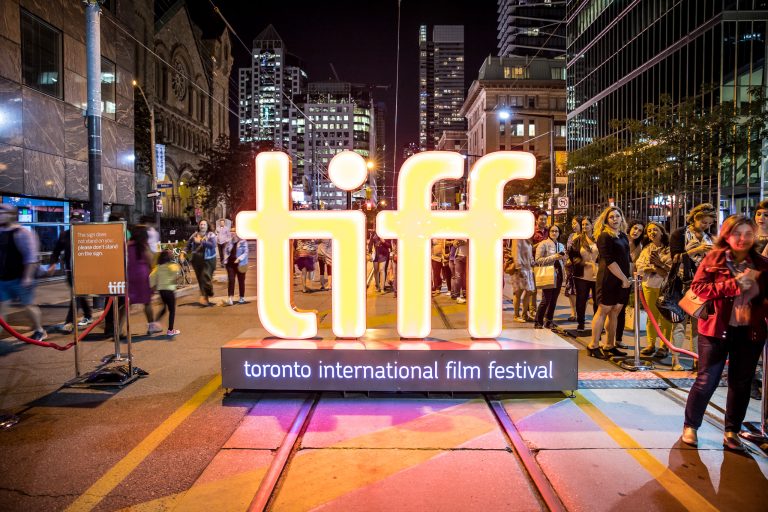 Counting shorts, which film enthusiasts are permitted to do, there were over 250 films at TIFF 2019. Sadly, your correspondent didn’t have the opportunity to see them all. Final statements on the state of festivals and cinema will have to wait until all viewing is done; however, in the spirit that allowed me to evoke The Beatles (It’s getting better all the time) and the duo of Harold Arlen and Johnny Mercer (Ac-cent-tuhate-the-positive) in previous reviews, here I offer up Frank Sinatra with It’s been a very good Year.

Here are four films that caught my eye during TIFF ’19. 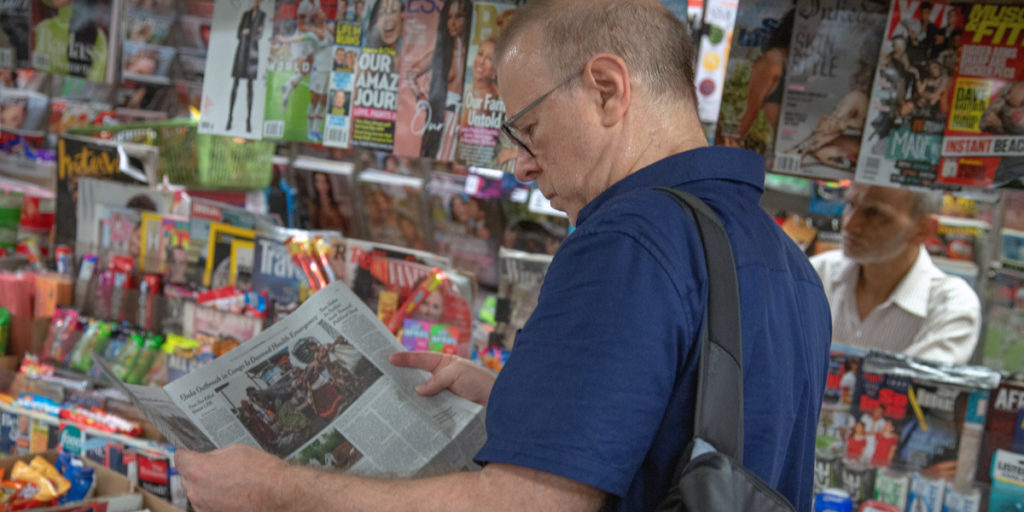 Alan Berliner dubs himself a “cultural anthropologist,” a fitting term for a filmmaker fascinated by the way media reflects on who we are while helping to shape society’s values and interests. For Berliner, there’s a prime focus for his interest in the media, the New York Times. Like many New Yorkers and aficionados elsewhere, he subscribes to the Times, reading it daily. But his interest is far greater than that of even the most attuned Times reader. For the past forty years, Berliner has been cutting out the pictures from the Times every day. He’s created a huge archive of photos, from the famous to the obscure, categorized precisely in folders, from clocks to apartments to cell phones to telephones to tables to couches, which can, of course, be contained in one picture.

Letter to the Editor is Berliner’s most outward looking film. Though it’s based on his obsession with the Times, it’s a subject that many can embrace. Berliner’s earlier films invite you into the director’s family: there have been films about his father (Nobody’s Business), grandfather (Intimate Stranger), the poet Edwin Honig, who was his First Cousin, Once Removed, as well as the Berliner’s chronic insomnia (Wide Awake) and even his own name (The Sweetest Sound). With this one, he embraces the outer world through the Times. Following their dictum, “all the news that’s fit to print,” Berliner takes us through events like 9/11 and, at least briefly, the Vietnam War, the fall of the Berlin Wall and other major signposts of the latter part of the 20th century and the first two decades of the current one.

Perhaps most remarkably, the film consists solely of photographs from the Times. We see Berliner in Hitchcockian moments, as a slowly maturing figure in the newspaper’s photos while his voice-over serves as the narrative counterpoint to the vast sea of visual imagery (apparently over 1740 images appear on the screen in the film.) A former collagist, Berliner uses rapid fire editing techniques matched with music to move from one subject to another. Letter to the Editor reminds of what we’ve seen and the kind of images that compel us.

While much of the film recounts Berliner’s techniques, whether it is in editing or the use of sound, his major subject here is the decline in print media. What will we lose when print, paper and ink disappear from the mainstream world? Can digital imagery and text replace what the old newspapers gave us? Berliner offers no answer to the questions but does give us a poetic account of what print has meant to us over the past century and more. 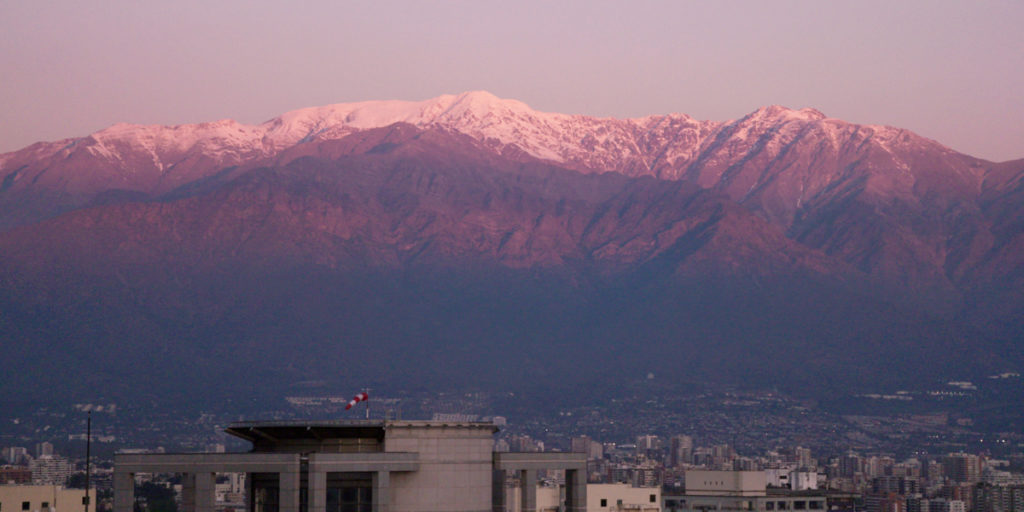 Patricio Guzman is a man obsessed with the past and who can blame him? When the director was young, he was a supporter of the populist socialist president Salvador Allende, whose radical regime in Chile was overthrown in 1973 in a U.S. sponsored coup by the country’s military. Under General Augusto Pinochet, Chilean democracy was brutally eliminated for two decades, with many leftists and humanitarians killed. Guzman was one of the country’s leading documentarians in 1973, though he was barely 30, and his account of what happened was turned into the remarkable award-winning trilogy The Battle of Chile. Guzman traveled for years with the films, which were rightly hailed not only as brilliant documentaries but also as brave reports of how a democracy can be destroyed despite obvious popular support from many Chileans ranging from union workers to urban cultural activists.

Over the past decade, Guzman has returned to Chile from his adopted France three times to create films that look back at those traumatic times while considering the effect that the military dictatorship had on the land as well as generations of Chileans. The Cordillera of Dreams is the final piece in Guzman’s new trilogy, which began with Nostalgia for the Light (2010) and continued with The Pearl Button (2015).  The immense cordillera of the Andes creates a natural border of mountain ranges in the east of Chile; it’s as remarkable a terrain as the Atacama Desert where Nostalgia for the Light was shot and the Patagonian waterways seen in The Pearl Button.  The difference here is that while bodies of those killed by the soldiers were buried in the desert and murdered in Patagonia, the Andes’ cordillera is a silent witness to the atrocities of the past.

While offering breathtaking shots of the mountain ranges, Guzman is only able to evoke the Andes through his own memories of a wonderful childhood spent in Santiago, a city that has the looming presence of the mountains just above it. As in the other films in the trilogy, Guzman wants to evoke the past and he’s able to do so through a somewhat younger documentarian, Pablo Salas. It’s Salas’ footage of protests against Pinochet’s regime and up to today’s neo-liberal elected government, which truly bring this latest series of films to a close.  Pinochet may be dead but his dictatorship’s embrace of the Chicago school of economics, which espoused a complete embrace of free markets while keeping government intervention to a minimum, effectively destroyed Allende’s socialist Chile, which believed in a system, where people were helped by the party in power. Under globalism and neo-liberalism, Chile’s democracy can never aspire to the nationalist and humanitarian aspirations of Allende.

The Cordillera of Dreams brings back the cultural roots of Allende’s days, with artists like writer Jorge Baradit who evokes the past in his storytelling. Whatever the future holds for his native land, Guzman’s trilogy will have its place in their history, as does The Battle of Chile. 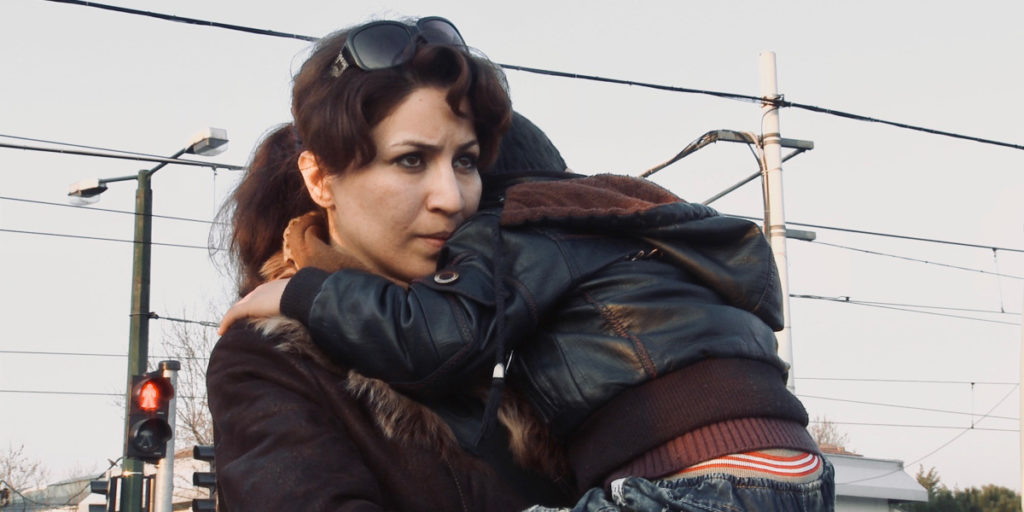 Two of the biggest issues in the world, border crossings and the fate of refugees, are at the heart of Love Child, Danish director Eva Mulvad’s new doc. Iranian teachers Sahand and Leila have, in a way, crossed two borders. They have transgressed the law in Iran, breaking the border between married couples by having a child, Mani, out of wedlock. That causes them to leave their country for Turkey in 2012, out of fear that the authorities will figure out Leila’s husband isn’t Mani’s father. The penalty for adultery in Iran is death for the man and stoning to death for the woman, not a fate that anyone would want to endure.

Love Child begins frantically as the three leave Iran; Sahand says he isn’t sure if he will live or die in the next twenty-four hours. Leila calls her mother when she arrives in Turkey and is overcome with emotion while talking to her; Sahand is similarly tearful as he takes stock at what they’ve done. Not to be outdone, Mani throws a huge temper tantrum in front of Mulvad’s camera as he slowly realizes that he can’t go home—and that his “uncle” Sahand is his real father.

Worse luck follows as the couple begins to understand that they’re not going to be priorities in terms of refugees. Turkey is being overwhelmed with Syrians fleeing their civil war, a condition that hasn’t changed since 2012.

The pace slows down after the opening with Mulvad quietly following the Iranian family through the ups and downs of the refugee system.  Their applications to the United Nations Commissioner for Refugees (UNHCR) take years to be adjudicated. Making matters more complicated are the necessity for them to prove Mani’s parentage and, its inevitable corollary, that Leila and Sahand have to be married to leave together.  After DNA tests prove that Sahand is Mani’s father (to a 99.99% chance), the UNHCR still reject them. Another frantic sequence occurs quite late in the film when Sahand and Leila have to jump through diplomatic hoops, including entering the Iranian embassy, to get the proper papers to get married.

Mulvad hangs steady with Leila, Sahand and Mani, recording birthdays, arguments and reconciliations. It’s clear that Sahand and Leila love each other but that tension has entered into their relationship caused by the long wait they’re enduring in Turkey. Happily, their situation begins to improve, with Leila and Sahand eventually securing positions as teachers. They find better housing and develop some friends. But the cost of being in exile is shown repeatedly in the film, perhaps most movingly when Leila shows Mani shots of her family’s life in Iran. The youngster will never experience the warmth of his mother’s family unless politics change radically in their homeland.

Mulvad’s film is a classic verité film, with intimate footage abounding. Sahand and Leila clearly trust Mulvad and that gives the film a depth that docs don’t always achieve. This is at heart an issue-based film and though Leila and Sahand and Mani are making the best of it in Turkey, they are victims of a system that denies them the right to go where they want to be. And where would that be? Early on Leila expresses a desire to come to Canada. Wouldn’t that be a happy ending? 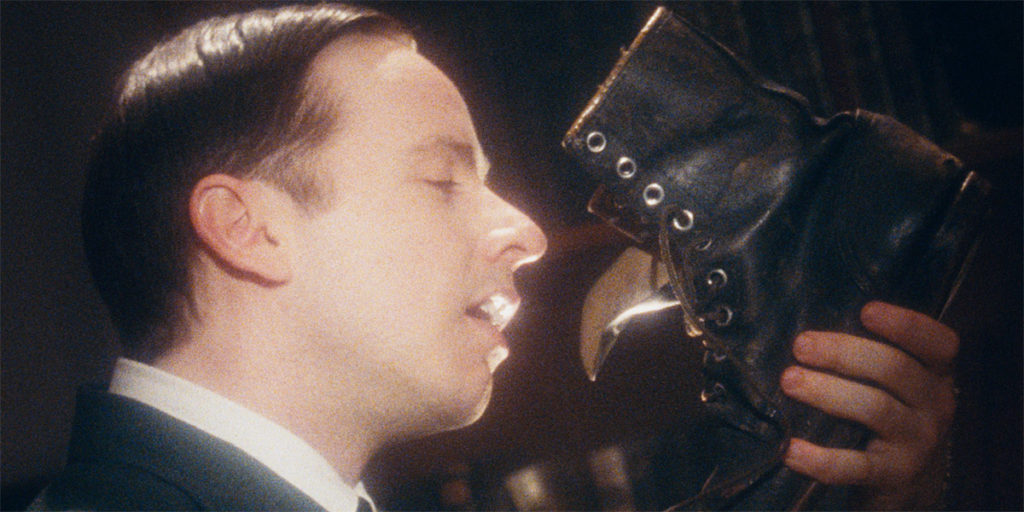 An audaciously talented visual artist, Matthew Rankin has created one of most bizarre feature films ever made in Canada with The Twentieth Century. Based ever so slightly on the life of William Lyon Mackenzie King, Rankin’s film is a fevered dream of Canadian history complete with parodies of the government’s Heritage Minutes campaign. While rejecting the sincere rhetoric of the brilliant journalist Patrick Watson, Rankin is more than willing to share his major stylistic influence with us: Winnipeg’s own Guy Maddin. Like Maddin, Rankin has borrowed outrageously form the aesthetics of silent cinema, Dadaism, folkloric storytelling, 19th century fashion and visual design and the fantastic illustrations of Heath Robinson and his followers to craft a film that plunges the viewer into a phantasmagoric extravaganza. Comic, arch, willfully obscure and deeply satirical, Rankin’s film should be seen by all Canadians—or, perhaps, none of them.