The Plot Against America, A Review by Marc Glassman 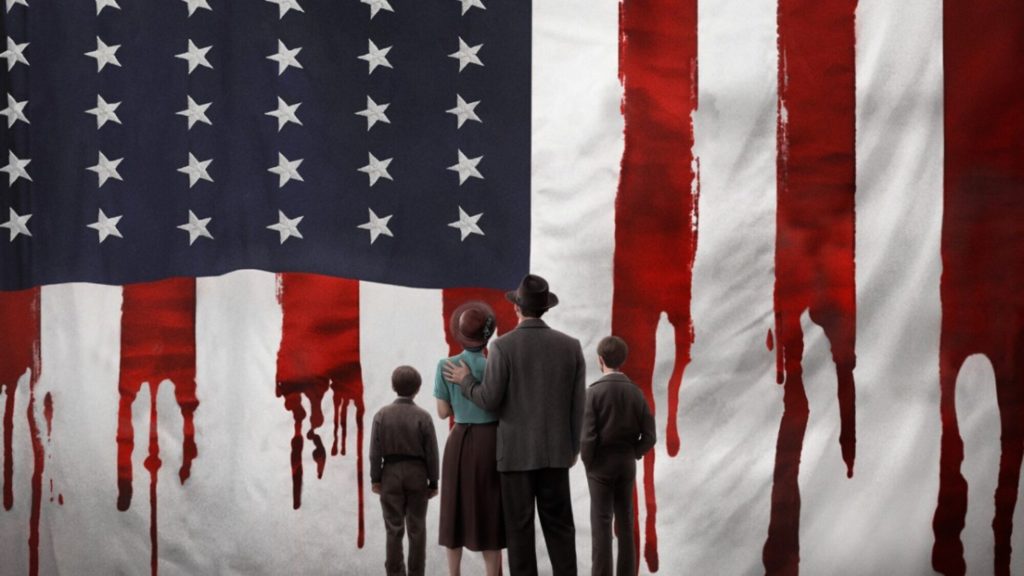 “Making fake biography, false history, concocting a half-imaginary existence out of the actual drama of my life is my life.”—Philip Roth

Imagine if American hero Charles Lindbergh—the first man to fly solo from New York to Paris—had run against Franklin Delano Roosevelt (FDR) for President in 1940. World War Two was on, of course, with France being defeated that summer, leaving England and its Empire (including we Canadians) to fight alone against Hitler’s vicious Nazi Germany. At the time, the Soviet Union was neutral and so was the USA. While FDR supported Britain as much as he could through sending them obsolete naval destroyers and food supplies, the Americans stayed out of the war until the attack on Pearl Harbor in late 1941. In The Plot Against America, we’re presented with an alternative reality where Lindbergh, who was in real life an American First isolationist and quasi-supporter of the Nazis, is depicted as winning a presidential campaign, supposedly not against FDR but for peace—keeping Americans out of a brutal “European” war. 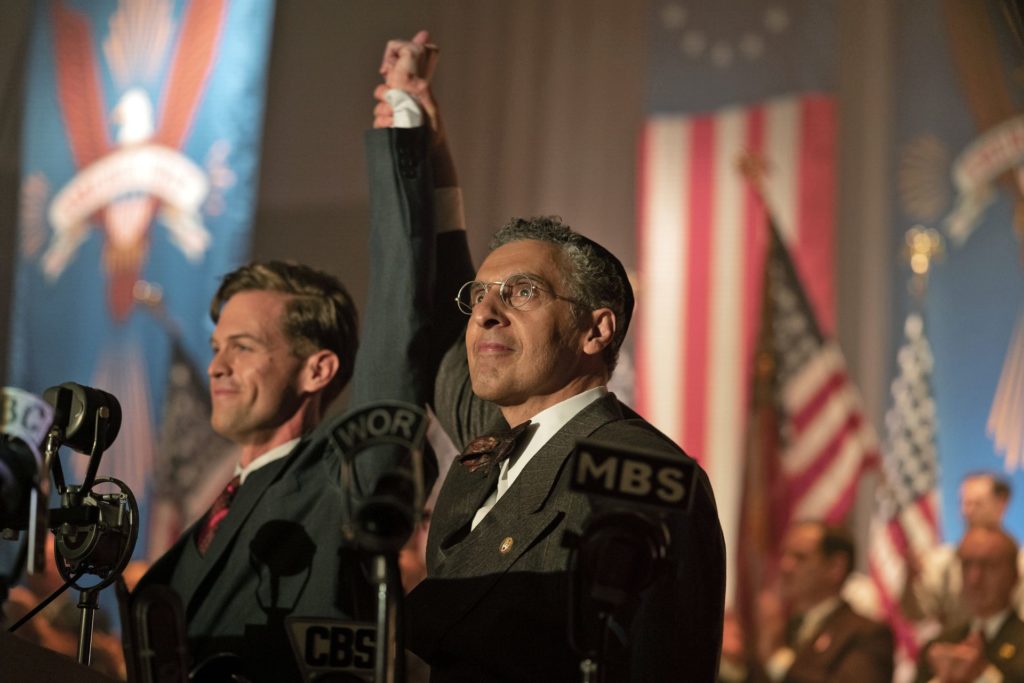 If Lindbergh had won, what would have happened to the Jews, the humanist New Dealers, the Socialist and Communists, the blacks (then called Negroes), the gays and anyone else who might oppose a Fascist sympathizer? In David Simon and Ed Burns’ new television miniseries, the story is played out through the Levin family of Newark, New Jersey—in Philip Roth’s novel, he actually calls them the Roths.  Both use the family’s real first names and who they were in 1940: Herman, a real estate agent and stalwart Jewish-American opposed to Lindbergh; Bess, the strong and intelligent mother; Sandy, a teenage artist and Philip, the inquisitive 10-year old. The extended family includes Bess’ older sister Evelyn, a beautiful and lonely woman, who falls in love with Rabbi Bengelsdorf, a Lindbergh supporter, who is tasked by the new president to create new programs to integrate the Jews into America’s heartland; Herman’s orphaned adult nephew Alvin who joins the Canadian army to fight Hitler; Herman’s rich fruit merchant brother Monty and Shepsie, Herman’s pal who runs the local newsreel theatre (which probably showed NFB docs.)

The Plot Against America is a richly textured series, evoking a past when kids shared stamp collections, dads sat next to the large family radio listening and discussing the news, and women shared home truths away from the men, in their kitchens. It’s beautifully shot and designed to capture the browns, reds and golds of a time when heavy wood furniture and women’s hats and dresses were de rigueur  while the events being screened at the theatre, in stark black and white, are remote but terrifying. 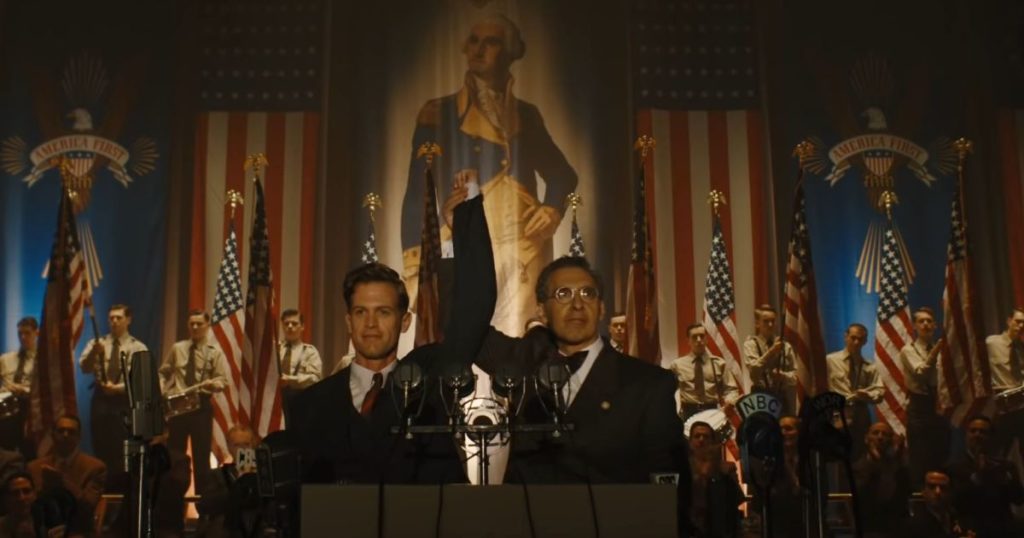 David Simon and Ed Burns have assembled a fine cast featuring Winona Ryder, truly back in a starring role as the bewitched Evelyn and Zoe Kazan as her sister Bess, a homemaker whose strength of conviction challenges that of her husband Herman (who is well played by Morgan Spector). John Turturro as Evelyn’s rabbi still has immense charisma but his Southern accent—a Jew from South Carolina!—is a bit too thick. The Levin children, played by Azhy Robertson and Caleb Malis, are convincing but the rest of the cast doesn’t make much of an impression.

The biggest problem with the series is that David Simon, the auteur writer-producer of The Wire, Homicide: Life on the Street; Treme and The Deuce may have been awed by Philip Roth’s impeccable literary reputation. Who wouldn’t be? Over his spectacular career, Roth won two National Book Awards, two National Book Critics Circle awards, three PEN/Faulkner Awards, a Pulitzer Prize and the Man Booker International Prize.

The Plot Against America is slower paced than Simon’s usual work. It lacks the snap and sensationalism that one expects from even prestigious TV (or indeed film) work. We do feel the paranoia building as America slowly turns Fascist but we’re never hit over the head with violence or outrage. Perhaps that’s a good thing. But it doesn’t make for compelling TV.

As we sit on our chairs and couches during the pandemic, The Plot Against America is a miniseries that can be easily recommended. It’s not  like viewing The Wire or reading Goodbye Columbus. But it’s worth your time.