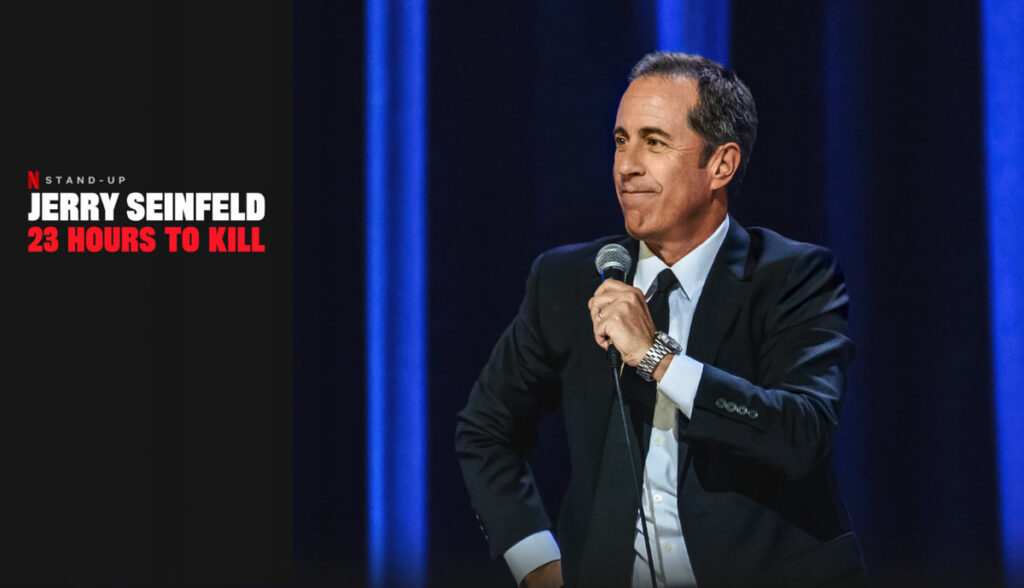 It’s been 22 years since Jerry Seinfeld produced a stand-up comedy and the good news is that he’s back in fine form in the Netflix special, 23 Hours to Kill. Since his overwhelming success in the Nineties with “the show about nothing,” Seinfeld hasn’t had to work. As one of the show’s producers, he’s been a one-percenter for a long time: filthy rich, but still Seinfeld. So, as he points out in this performance, why is he there?

The simple answer is that if you’re very good at something, it’s hard not to continue doing it. The surprise in looking at Seinfeld’s career is how little he’s performed since the show went off the air in 1998. Apart from scattered guest or hosting appearances, his major achievements have been the charmingly casual Comedians in Cars Getting Coffee with such guest comics as Carl Reiner, Mel Brooks and Steve Martin and the brilliant collaboration with Larry David in the seventh season of Curb Your Enthusiasm. 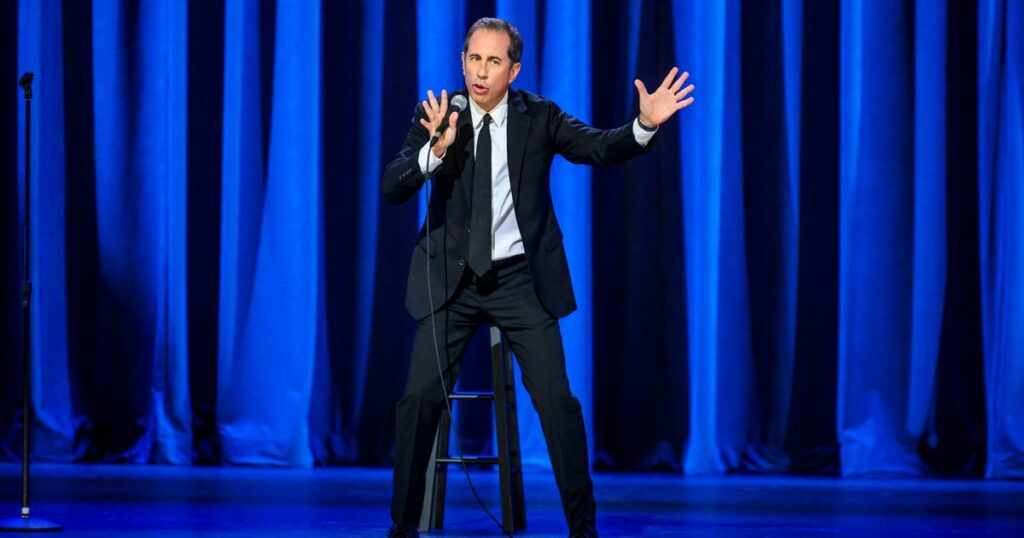 It’s in the David show that we see the real Seinfeld as the two recreate how they worked together on their classic series. The two work obsessively on material, zeroing in on the absurdity of daily life. They see the humour in the petty jealousies between friends, the annoying routines of daily life and the silly affectations that we use to make people admire us. The Seinfeld show wasn’t about nothing, it was about life as it is. Sweating the details was paramount. Watching David and Seinfeld working endlessly to find the right words and comic bits of business to make an audience laugh is fascinating. (You can watch every season of Curb Your Enthusiasm on HBO and Comedians in Cars Getting Coffee is on Netflix). 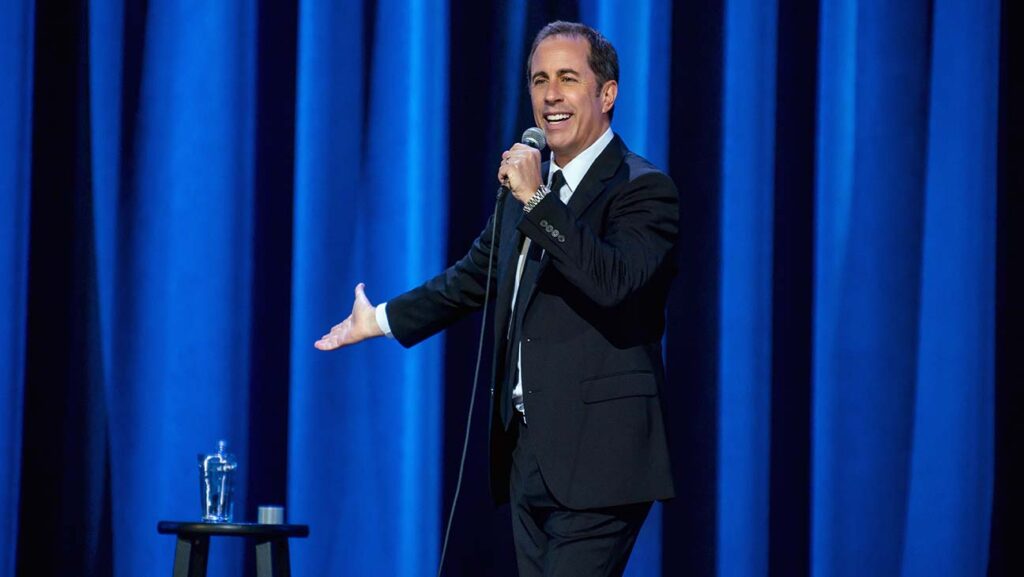 23 Hours to Kill seems to be a casually put together show but it’s not. Every part of the routines have been meticulously worked out from the rhythm of the stories to Seinfeld’s physical bits, which range from modulating his voice to affecting a march whenever he decides to change the subject. The show is broken into two parts, Jerry’s Outer Life and Jerry’s Inner one. The first half is devoted to his observations about our world, the one that’s filled with IPhones, “great” or terrible films and restaurants, and being stuck with old friends when new ones are too much trouble to find. It’s a bit like old Seinfeld shows, with Jerry caustically observing our crazy world. The second and less successful part depicts Jerry’s personal life. Or as much as he want to reveal to us, which isn’t much. His routines revolve around the way that couples don’t communicate: men don’t understand and women want perfection. There are laughs here but the section doesn’t cohere into anything truly original or revelatory.

Unlike Larry David, who still has a hunger to take on the world as an acerbic comic, Jerry Steinfeld is too comfortable to want to take on the absurdities of the world. He’s still a true pro and makes you laugh intermittently but he’s no longer the major talent of the Nineties. Watch 23 Hours to Kill and you’ll be entertained but go to Curb Your Enthusiasm if you want contemporary comedy with bite and attitude.