Hot Docs – Successful at a Distance

The 2020 edition of Hot Docs started on Thursday, May 28, with a wonderful sampling of new documentary films but without the hoopla that we expect from one of Toronto’s iconic festivals. In the new age of COVID, there’s no hugging and kissing at the Opening Night party. In fact, parties don’t exist now. Nor are there lineups for screenings at the Bloor (excuse me, the Hot Docs Ted Rogers cinema), the Bader and TIFF Cinematheque. There are no screenings at all in the old fashioned sense of the term but the Hot Docs team has provided opportunities to see over a hundred films in the comfort and safety of your home. To paraphrase Gilbert and Sullivan, Hot Docs may be the very model of a major film festival, one that you can love from a distance.

Before getting into the films at this year’s public festival, I think it’s important to acknowledge that Hot Docs has already delivered one key part of its program already. More than three weeks ago, film professionals attended the virtual Industry Conference, which included one on one micro-meetings with filmmakers and commissioning editors, very informative sessions with key broadcasters, virtual hangouts where festival veterans interacted with members of the doc community and a digital version of the famous pitch Forum for new films. That part of the festival went very well indeed although what was missing—the camaraderie, the accidental meetings between industry colleagues which often bear fruit, the genuine warmth among members of the community—couldn’t be replaced. Still, there were advantages: you could actually figure out who was talking at disparate sessions and follow-ups with important colleagues by email or Skype were encouraged by the Hot Docs Industry team under the wise leadership of Elizabeth Radshaw.

What is there to see at the revamped Hot Docs? To put it simply, a lot of major documentary films, which you can relish on your own or perhaps with a life or working partner, who fits in your reduced social bubble. You may miss running into friends at a screening but you can enjoy films on your own, including taking breaks, if needed. Yes, you won’t see the latest hot doc on a big screen but let’s face it, many of us have pretty large screens at home, don’t we? 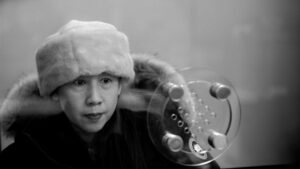 So what’s to see? Prayer for a Lost Mitten, the winner of the best Canadian feature, is a beautiful essay about what we lose and find in life. Set in a dark and snowy Montreal, director Jean-Francois Lesage’s poetic film shows us the simple beauty of things many of us as Canadians have lost: skating with friends, snowboarding in city parks, playing one on one hockey with a great pal. Like Jean Rouch and Edgar Morin’s classic verité feature Chronicle of a Summer, which starts with a survey asking Parisians if they’re happy, Lesage has predicated his film on Montrealers going to their Metro’s lost and found department in an attempt to rescue a missing item, left on a subway train. Most have lost their scarf or toque but some are looking for a wallet with pictures of family and friends or a beloved ring or bracelet. Lesage moves from a funny and moving scene with people encountering success or failure finding their lost items to interviews with the people we’ve just met. Expanding their premise as Rouch and Morin did so many years ago, Lesage spends time, verité-style, with people chatting candidly at dinner or in deep conversations afterward about love and loss. Moving from the superficial to the intimate, Prayer for a Lost Mitten is a rare film: genuinely moving and beautiful. 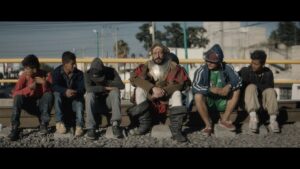 >
499, winner of the Special Jury Prize for International Features, takes a magical realist notion and plays it out in contemporary Mexico. Director Rodrigo Reyes has come up with a crazy idea for his hybrid documentary: bring back to life one of the conquistadors who conquered the Aztecs 499 years ago and have him deal with the consequences of what Hernan Cortes’s men did five centuries ago. This road trip, which follows Cortes’s route, allows the conquistador to encounter the drug dealers, the violence and the lawlessness of life in modern Mexico through the prism of history. 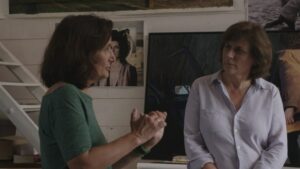 Looking for Gilles Caron is rigorously made portrait of a young French photographer, who made some of the most striking images of the late Sixties before dying tragically in Cambodia in 1970 at the age of 30. In his brief career, Caron took images of the key scenes that took place during that astonishing and often tragic time. He was in Israel during the Six Day War, photographing Jewish soldiers putting their hands on the Wailing Wall for the first time in centuries as an armed force; in Czechoslovakia when the humanist socialist Prague Summer was demolished by Soviet Union troops; in Biafra as children were reduced to skin and bones by a blockade that forced the people into starvation; in Vietnam during a bloody and at-the-time key battle; in Northern Ireland when the murderous civil unrest of the “Troubles” began and in May 1968, when the workers and students rebelled against De Gaulle’s conservative government. Iconic photographer and documentary filmmaker Raymond Depardon saw Caron’s talent right away and let him loose on the world, where he made brilliant work for too brief a time. Director Mariana Otero has made an excellent doc about Caron as a photographer and a man, who never had a chance to grow old with his children and wife. 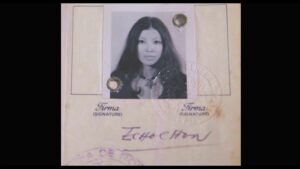 Sanmao: The Desert Bride is a gorgeous, nearly mystical account of the life of a beloved Taiwanese writer, who lived a bohemian life from the Sixties through the Eighties, when such behaviour was forbidden by Chiang Kai-Shek’s repressive regime. Politics didn’t matter to the brilliant, willful writer Chen Mao-ping who adopted the pen name Sanmao after a beloved comic strip character and eventually became known in Spain as Echo de Quero. Her book, Stories of the Sahara, a semi-autobiographical tale about her life with her husband Hexi in the African desert was so exotic and well told that it became a hit not just in Taiwan but also (surprisingly) in mainland China. Directors Ana Pérez de la Fuente and Marta Arribas have created a mesmerizing film using documentary and feature footage in a free flow of images that replicate the imagination of a romantic writer, who lost her beloved husband too young and eventually gave up on her own life. 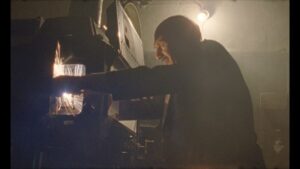 The Forbidden Reel is a history of a subject few Westerners know about: Afghan cinema. In the Eighties when the Soviets had a powerful influence on Afghanistan, a surprising number of artistic films were made. They’ve been described as being a bit like Bollywood but with a more serious and uniquely Afghani tone. When the Taliban took over Afghanistan, they attempted to destroy all of the films, only to be foiled by brave local film archivists, who gave them other prints instead. With the help of the NFB, Afghani-Canadian director Ariel Nasr has constructed the tale of a cinema that barely survived, buttressed by an impressive set of clips from those films. 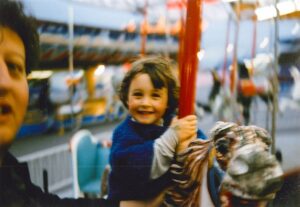 Wintopia is a poetic essay about a daughter’s relationship to her father. Mira Burt-Wintonick, an award-winning radio producer and podcaster, grew up with a deep knowledge of documentary film thanks to her father, Peter, who won a Governor-General’s Arts for making, writing and espousing doc-practice throughout the world. When her father died, Mira Burt-Wintonick inherited his video tapes, with an admonition to make a film with them. That she did. Wintopia uses Peter’s camerawork and Mira’s audio interviews to engage viewers in a film about a father’s quest for utopia and a daughter’s journey to understand her dad.

These are just a handful of the many films available at the Hot Docs online festival. To say the least, this is a festival worthy of your viewing time. To find out more information, check out Hot Docs online: boxoffice.hotdocs.ca

Tune in to hear Marc Glassman’s Art Reviews
Friday’s at 9:07am on <a href="http://www.classicalfm.ca/shows/classic