My Favourite Things: the best 2012 Films and Artists 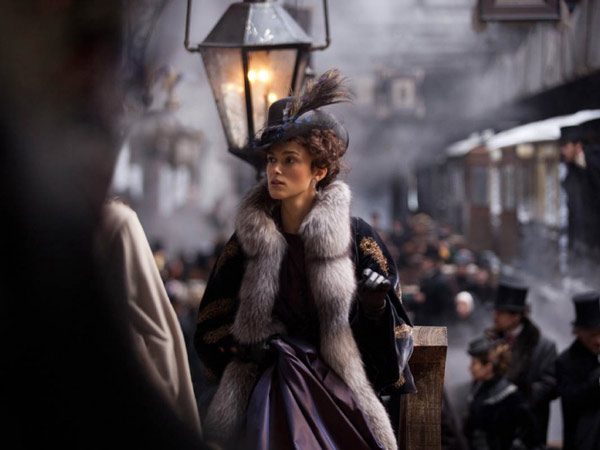 2012 was a middling year—neither the best nor the worst in recent times. It seems appropriate that films rarely scaled the heights. We’re not living in a time when artists are being inspired to create great works. It seems that everyone is marking time, waiting for an economic or social disaster to occur or for something marvelous and unexpected to happen in science or that least scientific of all disciplines, politics.

It’s always nice to herald the arrival of a few eye-popping masterpieces but, sad to say, that didn’t happen in 2012. And if it did, we didn’t find out. With everyone having access to digital equipment, it’s possible that someone did create a work of genius—but we haven’t seen it yet. Think of Charles Ives piling up scores of unperformed work for decades. The same fate may be taking place in the garage or basement of some budding Welles or Fellini right now in the suburbs of Montreal or Calgary or Toronto.

While we’re waiting for the discovery of the next Cronenberg or Egoyan, what did get seen last year that was memorable? You’ll see a list of “top fives” at the end of this year-end report. Before we get into each category, what did seem remarkable to me?

1. Denis Lavant
Let’s start with the biggest surprise. The veteran actor was given a gift by his longtime collaborator, director and writer Leos Carax, Holy Motors. This odd and brilliant feature film starred Lavant being driven in a limo across Paris, acting out a series of characters ranging from an aging lover encountering his ex to an angry dad dealing with his teenaged daughter to a rampaging psychopath attacking Parisians. Lavant seized the role and made it his own. This is the performance of the year.

2. Tom Stoppard
He scripted an Anna Karenina for the ages. Set essentially in a theatre but ranging when needed to wheat fields and palaces, this filmic Karenina catches the epic sweep of Tolstoy’s book, giving prominence to its central tale of doomed romance while honouring the tales of peasants, revolutionaries, Christians, mystics and anarchists, which are also central to the narrative.

3. Sarah Polley
Confronted with the revelation that she has two fathers, one biological and other who raised her, Canada’s iconic auteur and actress turned scandalous tabloid material into a meditation on family secrets. Sophisticated and beautifully structured, Polley’s Stories We Tell is my favourite doc and Canadian feature film of the year.

4. Moonrise Kingdom
Wes Anderson’s hip, hilarious and heartwarming Moonrise Kingdom is a film that continues to resonate half a year after its release. (And it will for years afterward.)The deliberately absurd tale of young lovers trying to escape an island filled with Boy Scouts, church goers and law enforcement officers goes wildly romantic in the end, partially fueled by Britten’s Young Person’s Guide to the Orchestra. Comic and nearly tragic, this film heralds a new, more sincere Anderson.

5. The Master.
The most confounding film of the year. After all the sound and fury about a drama dealing with Scientology, did P.T. Anderson just give us another buddy film? Featuring three great performances—by Joaquin Phoenix, Philip Seymour Hoffman and Amy Adams—and some wonderful period reconstructions, this is a fine film that could have been, well,  a  masterpiece.