Diahann Carroll may be gone but she is definitely not forgotten. 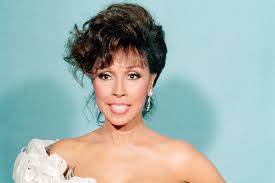 The late actress was remembered as a brilliant talent, a loving friend and mother and a trailblazer by the likes of Cicely Tyson, Laurence Fishburne, Angela Bassett, Lenny Kravitz and more at a poignant memorial service yesterday at the Helen Hayes Theatre in New York.

The Oscar-nominated actress had a career that spanned decades and include her turn as the first black actress to star in a US network television series in “Julia.”  Her other credits included the film “Claudine,” the TV show “Dynasty” and her work as Norma Desmond in “Sunset Boulevard” on Broadway and in Toronto.

Carroll died of breast Cancer in October at the age of 84.

The post DIAHANN CARROLL HONOURED AT MEMORIAL appeared first on Zoomer Radio AM740.