Behind the (concert) scenes: Q+A with Luisa Trisi, publicist; fourth in a five-part series. 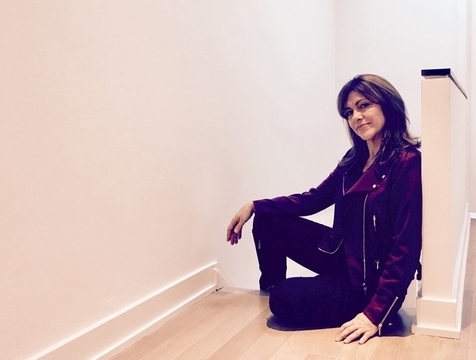 This week, I’ve been posting a five-part web feature about the folks who work behind the scenes at live concerts. What you see as an audience member – the performers – is a mere fraction of the number of people it takes to organize the travel, ticket buying process, promotions, costumes, and staging and that lead up the magic you see and hear on stage.

Did you know behind every concert a well-researched press release was written, emails and phone calls pitching interviews and confirming them, briefing the artist, and ensuring he or she gets to the interview on time? Today, part four out of five Q+A’s, we’re getting a glance at what a freelance concert publicist does. Meet Luisa Trisi, Founder, Big Picture Communications. http://luisatrisi.com/

Q: Tell me a day in the life on the job of Luisa Trisi.
A: In 1999, I launched my own company, Big Picture Communications, and since day one I wanted to offer services to a wide range of clients — from the City of Toronto to an indie classical record label. The variety means that every day is different, and I love that.

A typical day might look like this:
AM:
Scan social media for mentions of my clients. Tweet something interesting and relevant about upcoming projects. Hope for retweets. Write online content for a March release on the ATMA Classique label: the complete Bruckner Symphonies with conductor Yannick Nézet-Séguin and l’Orchestre Métropolitain. Listen to a newly recorded track and marvel at Yannick’s awesomeness. Field media requests for interviews with the incomparable Fran Lebowitz, who is being presented by the Koffler Centre of the Arts for two talks in April. Peruse a recent interview she did with the Paris Review and chuckle over Lebowitz’s trademark acerbic quips.

PM:
Head over to Jeanne Lamon Hall, Trinity-St. Paul’s to meet a TV crew shooting a segment on Tafelmusik Baroque Orchestra. Chat with the host and cameraman about the musicians’ collaborative, congenial approach to music-making. Meet briefly with Music Director Elisa Citterio ahead of her on-camera interview, which she pulls off flawlessly. Attend the Tafelmusik concert that evening. Find myself moved by the gorgeousness of it all. Wipe tears from my eyes as the lights come up at the end of the performance, hoping no one noticed.

Q: That sounds like a varied schedule! What would you most like people to know about being a publicist for classical music?
A: A publicist brings a lot more to the table than writing press releases. We focus on building relationships, and on shaping and delivering credible messages about our clients. My job is to find the unique and compelling stories about my clients, and to tailor them to fit the needs of the traditional and digital media I’m pitching. As our 24/7 media landscape continues to evolve, timeliness and relevance are more important than ever. Having the right tools — high quality photos, videos, and other digital content — is an essential part of an effective publicity campaign.

Q: What drew you to the publicist job? The glamour, the parties, the concerts?
A: I was an English major and studied voice and piano privately for many years, so it was only a matter of time before I was drawn into the world of classical music publicity. I’ve always had a huge admiration and respect for what classical musicians do. My first publicist job was at the Poor Alex Theatre, which was the hub of Toronto’s indie theatre scene at the time — far from glamorous! But it was incredibly exciting to be around artists like Peter Hinton, Leah Cherniak, Martha Ross, Jim Millan, Dean Gilmour, and Mimi Smith. They were experimenting with the artform, taking risks, and pushing audiences in directions that were daring and original. I loved every minute of it!

Q: There comes a point in every publicist’s career when they have to write their first “damage control” release. Do you remember what you had to write? Were you stressed out?
A: First time: It was very early in my career and I was on staff at a major organization. The board hired a crisis communications firm to write the release, while I was on the front line when it came to dealing with the media frenzy. It was very stressful, but we got through it.
By contrast, a client’s recent communications crisis was quite different. I worked closely with the board president, the executive director, and a trusted advisor to craft a statement and strategize about how to convey our position around a sensitive controversy. The organization was publicly praised for the way it handled the situation.

Q: Best and worst thing about the job?
A: Best thing: Working with artists and clients who inspire and move me and show me ways of seeing things from different perspectives; working with words, my first love; learning new things with each project; and feeling like I’m contributing something to a larger community.

Worst thing: Managing unrealistic expectations; having a confirmed feature story pulled at the last minute for reasons beyond my control; clients who expect reporters to be overly compliant.