Put a rose between your teeth: we’re observing the birthday of Nuevo tango legend Astor Piazzolla. 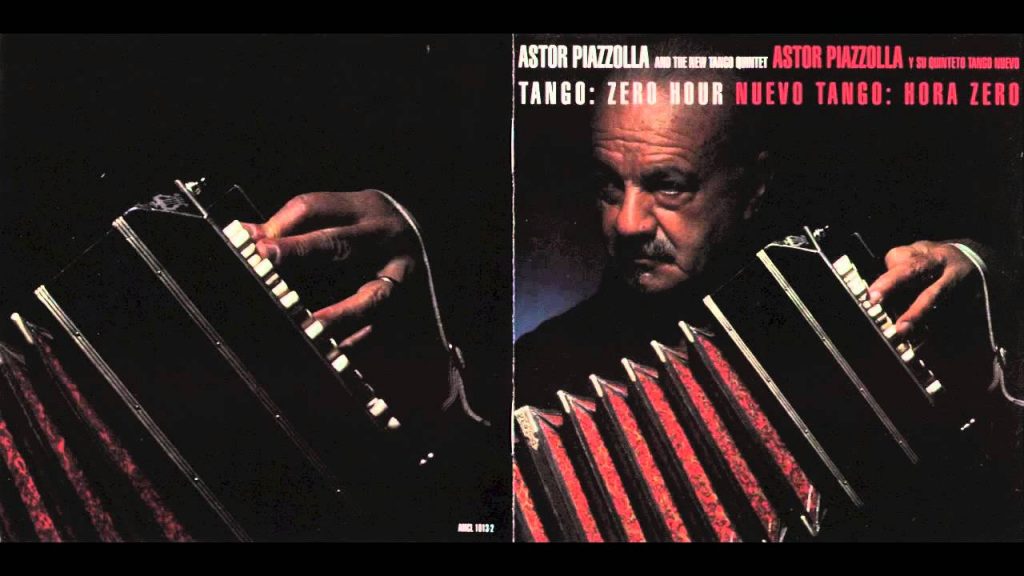 Astor Piazzolla, composer and bandoneon player, revolutionized tango music like no one before him. He created a nuevo tango (“new tango”) movement, by adding aspects of jazz and classical music to traditional tango music. Based in Mar Del Plata, Argentina, the family moved to the States, and Astor grew up on the mean streets of New York City, often being left to his own devices, as his parents worked long hours. He began composing at a young age, and studied with a student of Rachmaninoff, Bela Wilda, who taught him to play Bach on his bandoneon. He also met Carlos Gardel, an important tango musician, who proved an important influence. He also studied classical composition with Alberto Ginastera (who wrote some terrific piano music), and later on, legendary composition teacher Nadia Boulanger in Paris.

Piazzolla left a great number of recordings as his legacy, one being Hora Zero (Zero Hour), which he considered his greatest album. The music is sexy, intense, and at the time, mind-boggling in its originality. It sounds unique even now, since its original release in 1986. The liner notes for Zero Hour are every bit as intense and racy as the tango itself. I won’t print those notes here, but you can Google them. When I first read them, my jaw hit the floor – I’d never seen liner notes like that in a CD booklet before.

Give Hora Zero’s first cut a chance – the confusing medley of sounds dissipates into tango, and the ending is a dramatic “sliding” sound. When it’s done, just let YouTube take you to the next cut. The whole album is worth a listen, and don’t be surprised if you’re craving a cigarette afterwards.