Men in Black: are concert tails outdated? What do you think? 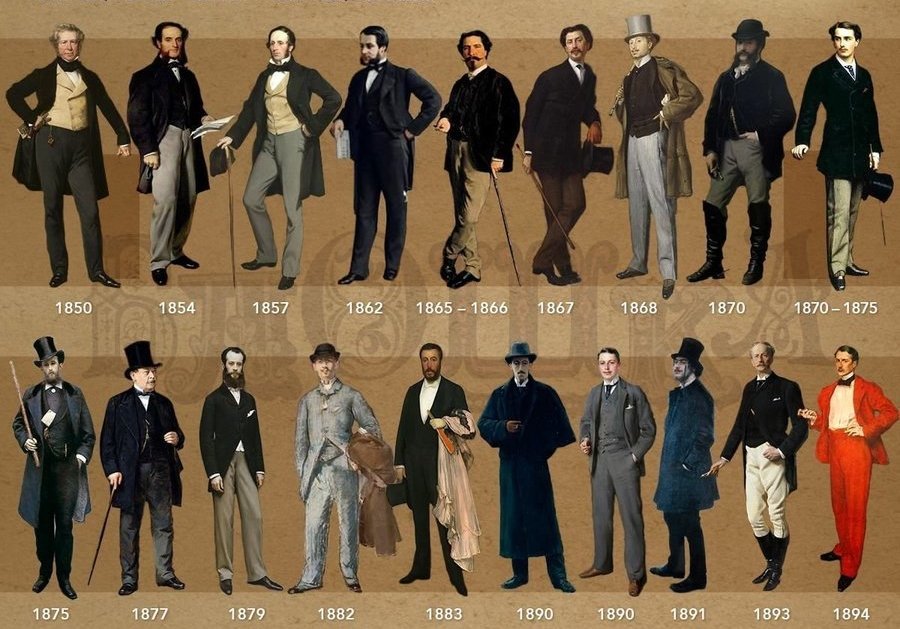 We usually associate the bizarre concept of “suffering for fashion” as something women do (voluntarily – which is even more strange). In the classical world, men suffer for fashion and tradition – and it’s involuntary. Male orchestral players are required to wear tails, which most men agree are not comfortable. Imagine wearing them with a viola under your chin, forcing your bow tie sideways, or while hunched forward over a double bass. And it gets hot on stage.

Stephen Sitarski is a violinst, with a few titles: Concertmaster at the Hamilton Philharmonic Orchestra and Esprit Orchestra, and is on faculty at Royal Conservatory of Music and National Youth Orchestra. Recently, he posted on Facebook his complaint about wearing tails and quite a few orchestra players chimed in. Here’s the thread below.

Original Post:
Look, can we do away with tails worn by symphony musicians already?
It’s 2018…!

Gordon Cleland Shhh! My tails are currently my only presentable wardrobe!

Stephen Sitarski Sadly, mine are on their last legs.

Gordon Cleland No wonder you are against them! Hang on for a bit!

Graham Mackenzie But it’s the only time my inner penguin gets to show itself!

Nicolò Eugelmi Stevo, what’s the matter, don’t you like overheating in a straitjacket while the ladies wear comfortable, stylish outfits? (laughing emoji)

Parmela Attariwala We’re not always stylish! We get away with sketchy stuff on stage sometimes (which makes the contrast with tails especially obtuse) … and then, there is the annoyance of being (un)able to find black separates that have the same tone.

Marjo Fournier I’ve got to say: ALL of my colleagues are very handsome. But the tails really make ANY guy look terrific. En français we say « il faut souffrir pour être belle ». C’est juste que les hommes souffrent aussi un peu… (“You have to suffer to be beautiful. It’s just that men have to suffer a bit, too …”)

Rob Wolanski No. I love the tails. I will fight to the death on this one!

Nicolò Eugelmi Yeesh, even your profile pic you have tails on… what the heck??

Rob Wolanski to Nicolò Eugelmi Yeah, I just noticed that. This is not normal. Pure coincidence!

Michelle Zapf-Bélanger I like the tails and think they look fetching, but I suppose it doesn’t matter too much what we wear in the grand scheme of things, so whatever people decide is fine.

Cameron Ogilvie The only thing good about tails are the built-in “buffet” clips that make the waist bigger after a Hamilton style pre-concert meal.

Melanie Eyers On the drive home last night, my husband, audience member and non-musician, asked why the men are still wearing tails, echoing your sentiment, Stephen.

Peter Collins I like tails. I’m not sure if your sentiment is based on comfort, visual, or political/historical sentiment but I think they look great.

Monica Günter It doesn’t relate to the masses, and certainly not to young people whom we want to relate to classical concerts. It’s elitist. Who wears tails in the real world?

Michelle Zapf-Bélanger Lots of performers wear costumes, though. I’ve always wondered if it’s really the tails that are alienating us from young audiences? I kind of think the lack of classical music in the popular discourse is about something deeper than what we wear.

Ariel Yosef Zev Barnes PLEEEEAAAAAAASSSSEEEEEE!!!!!!!!!!!!!
Servant’s outfit …like being a butler playing strings for food …I think a tux looks much better than tails, and still keeps with a formal tradition…

Christine Chesebrough I have no idea how men play the violin in those things! I say, T-shirts with tuxes painted on (wink emoji).

Jean Norman Iadeluca I have been ready to do away with tails since the first day I put them on … let’s bring our orchestra into modern times.

Mike Herriot C’mon everybody… so what if it’s a bit of an inconvenience to the men of an orchestra to have to piece together a set of tails for every concert? It makes the audience happy to see everyone dressed like the footmen on Downton Abbey. Think of Maggie Smith. Why won’t anyone think of MAGGIE SMITH!!!‽???!

John Newton There was a time when the audience dressed that way as well, so the musicians had also to match the formality of the occasion. That has changed. But a uniform, non-distracting, overall look is a plus, though tails are hardly necessary.

Nicolò Eugelmi So, no pants halfway down the backside, then? What a drag.

John Newton to Nicolò Eugelmi No, you change when you get to the hall.

Carissa Klopoushak Yes, being talked about a lot in our neck of the woods! (I’m pro-change.)

Sandy Baron Nooooooooo!! I love it!

Kent Teeple I’m with you Stephen. I’m for all black…pants and shirt. So easy to play viola in.

Allison Kiger Formal dress is a way we show respect to the masterworks and to ourselves, our colleagues and audience. There’s no substitute for that in my opinion.

James Wallenberg I understand both sides of this discussion but being the “alter-kacker”, I have to side with wearing tails for “the look”. Personally I have no problem playing in them. I assume formal-wear clothing stores still carry them but I honestly haven’t researched it.

Mark Ferris Seems like the tailcoat supporters are mostly women. Lol! Here’s a nice idea for women, in keeping with the Victorian costume (link leading to an image of a tightly corseted woman in fancy Victorian dress).

Rory McLeod I’m with you on this and would take it one step further: no more suit jackets.

Stephen Sitarski A nice black suit with a tie (and not a goofy one like so many of our colleagues wear), and for women, long black with maybe a white blouse and a colour accent of some kind.

Carissa Klopoushak But maybe it’s not dressing down? Maybe it’s formal according to today’s standards? And for galas, we wear tuxes/gowns. Why not!

Marc Djokic Before anyone defends tails, they must accept and support its complete form: top hat, cane, monocle, penny-farthing bicycle, and pipe smoking.

Marc Djokic Sure! 10:00am tomorrow morning?

Thanks for the discussion, orchestra players!