3 Quick Questions with the debonair crooner Matt Dusk, who appears with the TSO 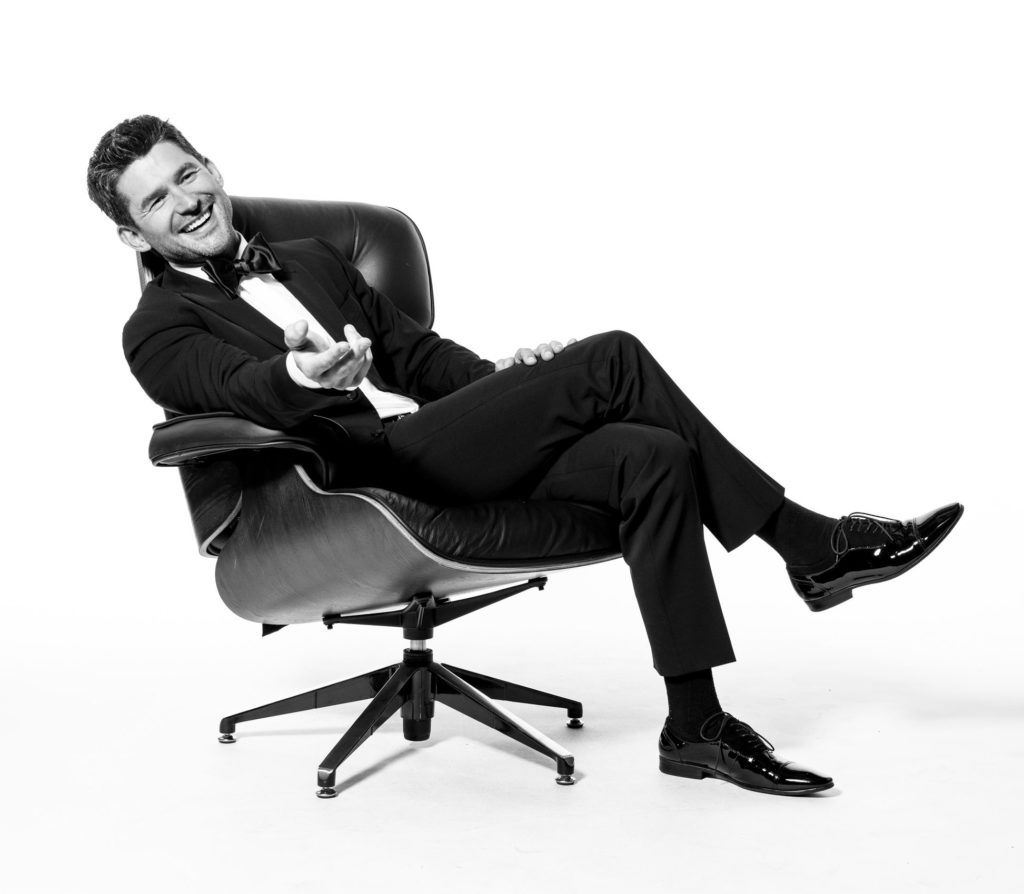 If you love swingin’ cocktail music during the holidays, this is the perfect show for you. Canadian crooner Matt Dusk will perform all kinds of holiday classics with a twist, featuring the Toronto Symphony Orchestra as perhaps the biggest back-up band a singer could hope for. Be sure to vocalize a bit before you go – you’ll be expected to join in a sing-along, too!

This looks like a fun concert coming up with the TSO – holiday standards with a twist. Can you tell us what the audience can expect, music-wise?
I’ve been fortunate to share the stage with many great musicians and vocalists; the Holiday Pops show with the TSO is no exception.  Beyond the classics such as The First Noel, and Tchaikovsky’s Dance of the Sugar Plum Fairy, expect some fireside swinging tunes such as Irving Berlin’s masterpiece Happy Holiday and a foot tapping version of Pierpont’s Jingle Bells.   The show is an up-tempo holiday concert that will have you feeling a little “Ring-a-Ding-Ding” while you sing along to “Fa-La-La-La-La”.

Your bio mentions sharing the stage with Tony Bennett. What was that like?
Tony Bennett is one of my idols; I’ve had the opportunity to share many conversations with him from music to tennis.  The best part of sharing the stage with him is I always feel I have a front row ticket to the best show in town.  There are very few artists like him with careers as long.  We should all wish to be as passionate at our craft after so many decades of dedication.

Tell us about the upcoming “concept album” you’re working on – this sounds very exciting!
My latest album “JetSetJazz” is an homage to the golden age of travel, when PanAm ruled the skies and Frank Sinatra was king.  It was recorded with a 54-piece orchestra and features 10 original songs. It’ll take the listener back in time when every ticket was a first-class seat and plenty of legroom.  I’m proud to say the album has already reached #1 on the Jazz charts in several countries and we look forward to launching it in Canada in 2019. As Sinatra sang “Come Fly With Me” we’ve added to the mix with “Let’s Hop On A Plane!” Who doesn’t love travelling?!  With the album you can listen and imagine you are on a beach in Barbados sipping on your favourite coconut cocktail. Here’s a link to the video: