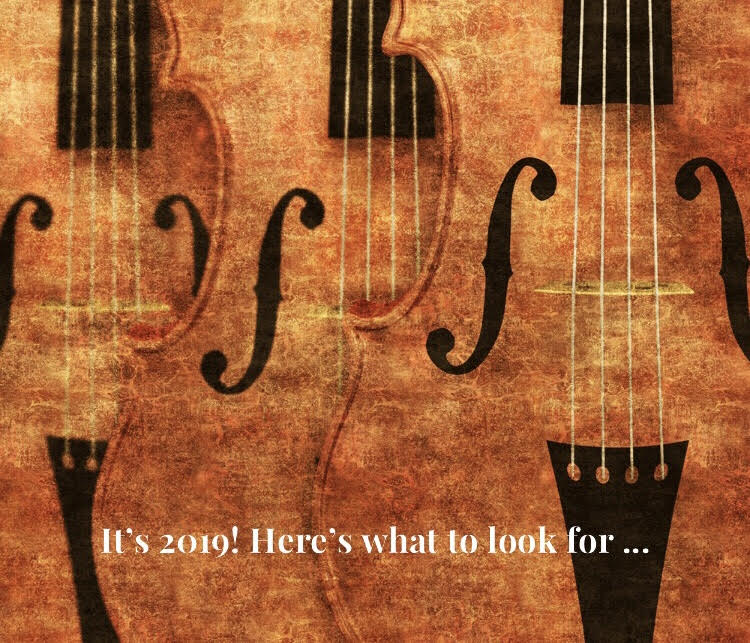 Happy New Year! So, your resolution was to incorporate more live music into your life – a refreshing change than the usual (but healthy) resolutions. Though

Greetings in 2019! I hope you had a lovely ringing in of the new year, whether you cosied up at home, went out and whooped it up, or something in between. When it comes to resolutions, normally they’re health oriented, at least physically. And that’s all good – but let’s consider our emotional health, too. Music plays a part in that, and live music is definitely good for you – it speaks to the soul, uplifts your spirits, and is a great way to start (and continue) a new year. Here’s a list of five concerts to check out, from January to June. If your new year’s resolutions is to work more live music into your schedule, this handy list will make it easy.

Sō Percussion: Amid the Noise
They’re known for their originality, interpretations of modern classics, and an “exhilarating blend of precision and anarchy, rigor and bedlam” – so says The New Yorker. Sō Percussion has redefined the the modern percussion ensemble. Their Koerner Hall return on January 19, titled Amid the Noise, consists of four pieces, all of which will be receiving their Canadian premieres: jazz pianist and MacArthur “Genius” prize winner Vijay Iyer’s TORQUE; Pulitzer Prize winner and member of the vocal ensemble Room Full of Teeth, Caroline Shaw’s Taxidermy; Irish composer Donnacha Dennehy’s Broken Unison, and Sō Percussion’s own Jason Treuting’s Amid the Noise. This concert will be fun, different, and quite amazing, I think!

Love, Remixed
Early instruments and new music. For the first time in its history, The Toronto Consort presents a program of 20th- and 21st-century music written for early instruments and voice. Featuring Juno-nominated James Rolfe’s “Breathe” with text by Hildegard of Bingen, and David Fallis’ “Eurydice Variations”, the story Monteverdi’s “Orfeo” told from the point of view of Eurydice. On Valentine’s Day weekend, Toronto Consort reinterprets, remixes, and rediscovers its love of Early Music.
Artistic Direction by David Fallis & Katherine Hill. Book tickets for you and your sweetie.

La bohème
Art is life for this group of young bohemians, as they navigate infatuation, poverty, and loss in 19th century Paris. The timeless story inspired the popular Broadway musical Rent, and is a celebration of free-spirited creativity and the power of young love. Puccini’s popular opera returns to the stage in John Caird’s production. Dimitri Pittas stars as Rodolfo and Grazia Doronzio as Mimi, with conductor Carlo Rizzi, director John Caird, set and costume designer David Farley, and lighting designer Michael James Clark. The photo depicts the moment when Rodolfo and Mimi’s hands touch in the dark. He notices how cold it is, and sings to her, warming her hand, and making her swoon. If you’re a fan of the film Moonstruck – this was the music featured in that famous opera scene.

GUSTAVO GIMENO CONDUCTS THE FIREBIRD
The Toronto Symphony Orchestra’s concert season culminates with an “explosive coda”, as Gustavo Gimeno, the TSO’s next Music Director, returns to the podium to lead the Orchestra in the  suite from Stravinsky’s blazing, fairy-tale-inspired ballet. Sibelius’s Violin Concerto features the TSO’s Concertmaster, Jonathan Crow, as soloist. Prokofiev’s light and spirited First Symphony, “Classical”, rounds out this final program. If you’re a figure skating fan, “Firebird” is used a lot for the pairs’ program – the death spiral always happens during the dramatic final strains.