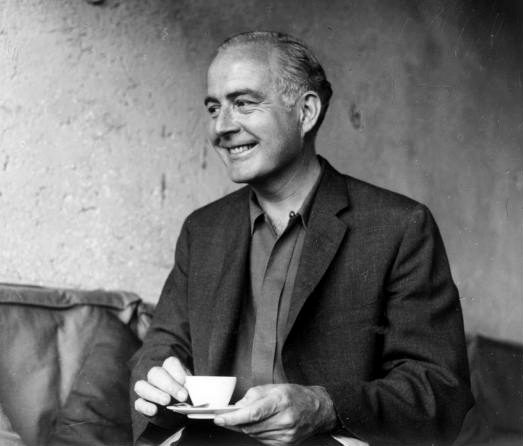 Samuel Barber was one of the rare composers who was born into a comfortable lifestyle, and had a very successful career. He was exposed to music from day one, especially opera, which influenced his later work.

All composers seek commissions from high-profile musicians and orchestras, and in this area Barber was blessed. Commissions and premieres of his works were given by the likes of Vladimir Horowitz, John Browning, Leontyne Price, Franic Poulenc, and Dietrich Fisher-Dieskau.

Adagio for Strings was premiered by the NBC Symphony Orchestra conducted by the legendary Arturo Toscanini in 1938. It was originally written as a movement from Barber’s String Quartet, Op. 11 – listen here:

It was also arranged for choir, which I found hauntingly effective:

Smart is the conductor or performer who introduces this work to the audience, warning listeners that silence is part of the music. After some particularly anguished high notes is a dramatic moment of silence – with some reverb hanging in the air – very much a part of the piece. Often, unsuspecting audience members will applaud, ruining the effect.

My first time hearing this work was when the film “Platoon” came out. Set in the trenches of the Vietnam war, the film uses the music as an emotional backdrop to the bloodshed depicted in the fields. This music is some of the most haunting and I’ve ever heard, and I felt completely devastated after I’d heard it. Not in the original composition are the sounds of helicopters – that was part of the film. To my surprise, I found out years later the Platoon version of Adagio for Strings was recorded by the Vancouver Symphony, where I once worked. This YouTube link is that very recording.