The music of JS Bach inspires thoughts of Spring… 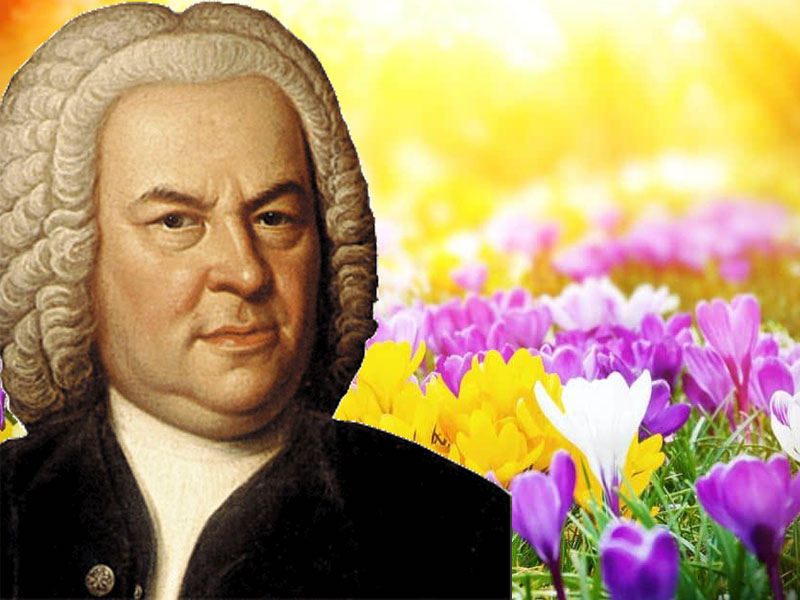 March 21 marks the 334 anniversary of the birth of JS Bach. Since his birthday aligns with the onset of Spring, it’s natural to associate his music with blooms, warmer climes, and general optimism. Bach’s music is like a bright mix of florals in a well-planned garden: complex and layered, yet no matter how many elements are in place – be it many notes or instruments, everything comes together in one cohesive package.

JS Bach wrote everything – works for keyboard, solo strings, choirs, and chamber ensembles (who doesn’t love the Brandenburg Concertos?). What always blew my mind about Bach was his enormous output of work vs. the actual quality of the work, which remained consistently at the genius level.

The Brandenburg Concertos are some of the best works for Baroque orchestra. Six in total, the Brandenburg Concertos were dedicated to Christian Ludwig of Brandenburg-Schwedt, a military officer with societal status. He showed great interest in Bach’s music, and Bach dedicated these brilliant works to him. The various combinations of instruments in the Concertos was considered daring in Bach’s day, and even now, there’s an edge to them. One of my favourites is the Brandenburg Concerto No. 3 in G Major. The first movement is a cheerful introduction; the second movement, Adagio (slow), is a violin solo, which would have been improvised by either the violinist or harpsichordist; then we launch into a super invigorating finale, marked Allegro (quick and lively). This fabulous section sounds like sparkling river streams flowing through a meadow on a sunny day.

Tafelmusik recorded video of this work in two links, listed below.

Brandenburg Concerto No. 3 in G Major.

The finale, the 3rd movement.