Blue Note Records: Beyond the Notes, A Film Review by Marc Glassman 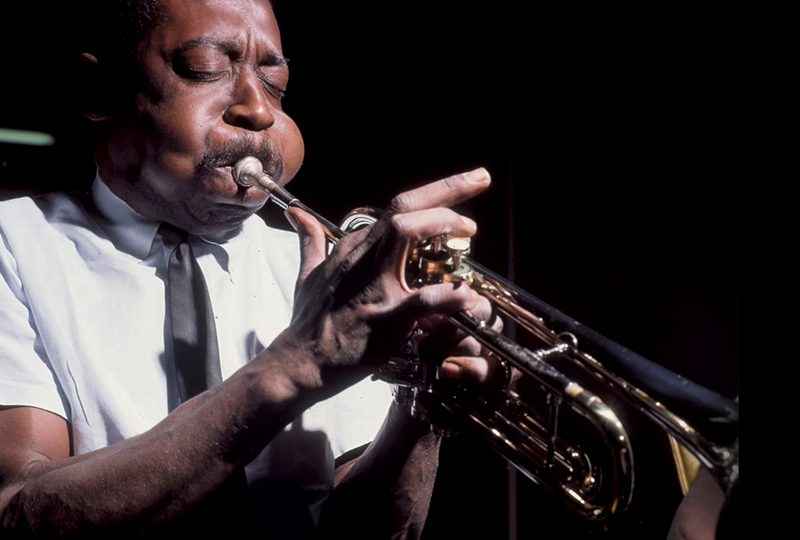 It’s one of the truisms of jazz that it has been best appreciated in Europe and Japan, and not in its racially charged homeland, the United States. So it isn’t a surprise that a lovely film tribute to the American jazz record label Blue Note would be created by the Swiss documentarian Sophie Huber. With Blue Note Records: Beyond the Notes, Huber has made an intelligent, modestly stylish account of what this particular production company has achieved since 1939—yes, this is their 80th anniversary—and, in particular, during its peak period from the mid-Fifties to the late Sixties. 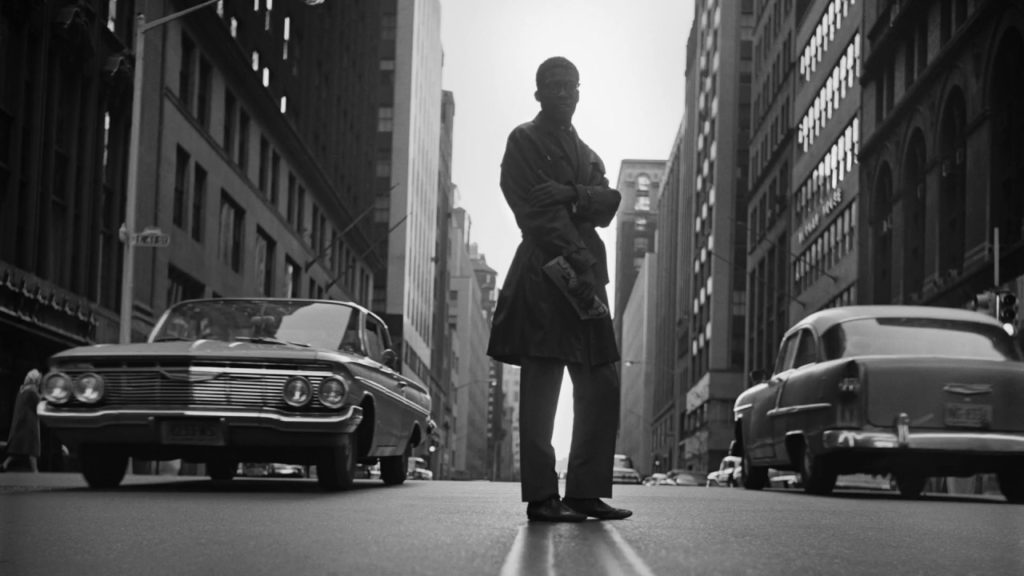 Any true jazz fan knows Blue Note Records. It’s one of the legendary labels, created by aficionados, which produced wonderful music, capturing for the ages many of the genre’s greatest players and composers at the height of their powers. There were precious few other record companies which accomplished anything similar to what it did—Impulse, Commodore and Prestige are the main three—but a number of factors set Blue Note apart.

Their covers usually featured sensitive photographs of the main musicians shot in black and white by one of Blue Note’s owners Francis (Frank) Woolf. During Blue Note’s peak period, from 1955 to 1967, those covers were created by one of the great modernist designers, Reid Miles: the look, so cool, so innovative in its typography and so stylish in its approach, made simply buying the records an investment in the art of jazz. The sound of Blue Note was beautifully clean and clear, thanks to the label’s recording engineer Rudy van Gelder, who actually got a student of Frank Lloyd Wright to create an airy wooden sonic space, which he built as a huge extension in his suburban New Jersey home. 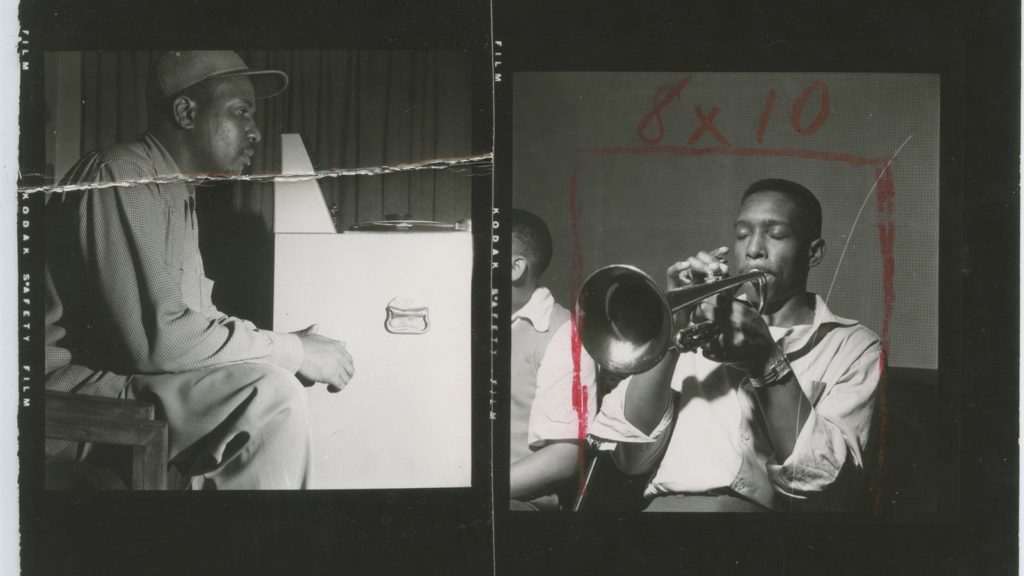 Of course none of those flourishes would be important if it wasn’t for the music itself. Alfred Lion, who owned Blue Note along with Woolf for nearly three decades, was by all accounts a devoted jazz fan and a social liberal. He developed an extraordinary rapport with many of the key musicians who created the first mature jazz style in the Fifties—men like the pianists Thelonious Monk, Bud Powell, Horace Silver and Herbie Hancock; the drummer Art Blakey; the organist Jimmy Smith; the trumpeters Miles Davis, Freddie Hubbard and Clifford Brown and the saxophonists Dexter Gordon, Lou Donaldson, John Coltrane, Cannonball Adderley, and Wayne Shorter.

To jazz lovers, that’s a list of some of the immortals in the music. For others, sadly, it’s a laundry list. This reviewer is going to recommend that you see Huber’s film; that, I assume, is already clear. But as we live in the Spotify and Youtube era, here’s a suggestion: listen to some of the music from that time by the musicians cited on the laundry list. If those powerfully performed, soulful,  and gorgeously innovative sonic pieces don’t persuade you, brother or sister, stop reading now. 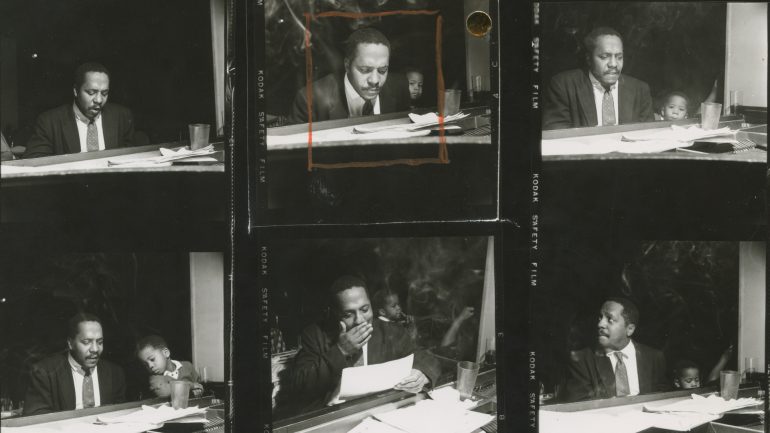 If you’re still reading, here’s more. Blue Note Records was created just before World War Two by Alfred Lion and Frank Woolf, two Jewish Germans, who had escaped Hitler and the coming Holocaust. There was always politics in Blue Note: this was a label produced by Jews and created by African-Americans—degenerates in the eyes of Fascists everywhere. It was no surprise that Lion and Woolf worked closely with exciting revolutionary Black jazz players like Miles and Coltrane and Donald Byrd. It was in the DNA of the label.

Sophie Huber gets all this and makes it clear that Blue Note is more than an excellent jazz label. In the film, she shows that Blue Note is still relevant. We see and hear hip-hop and other contemporary Black musicians extolling Blue Note—people like Ali Shaheed Muhammad, Kendrick Scott, Robert Glasper and Marcus Strickland. The great singer Norah Jones also appears, which is totally appropriate as her presence as the label’s key post-Sixties discovery, put the luster back in the label a generation ago.

Don Was, the producer of music by the Rolling Stones, Bob Dylan, Waylon Jennings and so many more, is Blue Note’s current president. Needless to say, with him in charge, the jazz label will continue to outperform itself. Was is in Huber’s film, too, as a funny, brilliant presence. You understand that Blue Note has to be pleased with this film but it’s actually made independently by Sophie Huber. Rarely has the creative process of producing music been done as well. Blue Note Records: Beyond the Notes lets us enjoy great music while watching a moving real-life story be told.