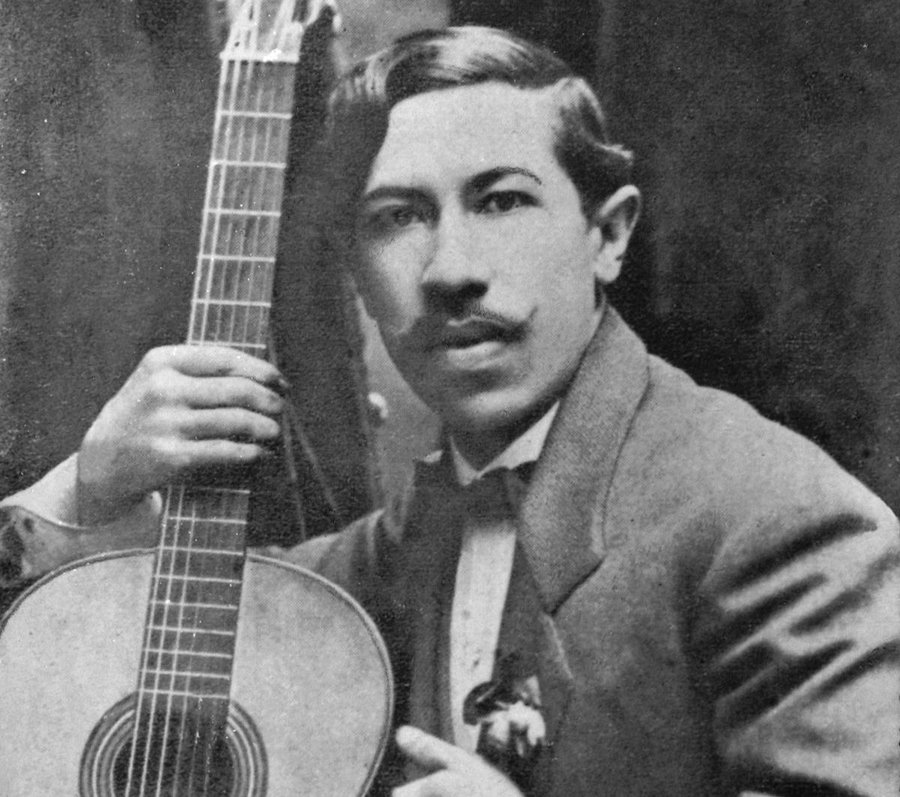 I love acoustic guitar, whether the music is classical, folk, pop, or anything from a warm country. Agustin Barrios was a rock star in the classical guitar world; he was a Paraguayan virtuoso classical guitarist and composer, and heralded as one of the greatest performers and prolific composers. And thank goodness, as he left behind a wealth of music for future guitarists to perform. Like Sergei Rachmaninoff, with whom he is a close contemporary, Barrios’ music was mainly late-Romantic in nature, even if he lived well into the 20th century. A great deal of influence came from the folk music of South America and Central America, and featured virtuosic passages, all the better to show off his superior technique.

Barrio’s music is comprised of three main parts:
1. Folkloric – paying tribute to the music and people of his native country;
2. Imitative – Barrios appreciated the Baroque and Romantic periods, and sometimes composed in the style of these eras;
3. Religious – his beliefs and experiences was important to him, and was a key component to his compositional process.

“Julia Florida” is a beautiful, short, intimate piece, a “barcarola”, which you may recognize from the word “barcarolle”, or “boat song”. They’re usually in 6/8 time, and have a relaxed, lilting quality, as if to suggest being gently rocked by the waves. Other composers who composed barcarolles include Offenbach, Faure, and Chopin. Julia Florida was the name of one of his students, and the piece was written in December of 1938 while Barrios was living in Costa Rica. It was not a great time for Barrios, health-wise, and Julia was student of his at that time. Apparently, she remembers him as “smoking a lot, and being a bit nervous”. Based on the heartfelt, gentle sincerity of this gem, it’s clear she was dear to him.