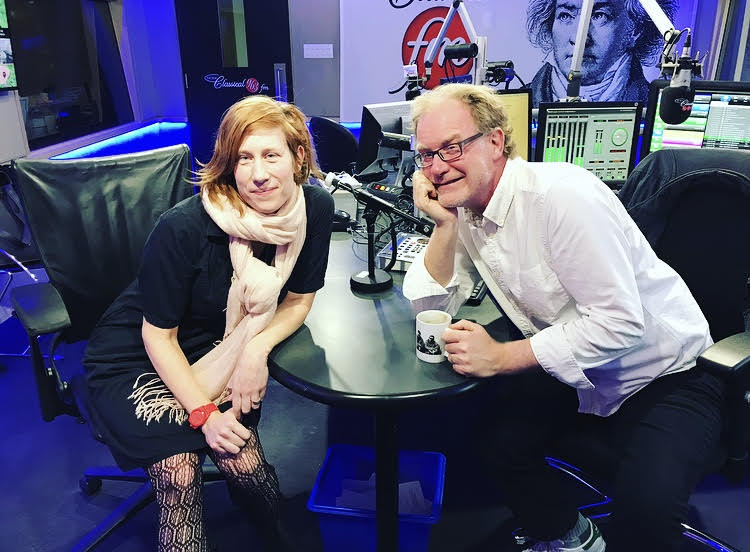 Andrea Donaldson, the recently named Artistic Director of Nightwood Theatre, visited “Classical Mornings” with Mike (Jean is away) to chat about directing “Beautiful Man”. This play, written by Erin Shields in two furious days, is a response to the relentless violence toward, and objectification of, women in TV shows and movies — from the parade of sexual assault victims in police procedurals to the wall-to-wall female nudity of Game of Thrones.

Exhausted and frustrated, Erin wondered, what would it look like if men were the victims, at the hands of women, instead? The gender switch provokes laughter, initially, largely because the gender flip all too well reveals the clichés we are happy to accept in pop culture, gleefully consumed as entertainment. Because of everything happening with the #MeToo movement, it was paramount this play was mounted as soon as possible.

If Andrea’s name is familiar, she was also part of Nightwood’s production of “Unholy”, which addressed women’s place in organized religion. There was  a recent 5-show sold out run at Zoomer Hall and was shot for a VisionTV special.

Listen to the interview with Andrea here:

The play runs May 4 – 26 at Factory Theatre, at 125 Bathurst at Adelaide.  “Beautiful Man” was written by Erin Shields, directed by Andrea Donaldson, and features Ashley Botting, Mayko Nguyen, Sofía Rodrígues, and Jesse LaVercombe,  For tickets and info, please click here.