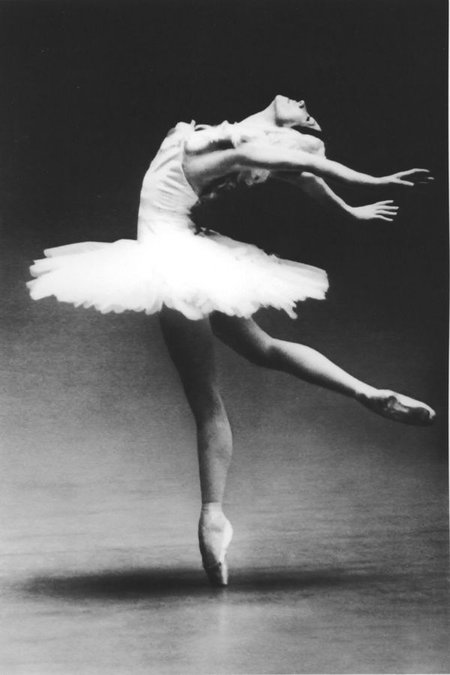 I definitely love a big, romantic theme, with a big, heart-on-sleeve melody, especially the music of the Russians … and also, when an orchestra is involved, like the Rachmaninoff or Prokofiev piano concerti, and in particular, the music of Tchaikovsky, be it orchestral, his Piano Concerto No. 1 in B-flat minor, or his ballet music.

My memory of seeing “Swan Lake” for the first time is seared into my brain, and I recall many details like it was yesterday. I was seven years old. My mother, “The Matriarch”, bought tickets for us to see “Swan Lake” danced by the Royal Ballet, then known as the Sadler’s Wells Royal Ballet. I even remember the lead dancers, Monica Mason and David Wall, who went on to be named Dame Commander of the Order of the British Empire and Companion of the British Empire, respectively.

I begged for ballet lessons and studied dance for a few years, all because Tchaikovsky’s music was so magical to me – it perfectly encapsulated the theatre – lights, the makeup, the costumes, and all the wonder that ballet meant to me. After seeing this life-changing performance, I insisted on going backstage and getting autographs of the dancers. I will never forget the exaggerated makeup of Ms. Mason, meant to be seen from the farthest row in the back, and looking over her shoulder into her dressing room and seeing a mountain of toe shoes on the floor behind her (I learned later that ballet dancers will break in their toe shoes to the sweet spot, and wear a few pairs out during a single performance). I also remember seeing rehearsal tutus hanging up on a rolling rack and a complex assortment of makeup on the counter in front of the brightly-lit mirror.

To this day, when I see “Swan Lake”, I am reminded of this life-changing performance, and my ongoing fondness for the music of Tchaikovsky, whose considerable angst he channelled into his music like no other. I also officially fell in love with the oboe that night, which plays many of the haunting melodies.

“Swan Lake” became known in recent years, as it was the ballet featured in “Black Swan”, the 2010 movie starring Natalie Portman, who won an Oscar for Best Actress.

Tchaikovsky’s ballet music is so good it stands alone as orchestral music, and doesn’t sound like “background” dance music. Others ballets I’ve seen require the dance to complete the overall effect, but Tchaikovsky’s ballet music (“The Nutcracker” and “The Sleeping Beauty” being the other two) sound perfectly good on their own. Of the many gifts The Matriarch gave me, this memory of “Swan Lake” is one of the best.

Here’s the legendary ballerina Natalia Makarova, partnered by Ivan Nagy, in the famous pas de deux from Tchaikovsky’s Swan Lake. Violinist Izhak Perlman and cellist Lynn Harrell are on stage with them. Check out Makarova’s arms; they are unbelievably fluid and look super swan-wingy.

Pyotr Ilyich Tchaikovsky was born May 7, 1840 in present-day Udmurtia in the Russian Empire, and died November 6, 1893, in St. Petersburg.