Celebrating not one, but two composer of gorgeous French music: Faure & Massenet 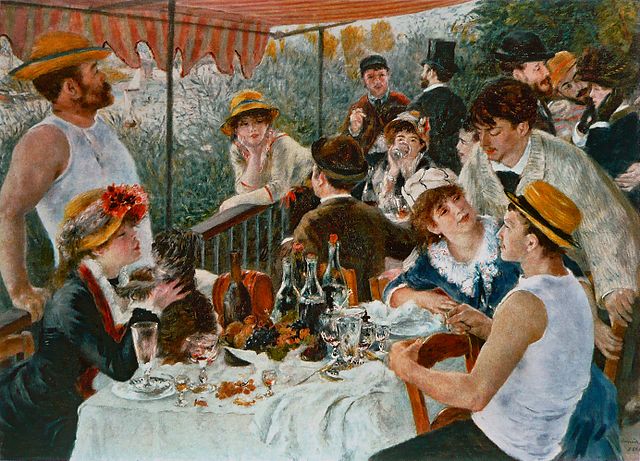 Gabriel Faure wrote some of the most beautiful, sensuous melodies of his time. It’s hard to find a source categorizing him as an Impressionist composer; his music is considered a link between the end of the Romantic era with the modernism of the mid-20th century. When Faure was born, Chopin was still active, and when Faure died, jazz and atonal music (music without a tonal centre, not based on one note or key) were emerging.

The Pavane in F-sharp minor, Op. 50 was written in 1887. It was originally written for piano, but became better known as a work for flute and orchestra, arranged by Faure himself. The orchestral version was premiered at Concert Lamoureux in 1888, and a few years later, a version with dancers and chorus, in a “choreographic spectacle” was performed at a garden party of his patron, Elisabeth, Comtesse Greffulhe. Can you imagine sipping champagne at a garden party in Paris, listening to this beautiful piece of music? I can think of worse things.

Jules Massenet is another French composer considered a Romantic, and was known for his operas, oratorios, ballet, orchestral works, incidental music, piano pieces, and songs. He taught composition at the Conservatoire in Paris and by the time of his death, was considered outdated and unadventurous. After a few decades, his music regained its original acclaim in France and abroad. His operas were not considered by critics to be at the level of Mozart, Verdi, and Wagner (though can anyone compare to Mozart?) but are considered well-written and significant works of the Belle Epoque.

One of Massenet’s most famous works is for solo violin and orchestra – the Meditation from the opera “Thais”. It’s a popular choice for violin soloists to play as an encore after a concerto appearance, with folks like Joshua Bell, Sarah Chang, Anne-Sophie Mutter, Itzhak Perlman, and Maxim Vengerov performing it as a balm after a concerto of flash and virtuosic flair. And here’s Vengerov now, to do the honours, with conductor Luciano Di Martino and the M-Tel Radio Symphony Orchestra.