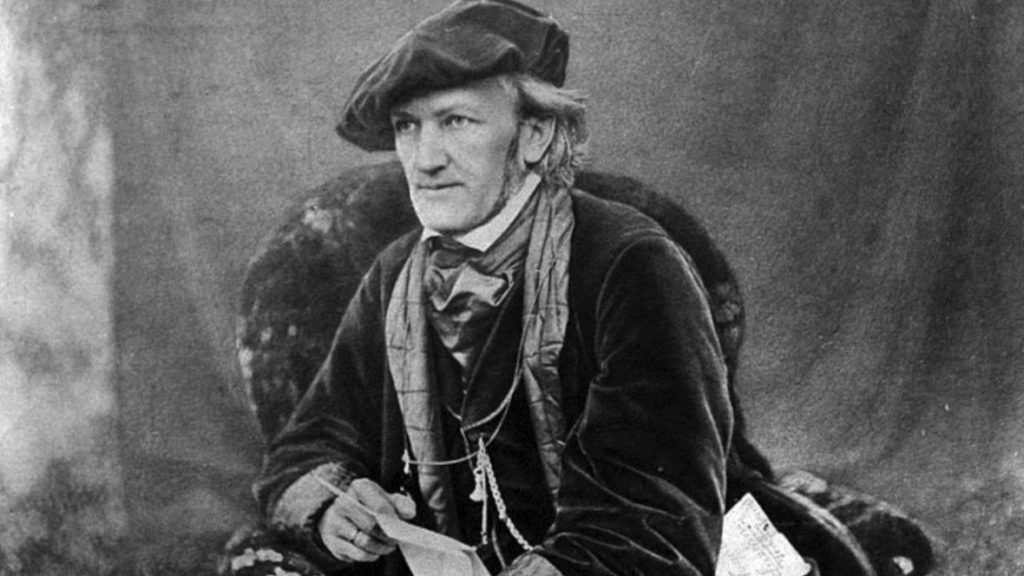 We’ll get to the Elmer Fudd reference in a sec. Composer Richard Wagner was beyond epic on every level. He was epic with his ego, his ambition, and the scale of his operas (“The Ring of the Nibelung” is a four-NIGHT opera of about four hours EACH). Wagner was an opera god, first and foremost, in his own mind. Everything was on a grand scale with this guy. While he was a tad over the top with his ideas, there’s no denying he was a top-notch composer who forever changed opera, the orchestra, and the tonal language of Western music. Most significant composers were influence by him; Wagner had a way of thinking named after him.

You never hear any of his arias as part of a concert, because they were never a separate number that could be easily lifted and dropped into a symphony concert. They were too interwoven into the fabric of the overall work. However, Wagner did write a lot of non-opera pieces or opera overtures that can be played as a shorter work on its own. Wagner was one of the fist composers to truly rock the potential of the newly-valved brass instruments, along with composing unprecedented effects of the strings in extreme registers. Both examples are quite evident in “The Ride of the Valkyries” from the opera “The Valkyrie”. I won’t get into the plot of all four operas of “The Ring” or we’ll be here all day.

“The Ride of the Valkyries” (this is the Elmer Fudd part – the music used for the famous Bugs Bunny “What’s Opera, Doc?”) begins the third act, and the music builds up successive layers of accompaniment until the curtain rises to reveal a mountain peak where four of the eight Valkyrie sisters of Brünnhilde have gathered in preparation for the transportation of fallen heroes to Valhalla. As they are joined by the other four, the familiar tune is carried by the orchestra, while, above it, the Valkyries greet each other and sing their battle-cry. I love this piece because it sweeps my imagination off into heroic journeys and conquering the world with Jason Mamoa by my side. When I lived on campus as a UBC student, our dorm had a freak-out hour during exam period where we could be totally noisy and crank up the music as loud as we wanted. I dragged my tape deck (I am dating myself) into the hallway and blasted “The Ride of the Valkyries” at full volume. My dorm-mate from down the hall, Mitch Higashi, tied a towel around his neck to form a cape, and waltzed me down the hall.

The Berlin Philharmonic, conducted by Daniel Barenboim, perform from the opera “The Valkyrie”, the opening of act 3, “Ride of the Valkyries”.