Who put the viola da gamba on the map? Who was one of the first to write program music? Marin Marais, that’s who. 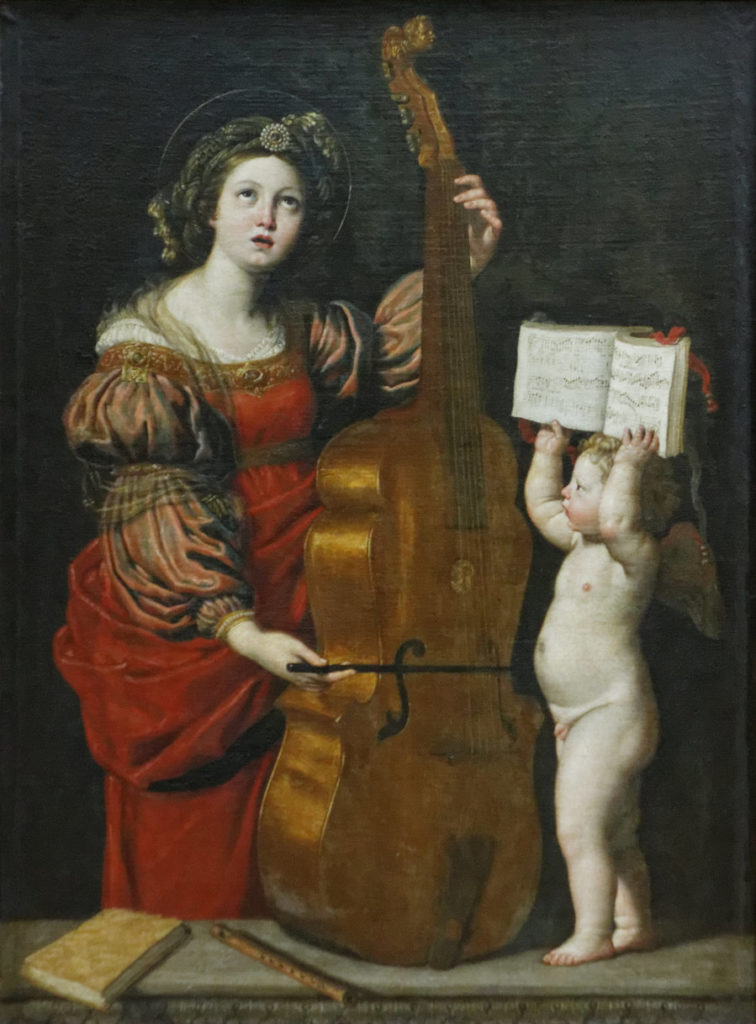 The viola da gamba depicted here as played by the patron saint of music, St. Cecilia, and a cherub assistant

Marin Marais was a French Baroque composer and viol player. A “viol”, or “viola da gamba”, is a Baroque instrument that is played like a cello, but has a few difference than the cello. The back is flat, not curved, and the shoulders are quite sloped, and not rounded like a cello’s. The holes in the front of the instrument are “C holes”, not “F-holes”, and have more strings (five to seven) than the usual four on a cello. The full Italian name is “viola da gamba”, (“viol for the leg”) and is pronounced like the word “vile” (but really, has a lovely sound).

Marais studied with Jean-Baptiste Lully (they guy who pounded his counting stick into his own foot, thus dying from the subsequent infection) and had a dream job as a musician at the court of Versailles, being appointed “ordinaire de la chambre du roy pour la viole”, a title he kept for 46 years. He was one of the first composers to write program music, meaning pieces that had a narrative, as opposed to a classical form such as a sonata – music for music’s sake. He wrote a work called The Bladder-Stone Operation for viola da gamba and harpsichord, which included annotations like “The patient is bound with silken cords” and “He screameth”, which are read by a narrator. (And I thought Erik Satie had strange instructions). This would be a good work to program around Halloween.