Glinka spearheaded the “Russian sound”, and put his country on the musical map 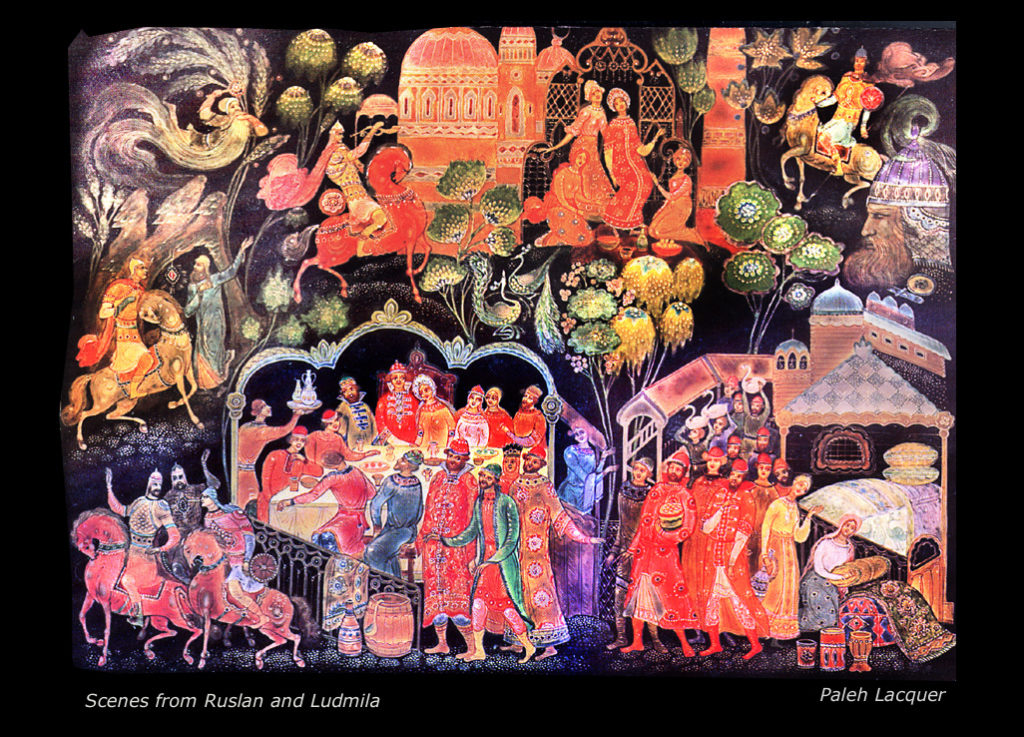 Scene from Ruslan and Ludmilla, an opera by Glinka

Mikhail Glinka was the inspiration behind “The Five”, a group of Russian composers dedicated to promoting a distinctly Russian sound of classical music. This was due in part to Glinka’s achievement of being the first Russian composer to achieve acclaim in his own country. This set the wheels in motion to cultivate this Russian sound. Now, we can’t imagine classical music without the Russian influence.

Ruslan and Ludmilla is an opera, with the most rousing overture which gets the heart pumping and the circulation moving. I swear it’s like cardio – I feel like I’ve gone for a run even though I’m just sitting there, listening. This overture is based on a poem by Alexander Puskhin, published in 1820. It’s an epic story of the abduction of Ludmilla, the daughter of Prince Vladimir of Kiev by an evil wizard, and the attempt by the brave knight Ruslan to save her. Ruslan encounters all kinds of crazy mythical beings, comes back from the dead thanks to mythical waters, and eventually reunites with Ludmilla and they’re married with everybody’s blessing. She must be one special woman for him to go through all this effort; nowadays my friends bemoan the men who can’t be bothered to return a text.

Valery Gergiev conducting Ruslan and Ludmilla at a zippy tempo.

Mikhail Glinka was born June 1, 1804 in the Smolensk Governorate of the Russian Empire and died February 3, 1857 in Berlin, Germany.