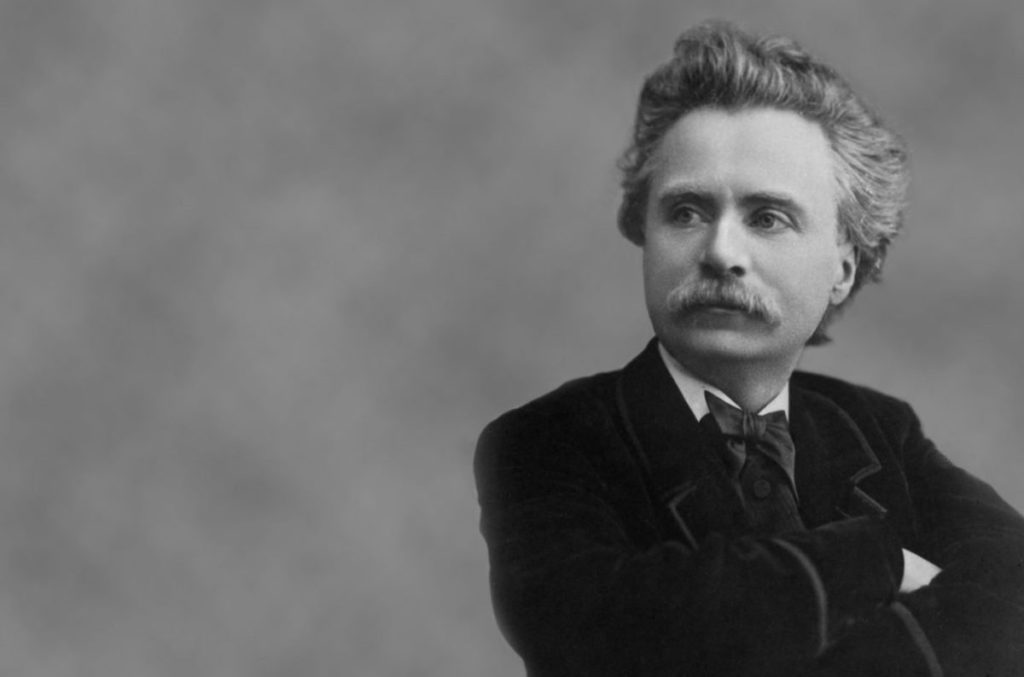 Tomorrow marks the anniversary of Edvard Grieg’s birth. Like many composers of the Romantic era, Grieg  wanted to integrate music of his homeland to create a sound unique to his country of Norway. As a result, Norwegian music became recognized internationally, and helped develop a national identity, much as Silbelius did for Finalnd and Dvorak did for Bohemia.

Grieg influence these days can be heard in his “Hall of the Mountain King”, which has been used in various media, such as radio and TV, both in programming and commercials, as well as film. Piano students will have played many of his piano gems, such as “Arietta”, “Butterfly”, and “Nocturne”, which I have to admit, I’m not a huge fan of, as I’ve heard these pieces played badly so many times in competitions and by students I’ve taught as a sub teacher for my mother, “The Matriarch”.

The Piano Concerto in A minor is something else entirely, and is what Grieg is best known for – a lush, deeply heart-felt work, with heart-on-sleeve  melodies. The opening features a dramatic timpani roll and an arresting chord on the piano with a flourish of an opening statement. The cadenza (flashy piano solo) at the end of the first movement is one of my all-time favourites. A true artist at the keys will make this work sound like the greatest piano concerto ever written, and, like the Tchaikovsky Piano Concerto No. 1 in B flat minor, if the audience doesn’t clap after the first movement, the pianist will wonder if he or she wasn’t exciting enough.

Emil Gilels was a legendary Russian pianist, with a full, rich, satisfying sound. The cadenza I was referring to starts at 9:35. The way he plays it, it gets more and more exciting, and just when you think it can’t possibly – it’s even more exciting. Have a listen (and watch his hair go flying).