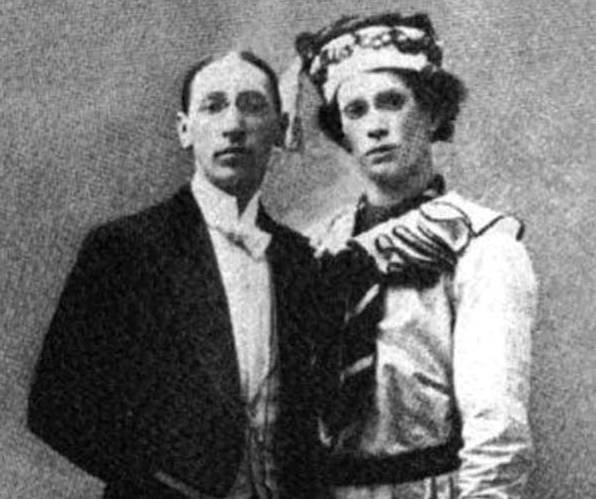 Stravinsky was a titan of 20th century music and changed everything. He turned the use of traditional classical instruments onto its head, and re-imagined the sounds these instruments made. Le scare du printemps (The rite of spring) is a prime example of this. He made bassoons moan in a scary way by placing their notes in the high register; the strings, which normally perform lyrically, became growling percussive instruments; and French horns, usually ringing with out stoic passages, howled like forest animals. The score contains a few novel features for the time it was written: exploration of tonality, metre, rhythm, dissonance, and instrumental range. This work influenced many composers who came after Stravinsky, and is one of the most frequently recorded.

The narrative of Le sacre du printemps involves pagan Russia, primitive rituals celebrating spring, and a young maiden chosen as a sacrificial figure who dances herself to death. Diaghilev commissioned the unknown Stravinsky to compose the score, and the young ballet dancer, Vaslav Nijinsky, was summoned to do the choreography. The rehearsals were a disaster for both musicians and dancers (the music is extremely difficult to count, for starters) but all persevered. The premiere went down as one of the most infamous in classical music history. At the Theatre des Champs-Elysees on May 29, 1913, the modern nature of the music and choreography caused the audience to freak out, and a near-riot ensued. Though it’s not as frightening by today’s standards as it was in 1913, my imagination still goes into overdrive when I hear it live. I’m on the edge of my seat.