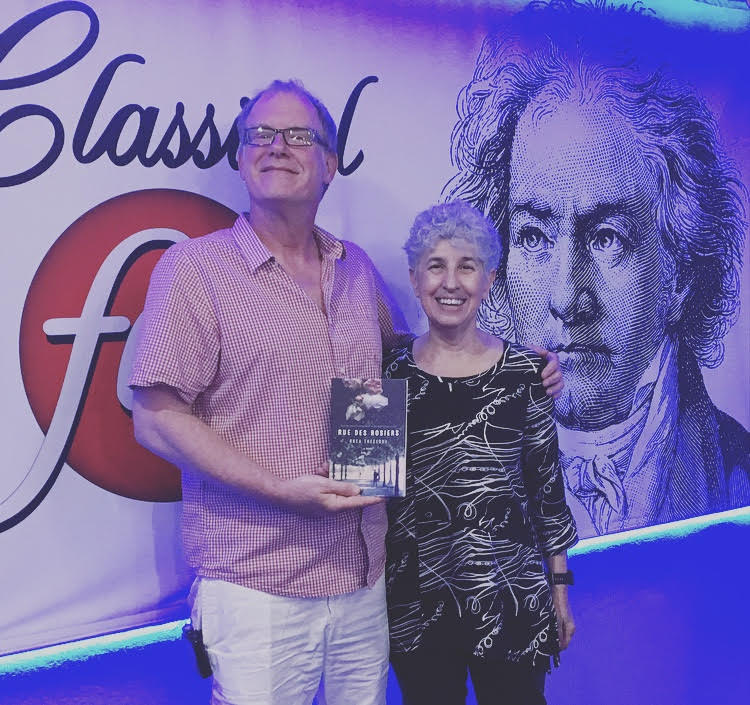 Canadian writer Rhea Tregebov visited “Classical Mornings” with Mike and Jean to talk about her latest work, Rue des Rosiers, recently published by Coteau Books. The story follows, Sarah, who’s seeking direction. She’s fired from her job in Toronto and moves to Paris and faces unexpected challenges (including an act of terrorism) along with meeting a woman named Laila, living in exile from the luxuries of 1980’s Paris.

Rhea also compared and contrasted writing poems vs. novels, which reminded me a lot of learning Chopin preludes vs. Beethoven sonatas. (Turns out she is taking piano lessons with a UBS Master’s student!)

Tregebov’s seventh collection of poetry, All Souls’ was released in 2012. Her work as received the Pat Lowther Award, the Malahat Review Long Poem prize, Honorable Mention for the National Magazine Awards, and the Readers’ Choice Award for Poetry from Prairie Schooner. Her historical novel, The Knife-Sharpener’s Bell, won the Segal Prize in literature and was shortlisted for the 2012 Kobzar Prize. She is Associate Professor Emerita in the Creative Writing Program at the University of British Columbia.