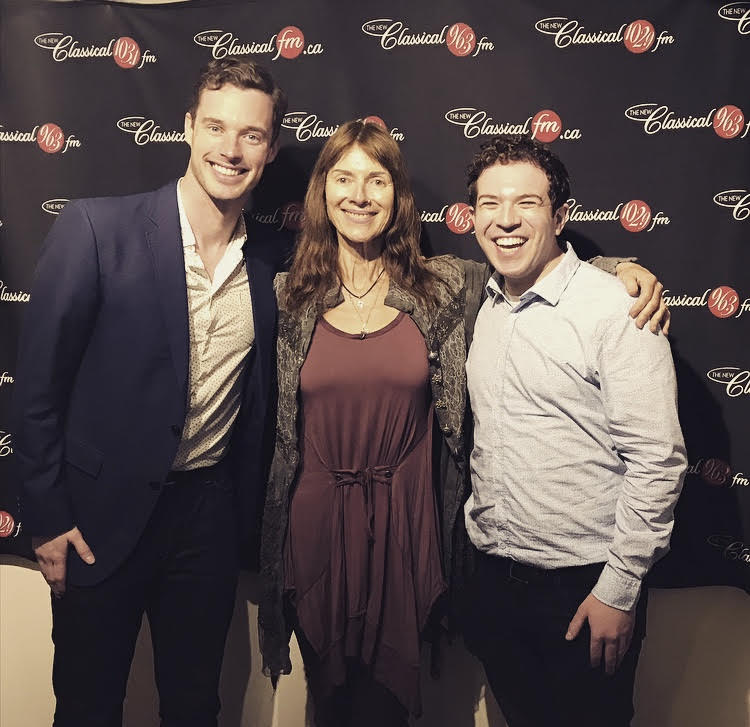 THE BOOK OF MORMON, the wildly popular musical hit plays Ed Mirvish Theatre until June 23, 2019. The two leads, Liam Tobin (Elder Price) and Jordan Matthew Brown (Elder Cunningham), swung by to chat with “Classical Mornings” co-host Jean Stilwell about the production, the influence of writers and South Park creators Trey Parker and Matt Stone, and how they approached their characters.

In Toronto, the production will conduct a pre-show lottery at the box office, making a limited number of tickets available at $25 apiece. The wildly popular lottery for the Broadway production has attracted as many as 800 entries at some performances, and it will be offered for every city on the National Tour.

This musical comedy follows the misadventures of a mismatched pair of missionaries, sent halfway across the world to spread the Good Word. Now with standing room only productions in London, Broadway, and across North America, THE BOOK OF MORMON is an international sensation.  For info and tickets, please click here.