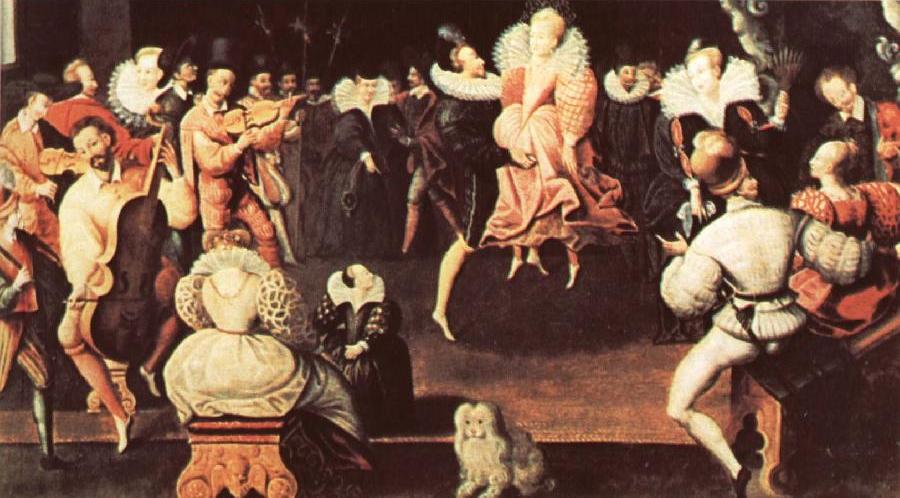 Henry VIII whooping it up at a party

When he wasn’t marrying, beheading, divorcing, being widowed, beheading, and divorcing … Henry VIII was a pretty good composer. Who knew? He cultivated the images as the ultimate Renaissance man, having once been fit and a jouster, and during his early reign, his court was a centre of scholarly and artistic innovation, as well as glamour. He scouted and poached excellent choristers for his court, and introduced music into all proceedings, beginning an ongoing tradition of court musicians. Henry was also an avid instrument collector, was skilled on the lute, played the organ, and the virginal (a small table-top keyboard, similar to the harpsichord). He even sight read well – something all musicians want to do, which is developing the skill to play and read something new with reasonable finesse. A true creative soul, he was also a talented author and poet.

“Pastime With Good Company”, also known as “The King’s Ballad” is an English folk song composed by Henry early in the 1500’s, shortly after his coronation. It is the most famous of his works, and was a popular song in England and Europe during the Renaissance era.

The New World Renaissance Band recorded “Pastime With Good Company” from their “Live the Legend” album.