Before John Williams, there was Leroy Anderson. 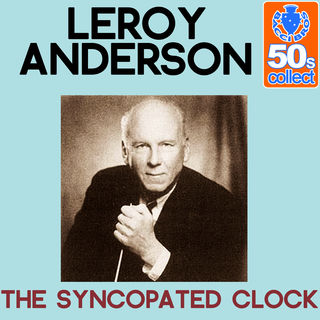 Hardcore classical snobs can be rather dismissive of classical pops music, but honestly, we can’t listen to Mahler and Bruckner all the time – we’d get burned out. Sometimes it’s the less emotionally and intellectually taxing music we need to hear once in a while, and lighten the mood. His music depicted dances, horse and buggy, marches, and jazz scenes, using pizzicato (plucking of the strings), sandpaper, and even a typewriter.

The great film score composer John Williams described Leroy Andrson as “one of the great American masters of light orchestra music.” Often his music is on a Pops series subscription, but a few pieces made it over the Masterworks series, too, especially to balance out a “serious” programme. While Anderson’s music was light, parts of his life story were not. He grew up speaking English and Swedish with his immigrant parents, and was fluent in Danish, Norwegian, Icelandic, German, French, Italian, and Portuguese. In 1942 he joined the US Army, and was assigned to Iceland with the US Counter Intelligence Corps as translator and interpreter. In 1945 he was reassigned to the Pentagon, no less, as Chief of the Scandinavian Military Intelligence. He continued composing during this time, writing one of his most famous pieces, “The Syncopated Clock”. Anderson became a reserve office and was recalled to active duty during the Korean War. He continued composing.

“The Syncopated Clock” is one of his best known and loved works. In February, 1951, WCBS-TV in New York City used this music as its theme song for The Late Show, the late-night movie broadcast. Many people to this day associate that work with hunkering down to a movie in their living rooms.

Here are the opening credits of “The Late Show””

Here is the original version, with Leroy Anderson his Pops Concert Orchestra: