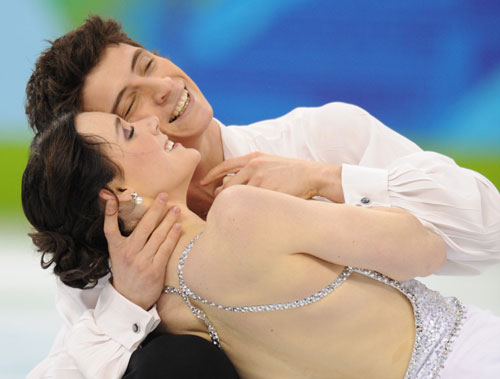 People either fanatically love Mahler, waxing rhapsodic about how extraordinary and deep his music is (which is true); or people aren’t quite as enthused, who find his music rather self-aggrandizing, overly complex, and too long (I may or may not be in this category). Everything about Mahler is long and complex – his symphonies require many extra players, and it’s impossible to find a short blurb about his life.

The idea that Mahler was pretentious and unsuccessful as a composer haunted his reputation for years after his death, and while his music was not perfect, with moments of questionable judgement (a two-hour long symphony?), his music is more about the overall scope, and his mind’s vision than the small details. Maybe this is why I can’t connect with his music – I tend to focus on the details. Or maybe I’m sure spiritually depraved, as my Mahler-loving friends suggest.

One way for me to happily engage in Mahler’s music is to set figure skating to it. The Adagietto is exquisite, from his Symphony No. 5, and composed as a love letter to his wife, Alma. Here are Tessa Virtue and Scott Moir, skating their gold medal performance at the 2010 Olympic Games in Vancouver. This is an arrangement, curiously with piano added, and edited for length, as the original is nearly twice as long as a figure skating long program.

In 1996, Olympic and World gold medallist and pairs figure skater Ekaterina Gordeeva skated alone to the same work, to remember her husband and pairs partner, Sergei Grinkov. This broadcast features the original as it was written, full-length.

She looked so small and lonely with out her partner in life and skating. I blubbered during this broadcast, and let’s face it, Mahler had something to do with it.