Need to be pumped up? In touch with your inner lion/ess? THIS is THE music for YOU. 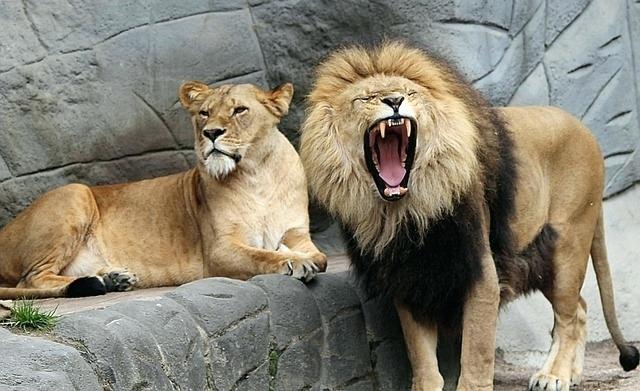 I recall, when I was a kid, being dropped off at the Vancouver Academy of Music for my ballet lessons, wondering what the “Orff” program was. I know there were classes, some kind of method for kids. I knew the Academy offered Suzuki lessons too, which sounded like a cult to this hard core, music-reading piano student. I figured the Orff program was some weird interpretive “music and movement” thing for kids. Later on I learned the Orff method involved the unity of arts including tone, dance, poetry, image, design, and theatrical gesture. I would have loved it.

Orff’s HUGE claim to fame, though, was Carmina Burana. You’ve heard it before. Any big, sweeping, heroic movie involving horses, spears, battle scenes, tragic love scenes, rescuing of helpless damsels in distress, the overturning of the king, etc. etc. – this music will be used. It has also been used in a humorous fashion, an exaggeration of a scene, like a kid approaching dad to confess he broke the living room window.

I actually got to sing in this crazy piece. Carmina Burana, when I was in the choir at the University of British Columbia, lead by choral conductor James Fankhauser, who seemed to sprout extra pairs of arms to cue every voice in the choir. I remember the stage was packed, it was hot, I wore what was legally permitted under my choir robe, and just about keeled over with fright when I first heard the THWACK of the bass drum behind me – never had I sang so close to a symphony drum before. It is one thing to hear a huge work from the stage, where the blend is better, and quite another to be in the throng of it, hearing your neighbours’ individual voices while hearing an orchestra going at it (which most choir singers don’t experience often) and then hearing all kinds of drum whacks going on behind you. It’s like being caught up in a terrific current, only to be tossed over the edge into the waterfall. It was totally exhilarating.

If you ever need to ready yourself for something big – a sports tournament, facing the holidays with your in-laws, or psyching yourself up to clean the bathroom … this is THE music to play first.