Fans of The Beatles and chamber music: this is the perfect concert for you! 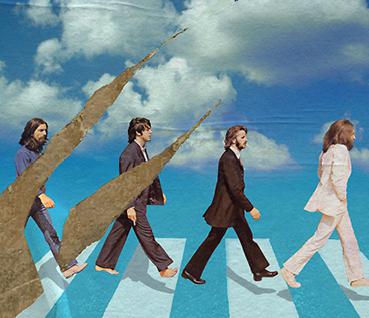 It’s a year of significant anniversaries in music: the world’s biggest chamber music festival, Ottawa’s Chamberfest celebrates 25 years; the Art of Time Ensemble celebrates 20 years, and legendary Beatles album Abbey Road turns 50 this year. Art of Time will perform a re-worked version of Abbey Road at Chamberfest this summer as well as another concert in Toronto this fall. Let’s chat with Art of Time’s Artistic Director, Andrew Burashko, about these concerts, which combines the past and present.

First of all, congrats on Art of Time’s 20th anniversary. How does it feel??
It was a great year – our busiest and full of firsts. I’m looking forward to the next few years.

By the time the Beatles recorded Abbey Road, the band had become quite experimental – much like Art of Time has been, all along. Is this sense of adventurousness what drew you to create your own version of Abbey Road? Or just the 50th anniversary of the album?
This is actually a remount. We first presented it on the album’s 40th anniversary ten years ago. The adventurousness that you mention was not so much the inspiration as reassurance. All of our experiments with pop music are about seeing how far we can push things before the authenticity of the original begins to disappear. The fact that Abbey Road was so ambitious in the first place gave us some room and confidence to play – to find that fine line between authenticity and reinvention. I’m a huge Beatles fanatic. The hardest thing for me to get past was my reverence for the original.

How long did it take to pull this all together? There must be a lot of prep involved.
All the arrangers had four to five months to work on the arrangements and overcome their own challenges with the material. I insisted that all nine arrangers were huge Beatles fans to try to ensure that they wouldn’t miss the point of the exercise. The actual rehearsals took four full days the first time we did it: one with the singers alone to work on the vocal harmonies, and three with the musicians.

Our listeners love hearing the Beatles on classical instruments – it’s popular on our playlist. What can listeners expect of this concert? Will the songs be recognizable?
Listeners can expect Abbey Road to be entirely recognizable. That is what I mean by “authenticity”. None of the melodies have been altered and all the vocal harmonies are original. What’s different is the “fabric” of the music – the instrumentation, counterpoint, and harmony (that’s stretched at times).

Art of Time is performing this at the Ottawa’s Chamberfest, one of the world’s biggest chamber music festivals, and then back in Toronto in September. Have you performed Abbey Road before, or is it a world premiere of all the songs in the order of the album?
All the songs are in the same order as the original. First half of the show is side A and second half is Side B. By design, the opening night of our Toronto run coincides with the date of the album’s original release 50 years ago.

Any differences between Ottawa audiences and Toronto audiences?
It’s hard to say. Both really love the Beatles.

Any future plans for other rock band-inspired programs?
We’ve done quite a bit in recent years, like our shows focused on Frank Zappa and Lou Reed. The next new projects will focus on George and Ira Gershwin, Tom Waits and Joni Mitchell.

Art of Time: Abbey Road plays Thursday, August 8, 2019 at 7 pm as part of the Ottawa’s Chamberfest. It takes place at the Carlton Dominion-Chalmers Centre. Tickets and info here.

Happy anniversary to all parties!