Ah, the nostalgic tunes of Broadway from a bygone era … meet Sigmund Romberg 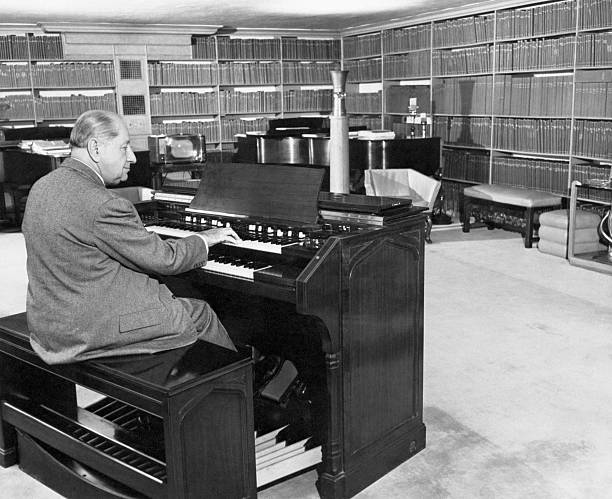 Sigmund Romberg composing at the piano

Hungarian-born American composer Sigmund Romberg is best known for his musicals, operettas, and film scores. One of Romberg’s most successful musicals was “The Whirl of the World”; some of his best-known songs were written for “The Blue Paradise” and “Maytime”, both musicals based on Viennese operettas, full of nostalgic waltzes and modern American dance music. Romberg also wrote songs for “The Passing Show of 1916” and “The Passing Show of 1918”, as well as two works for Al Jolson – “Robinson Crusoe Jr.” and “Sinbad”. One of his huge hits was “Blossom Time”, an adaptation of tunes by Franz Schubert. He collaborated with the Broadway elite such as George Gershwin, Oscar Hammerstein II, and Richard Rodgers. Musical film stars Nelson Eddy and Jeanette MacDonald regularly recorded and performed Romburg’s music.