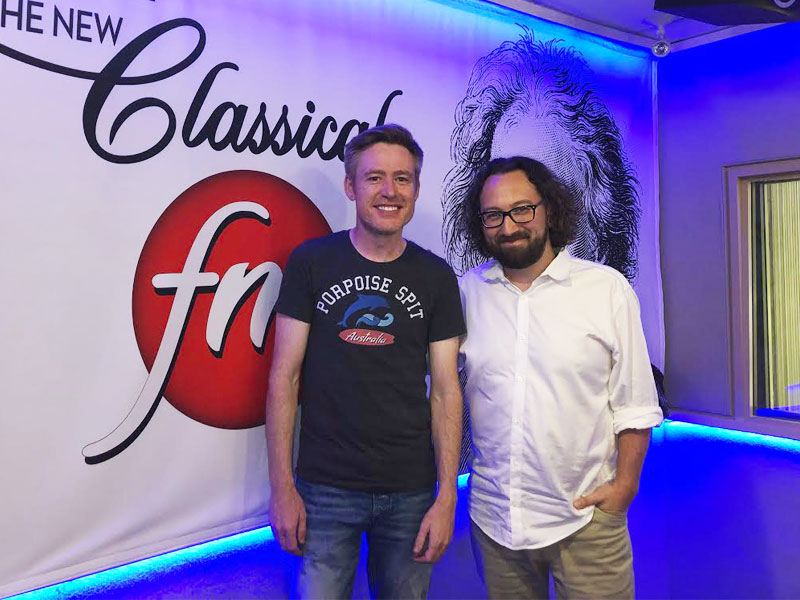 The interactive theatre event, Every Brilliant Thing is set to run AUGUST 2 – 17 at the Festival Players Studio Theatre in Wellington, Prince Edward County. Just a stones throw away from the beloved Drake Devonshire Hotel, and the East and Main Bistro.

The stage piece stars was written by Duncan MacMillan and stars celebrated comedian, actor and writer Gavin Crawford. Gavin is the winner of multiple awards including an ACTRA and two Dora Awards, and he has been a fixture on Canadian screens including his years with This Hour has 22 Minutes.Gavin currently hosts CBC’s Because News and has guest-starred in some of Canada’s most popular shows including The Baroness Von Sketch Show, Corner Gas, and Murdoch Mysteries to name a few. Every Brilliant Thing is a one-of-a-kind, interactive theatrical event that engages its audience. It chronicles a young person’s quest to unearth the best parts of being alive.

Gavin Crawford sat down with Mark Wigmore on The Oasis.

Every Brilliant Thing is set to run AUGUST 2 – 17 at the Festival Players Studio Theatre in Wellington, Prince Edward County. Tickets are available at www.festivalplayers.ca