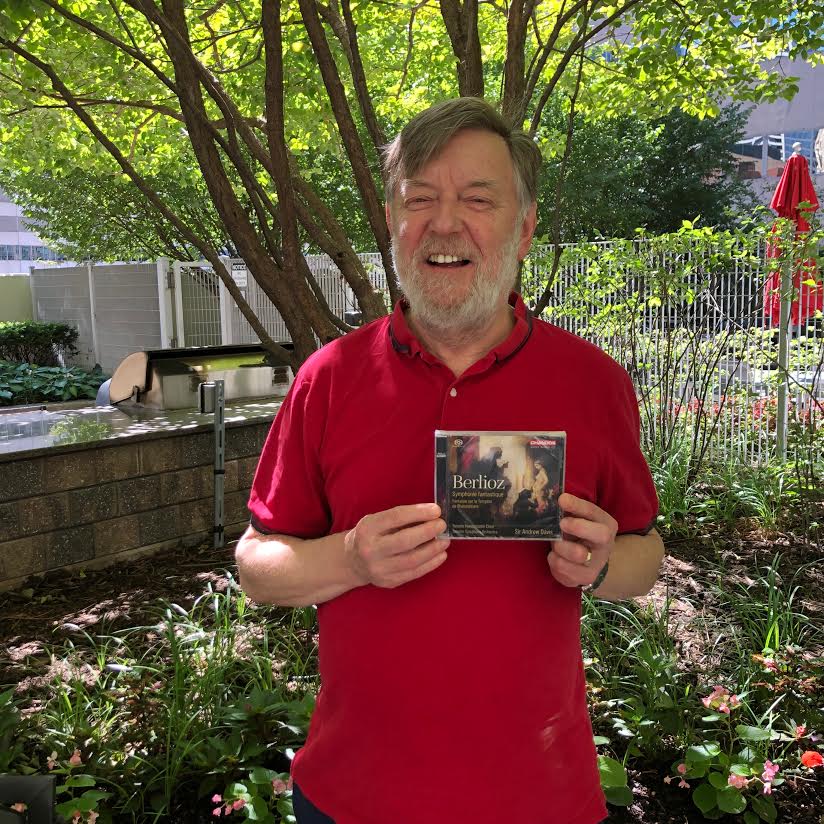 The Toronto Symphony Orchestra has just released Berlioz: Symphonie fantastique. A lot of performers took part (Berlioz was a tad over the top): conductor Sir Andrew Davis, concertmaster Jonathan Crow, and the Toronto Mendelssohn Choir, lead by David Fallis. Also featured on this new recording is Berlioz’ Fantaisie sur la Tempete de Shakespeare, which includes two pianists, Talisa Blackman and David Louie. If this repertoire sounds familiar, it’s because it was recorded September 2018 for the TSO’s opening night concert for the 18/19 season. 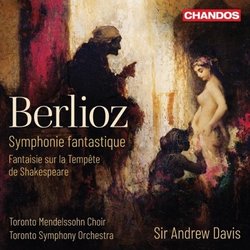 “Sir A” is a lovely guy, chatty, with twinkly eyes. He dances around the podium – check him out next time he conducts the TSO, which is the first three weeks of November. I wanted to get Maestro Davis’ take on this recording, so we sat down to chat.

For those of us unfamiliar with A) Hector Berlioz B) Symphonie fantastique, and C) Fantaisie sur la Tempête de Shakespeare, can you give us a brief summary of each?
Berlioz’s Fantastic Symphony was groundbreaking when it was composed in 1830 only three years after the death of Beethoven. It portrays the emotional development of a young man’s obsession with his beloved, from the idealized portrait of the first movement to her grotesque transformation in the final dance of Witches’ Sabbath. The idea that a symphony could be based on such a personal narrative was unheard of at the time. Berlioz’s use of orchestral colour is masterly.
His Tempest Overture, written in the same year as the symphony, is also radical in that it makes use of both a piano duet and chorus. During its course we meet Miranda and her lover Ferdinand, and the monster Caliban. There’s a pretty good storm in there as well!

Tell us about the recording process – how do you corral an orchestra, extra players, and a choir to be a unified entity with all those terrifying microphones dangling everywhere? Is it ever unnerving, despite your vast experience with making recordings?
I’m happy to say that over the course of the years I have been able to regard the recording process as a performance sometimes interrupted and repeated. From being terrified of microphones as a young man, I am now able to ignore them completely.

That’s amazing! I’ve heard some musicians express neuroses about recording – leaving down an interpretation for posterity, knowing it may change in future. Like Glenn Gould’s early and late recordings of Goldberg Variations – they’re so different. Do you ever share this concern?
It is certainly true that each recording represents only the way that the performers feel about the piece on a given day. One of the great joys about making music is that no one performance will ever be exactly the same. One must therefore always remember that and not regard any of one’s recordings as definitive.

You’re such an amazing speaker, whether it’s a broadcast interview or onstage, introducing the audience to the next work. Do you think all performers have to be as adept at addressing the audience as you are?
I believe that audiences enjoy some personal introduction to the music from those performing it. However I do not consistently introduce everything; it is only when I feel that the audience’s appreciation and understanding of a work will be significantly enhanced by what I have to say.

Last question about the TSO. You’ve been its Music Director, then its acting Music Director when the search was on after Peter Oundjian left. Clearly there’s a special bond between you and the TSO. What words of advice do you have for incoming Music Director Gustavo Gimeno?
My long association with the TSO has been one of the greatest joys of my life. Every time I come back it feels like returning to family. My wish for Gustavo Gimeno is that he will always feel the same way!

Berlioz: Symphonie fantastique was recorded on the Chandos label, and it is now available for streaming on Spotify, iTunes and Apple Music, and  is available for purchase as a hard copy. For info on this recording, please visit TSO. For general info on the TSO, please click here.