From the bon vivant to the first composer millionaire: Hahn & Ketelbey 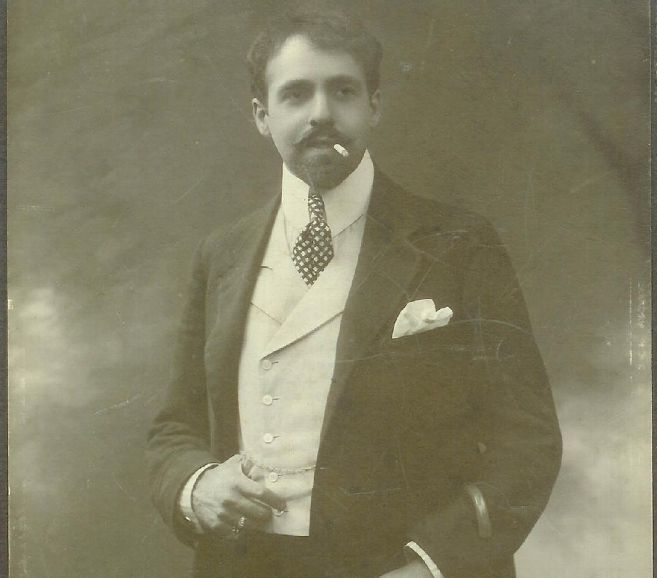 Reynaldo Hahn is considered a French composer, having moved to France when he was a toddler, but he was born in Caracas, Venezuela, to a father of German-Jewish extraction, and a mother of Venezuelan and Spanish (Basque) origin. Since the political situation was looking iffy, the family upped and moved (all twelve children, Reynaldo being the youngest) to Paris. At the Paris Conservatoire, Hahn studied with some of the best: Massenet, Gounod, Saint-Saens, alongside fellow students Cortot and Ravel.

Hahn formed closed friendships with women, charmed them, dressed well, and kept his private life in the closet – until he met Marcel Proust who was an aspiring writer. They formed a romantic relationship, connecting over the fine arts, literature, and the music of Gabriel Faure. Perhaps under Proust’s influence, he sharpened his own writing skills, became an established music critic and writer, and, like Proust, was clever in writing about the little details.

Hahn enlisted during World War I, when he was considered too old at age 40, but served on the front lines, all the while composing song cycles based on the poets of Robert Louis Stevenson. After the war, he conducted, managed the Cannes Casino Opera House, and was a widely read critic. Hahn was again affected by war; when World War II broke out, he had to flee Paris, likely due to his Jewish background. He returned to Paris when the war ended, and died two years later of a brain tumour.

Albert Ketelbey was an English composer, conductor, and pianist, who excelled at light, short, orchestra pieces. His short works were so popular both in performance and in publishing, he actually became Britain’s first millionaire composer in the 1920’s. His popularity waned around the time of World War II. He wasn’t as creative, the BBC broadcast little, if any, of his works, and he was distressed that he was falling into obscurity, which was the case at the time of his passing. He would never know that in more recent decades, his music would be revived, broadcast regularly on the BBC again, and performed at the Night of the Proms.

One of Ketelbey’s most popular little gems is “In a Persian Market”. The music conjures up sounds of camel-drivers, jugglers, and snake-charmers – in other words, what the western world thought was Persian. Ketelbey’s own synopsis includes a caravan arriving, beggars, a princess carried by servants, and all the goings-on of a bustling outdoor market. The work, at about six minutes long, is still a popular choice for theatre music or comic scenes on television and film. Here’s Andre Rieu conducting and performing.