So many Strausses, so many waltzes: Josef 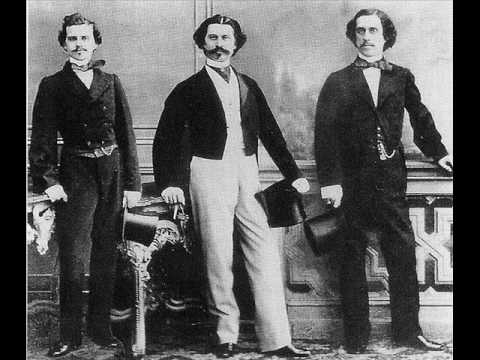 Josef Straus was part of the famous waltz family; he was the middle child of the three Strauss brothers. Josef’s older brother was Johann II and his younger sibling was Eduard. His father, Johann Sr., wanted Josef to join the military; instead he became an engineer and designer. He showed talent as an artist, pointer, poet, and composer, of course.

Josef joined the family orchestra and his early forays into composer were appreciated by the waltz-loving audiences. He decided to pursue composition, and wrote many waltzes and polkas. He did not live a long life; he was prone to dizzy spells, even passing out sometimes, and migraines. He passed out during a performance and died shortly after at the age of 43. Who knows what lasting fame he may have achieved as a waltz composer; Johann II was moving on to stage works, and Josef would have naturally taken the waltz baton and ran with it.

This waltz, “The Mysterious Powers of Magnetism (Dynamiden)” not only has a terrific title, but is also in a minor key, which is unusual for the Viennese waltz. While I understand why his older brother’s waltzes were more popular, I find Josef’s music intriguing – it’s a little darker, and less “composed to please”. Sometimes I like music right away, other times I don’t; then there is music that intrigues me, and makes me want to know more. That was my reaction to Josef Strauss’ music.