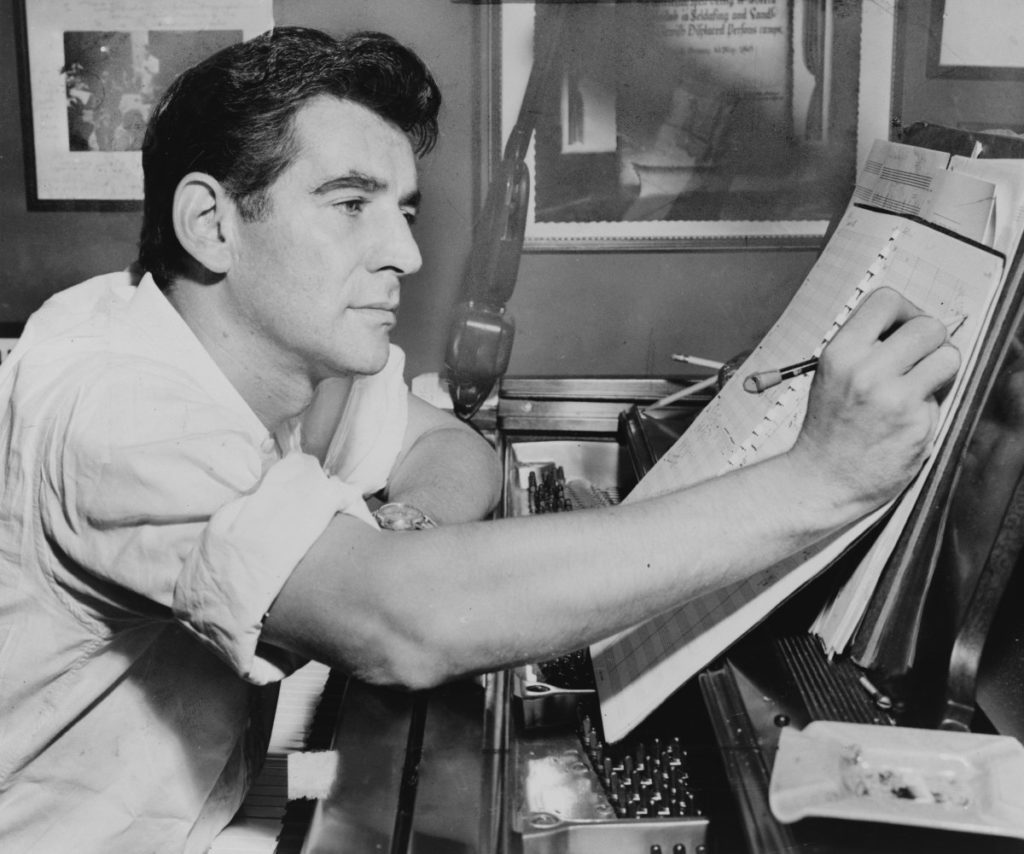 Sunday marks the 101st anniversary of the birth of the great American composer, conductor, and education advocate, Leonard Bernstein.  He was a complex man, a force of nature, a creative typhoon, and alternately encouraging or cantankerous in rehearsal.

The conductor
Berstein was Music Director of the New York Philharmonic from 1958 – 1968, and the first American-born and trained conductor to do so. He was named Laureate Conductor for Life, and continued an association with the Phil. Characteristics of his style were very physical, and emotional, and full of life on the podium, as evidenced in many of the archival photos. It was not only for show; the rehearsals revealed this, too. 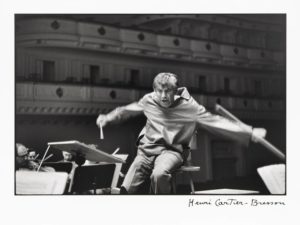 The educator
Bernstein developed his own philosophy, “Artful Learning”, in which the arts can strengthen learning and be incorporated in all academic subjects. He taught at the Tanglewood Music Festival, and became a household name in the US thanks to his 53 televised Young People’s Concerts on CB, which lasted an impressive 12 years. Have a look at broadcast from the first year of the Young People’s Concerts. It’s as though he gives children permission to simply enjoy the music, and not worry about anything else.
“What Does Music Mean?”

That time he made a disclaimer
Here’s the most famous Canadian connection to Leonard Bernstein. This disclaimer went down in history because Leonard Bernstein was so taken aback by Glenn Gould’s unorthodox interpretation of the Brahms Piano Concerto No. 1 in D minor, he actually came out to address the audience about the difference in opinion between the two. He even posed The Big Question: “Who is the boss? The soloist or the conductor?” Bottom line, Bernstein was an amazing sport to be open-minded enough – and aware of Gould’s genius – to go for it, and to follow Gould’s lead on this one. This link includes the disclaimer and actual performance.

Leonard Berstein’s Mambo – with Sistema conducted by Dudamel
In recent years, conductor Gustavo Dudamel became synonymous with the Mambo, as performed by the Simon Bolivar Symphony Orchestra. This is a high-voltage performance, in which the crowd goes nuts, the musicians dance and twirl their instruments, and all hell breaks loose, but in the good way. I think Bernstein would have loved it.