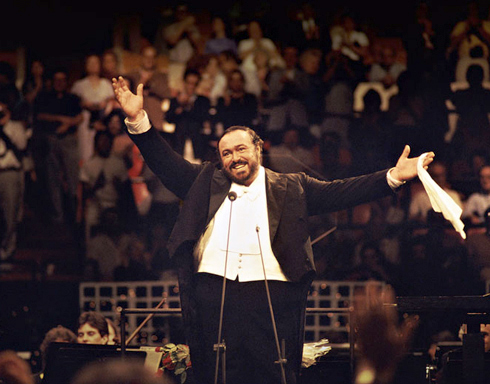 Has it really been 12 years since we lost the great, the legendary, the one and only Luciano Pavarotti? “Sunday Night at the Opera” host Alexa Petrenko marks this anniversary this Sunday evening. In her words:

“Luciano Pavarotti, one of the greatest lyric tenors in history in his prime, passed away on September 6, 2007. His voice and his spirit live on in the imagination of our hearts. We’ll hear him as Rodolfo in Puccini’s La Boheme, the role in which he made his debuts in the 1960’s at Covent Garden, La Scala and the Met; as Tonio of the nine high C’s in Donizetti’s La Fille du Regiment opposite Joan Sutherland; and as Calaf of ‘Nessun Dorma’ fame in Turandot with conductor Zubin Mehta.”

(If you watched the FIFA World Cup concert with The Three Tenors from Italy in 1990, you’ll remember a few of the arias in store.)

“Sunday Night at the Opera” airs at 9 PM on The New Classical FM.