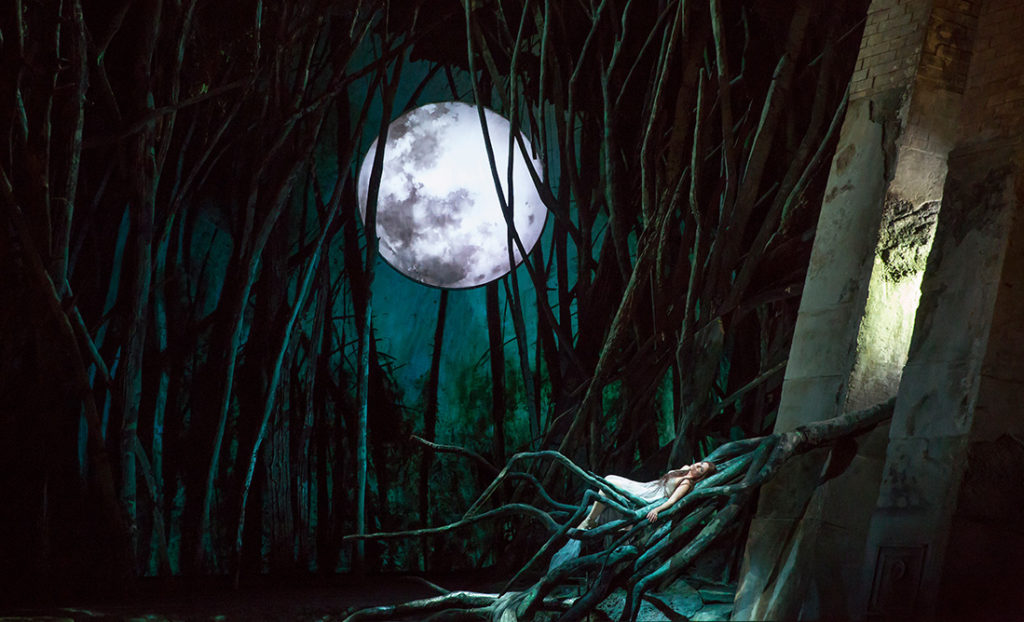 Rusalka is coming to the COC with Sondra Radvanovsky! (File photo of Ana María Martínez in the title role from Lyric Opera of Chicago, 2014.) Photo: Todd Rosenberg

Here at The New Classical FM we’ve started to fill out our calendars for the month of October. There are too many amazing concerts and events happening in the Toronto area to list them all, but below are a few that we think you’ll really enjoy!

October 3 & 4 at 7:30 pm; Oct 5 at 12:30 pm & 7:30 pm
Toronto Symphony Orchestra
Star Wars: Return of the Jedi – In Concert
In the spectacular sixth episode of the Star Wars saga, the fate of the entire galaxy hangs in the balance as father and son face off in the ultimate battle of good versus evil. Revisit the original trilogy’s finale and experience John Williams’ grand, emotional score as the TSO performs it live with the film.
There will be a 20-minute intermission approximately 60 minutes into the film.
Roy Thomson Hall (Simcoe at King)

October 11 at 7:00 pm
Neil Crory Tribute Concert. Remembering the Toronto producer and impresario, one of the biggest supporter and mentor of opera singers.
Trinity St. Paul’s Centre (Bloor at Spadina)

October 16 – 19 at 8 pm & October 20 at 3:30 pm
Baroque Roots. Getting to know a range of composers with Viennese connections, whose music you may not encounter otherwise; also, a concerto by Vivaldi. Included is a world premiere of a work by Guido Mornini. Take in a 2:30 pre-concert chat given by Tafelmusik violist Patrick Jordan.
Trinity St. Paul’s Centre (Bloor at Spadina)

October 26 at 8:00 pm
The Royal Conservatory
Sir András Schiff
A major-league pianist making a rare Toronto appearance. Along with his piano concerts, he’s known as a conductor, teacher, and lecturer. He will perform two works by Schumann and two sonatas by Beethoven. Also featured a 7:00 pm Prelude Recital with students from the Glenn Gould School. This concert is sold out, but you never know if last-minute tickets are released.
Koerner Hall (Queen at University)