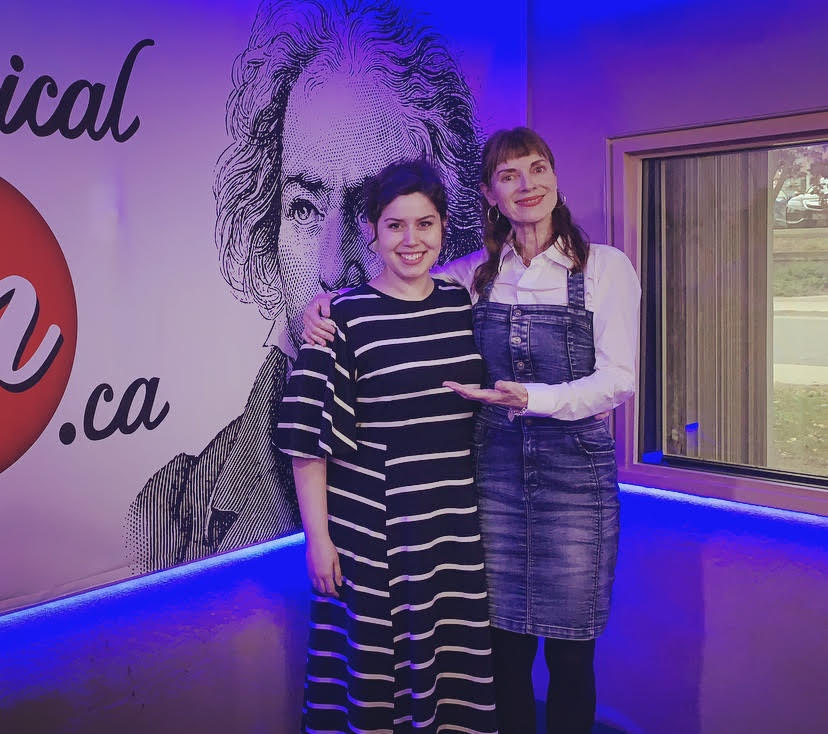 Soprano Vanessa Vasquez chatted with with Mike and Jean on “Classical Mornings” about her role as Liu, the ever-loyal slave to Calaf (who doesn’t return the sentiment) in Turandot, which opened the season this past weekend at the Canadian Opera Company.  The role of Liu includes one of the most beautiful pieces in the opera. Vanessa shares the role with Joyce El-Khoury; check the site for dates.

Vanessa will also sing as part of the Free Concert Series tomorrow at noon at the Four Seasons Centre for Performing Arts in a concert entitled The Maiden and the Nightingale with pianist Miloš Repický. Composers include Strauss, Rachmaninoff, Tchaikovsky, and Granados. Line up early – the seats fill up quickly.

Turandot (the one with the aria Pavarotti made mainstream – “Nessun dorma”) runs until October 27 at the Four Seasons Centre for Performing Arts on Queen Street at University in downtown Toronto.