The Connection between Bizet’s Carmen and The New Classical FM (hint: Jean Stilwell) 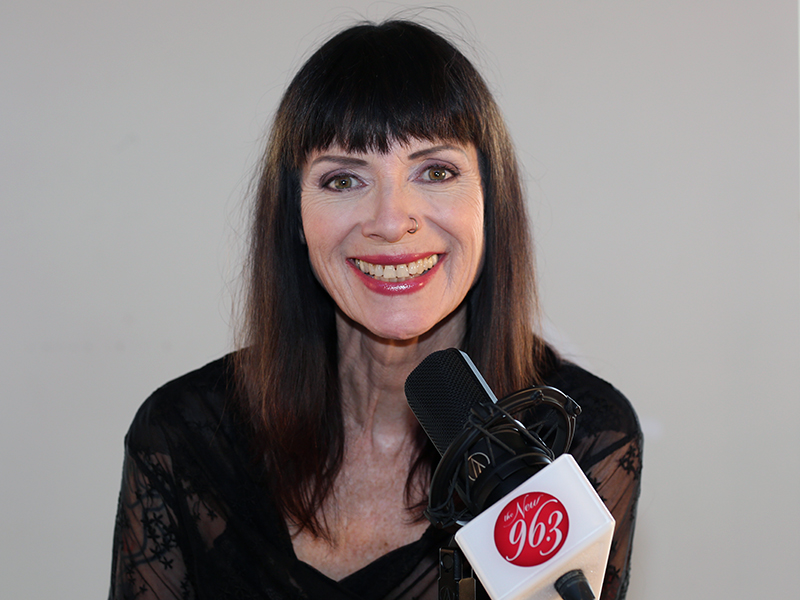 Georges Bizet composed one of the most beloved opera in history, Carmen.  When it premiered at the National Theatre of the Opera Comique in Paris, on March 3, 1875, it wasn’t a hit. Audiences didn’t know what to make of the subject matter – a minxy cigarette girl who toys with men’s emotions, the realism of portraying working-class people, and the “noise” of the orchestra. At least Bizet was already acclaimed enough to be awarded the Legion of Honour, which was announced the same day as Carmen’s premiere.

There’s a connection to Carmen right here at The New Classical FM. “Classical Mornings” co-host Jean Stilwell performed the role of Carmen throughout her career, so I thought I’d ask her some questions about one of opera’s most well-known tragic heroines.

“Carmen” is a signature role for you. What is it about her that resonates with you so much? The character, the fach (voice type), etc.?

The role sits perfectly in my voice. The weight of the role, is a gift. The music is gorgeous, and it was sublime to sink into her fascinating personality. It was written for a solid lyric mezzo, although many sopranos have recorded it because it’s so juicy. Carmen is a very seductive, powerful, and beautifully written part.

She’s a fascinating character and the role I sang the most. She’s on stage for most of the opera. I loved being so powerful in such a safe place, and having the opportunity to evolve her. Every time I sang her there were new things to add or subtract. The cast was usually different, so the relationships and production were always different. Good Directors would make use of me in the best possible light. It wasn’t about directing “traffic” on stage; it was about analyzing the relationships. The more I sang her the more directors and conductors trusted me. They wanted to see what I would bring to her. They trusted my tempi (paces) and the work I had done on myself to interpret her. Carmen has been torn apart as each Director struggles to say something new. Oh the stories I could tell you …
I worked very hard keeping my body in good shape.  I kept fit to look believable as sexy Carmen, using my body in a sensual and seductive way. For the last production I did, the Director asked me how I would like to portray her … how I saw her. A friend of mine suggested this perspective : “how would Carmen sing Jean Stilwell?” Whoa, it was so much fun! The lines/perspective blurred. I bled into her and she into me; a delicious challenge.
—

How do you make it your own when the music is so well-known ?
Your back story must be thoroughly investigated with as much truth as you are able to reveal. Joan Dornemann, a brilliant coach at the Metropolitan Opera said in a Master Class, “you all need to go into therapy to know who you are so that you can access your truth and bring that uniqueness to your role.”  I completely understood what she was saying.   We are a work in progress right up until the day we die.

An exchange of energy is important, too. That is what relationships are all about.  You listen and respond … you need to be open-hearted. It is a huge delightful challenge. Every time you perform, that performance is unique.  It’s the same for actors. When I first sang Carmen, I was completely freaked out and intimidated. She IS the opera.

What do you think Bizet would make of the opera’s success, especially given public indifference when it premiered?
I  don’t know enough about him to speculate. If he was alive today he’d be raking in a ton of dough. So his mortgage would be well looked after.
***
I found a casual salon presentation of Jean singing La Habanera, with the pre-amble leading to this famour tune. It’s a flirtatious warning about “love being a rebellious bird”. It’s a hilarious performance – click and you’ll see why. The pianist is Patti Loach.

Liz Parker is the Digital Content Editor for The New Classical FM, a piano teacher, and stylist. [email protected]