How our hosts think of Remembrance Day in music 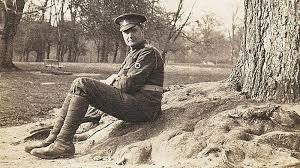 All morning, The New Classical FM will honour those who bravely fought for our freedom, many making the ultimate sacrifice. You’ll be able to hear all kinds of beautiful and moving music for Remembrance Day. When asked “in musical terms, what sums up Remembrance Day to you?” our hosts responded with these choices.

Jean Stilwell, “Classical Mornings”
“The Duruflé Requiem came to mind immediately. Requiems are masses for the dead; this one is so rarely done and yet exquisitely beautiful. It’s intimate, isolating, lonely, and tremendously sad. I feel so full of gratitude every time I hear it.”

Bill Anderson, host, “Bill’s Classical Jukebox”
“‘Abide With Me’. It was always a part of ceremonies in my secondary school.”

Mark Wigmore, “The Oasis”
Oboist Albrecht Mayer put out a new record in 2019 – Longing For Paradise. The repertoire selected comes from composers who have faced some version of violence, and seek to respond with sonic beauty. In the case of Richard Strauss and Ravel, both men wrote pieces following the Great War of their era. As it says in the liner notes: “When the world threatens to descend into chaos, the longing for Paradise grows apace.”

Kathleen Kajioka, “A Little Night Music”
“Dietrich Buxtehude’s Klaglied ‘Muss der Tod denn auch entbinden’ (“Must death then unbind what nothing can unshackle”). While not specifically about war remembrance, this is my pick. It was written on the death of his father. The gambas pulsating beneath the simple yet exquisitely crafted melody make this one of the most poignant grieving arias I know.”

Alexa Petrenko, host, “Sunday Night at the Opera”
“Barber’s Adagio for Strings. The original string quartet movement is commonly performed in Barber’s own orchestral arrangement; he later revised it for choir, a version I chose as I was a choir singer back in the day.”