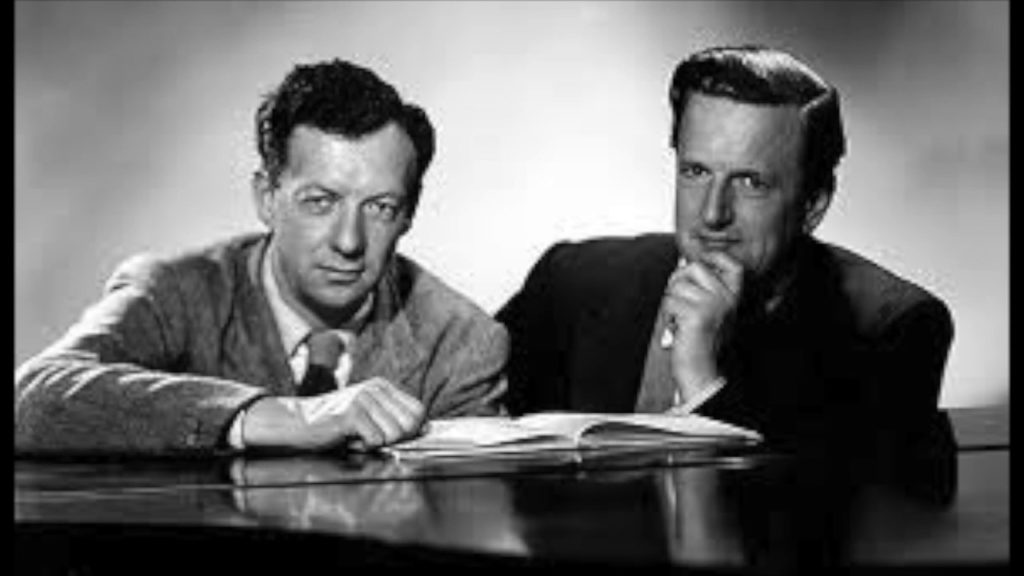 Benamin Britten, left, with his partner in life and music, Peter Pears

November 22 marks the anniversary of the birth of Benjamin Britten, the English composer, conductor, and pianist, who wrote a large range of works including opera, other vocal music, orchestral and chamber pieces. His muse was good friend and eventual life partner, tenor Peter Pears , who inspired many of Britten’s songs. Britten’s legacy is not only his music, but the education initiatives he left behind, which continue today.

Aldeburgh Music is an English arts festival devoted mainly to classical music. It takes place every June in the Aldeburgh area of Suffolk, England, in Snape Maltings Concert Hall. It was founded by Britten, Pears, and librettist/producer Eric Crozier. What began as a modest festival, featuring the English Opera Group performing opera productions, grew to into not only a festival, but a creative centre presenting poetry, literature, drama, lectures, and art exhibitions. It opened in 1948, and continues to this day.

The Britten-Pears Artist Programme is an offshoot of the festival, founded in 1977. The programme mentors exceptionally talented young students from the UK and around the world. Master classes have been given by the likes of soprano Elisabeth Schwarzkopf, pianist Murray Perahia, and cellist Pierre Fournier.

Friday Afternoons is a collection of 12 songs by Benjamin Britten composed in the mid-1930s for the students of Clive House School where Britten’s brother, Robert, was headmaster. This charming song, “Cuckoo”, is sung by the Toronto Children’s Chorus.

Benjamin Britten was born November 22, 1913 in Lowestoft, Suffolk, and died in December 4, 1976 in Aldeburgh, Suffolk.